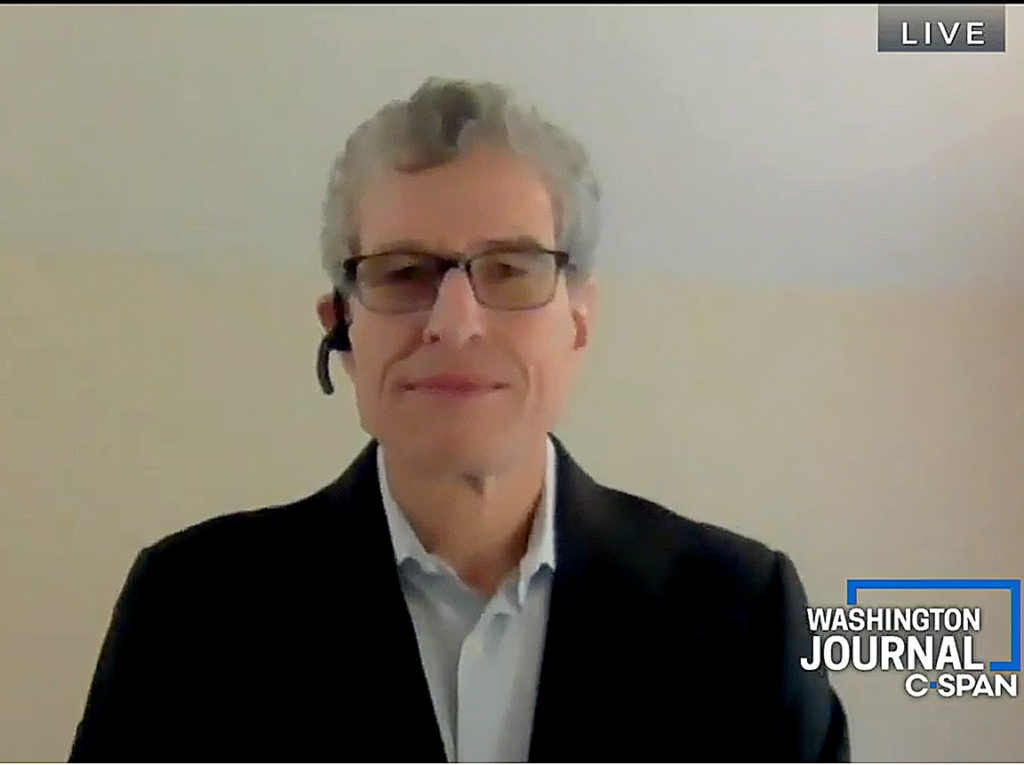 Leslie Dach is a career administrator and policymaker who has held senior positions in government, private industry, and the nonprofit industry. Currently, he is the board chair of Protect Our Care, a coalition of advocacy groups that aim to preserve the Affordable Care Act (commonly referred to as Obamacare) and promote other left-of-center healthcare policies. He also sits on the boards of a solar energy firm and the Environmental Defense Fund, a leading environmentalist advocacy group. He has also worked as a senior advisor to the 2016 presidential campaign of former Secretary of State Hillary Clinton, a senior counselor at the Department of Health and Human Services (HHS) under the Obama administration, and an executive vice president at the retail giant Walmart. [1]

Leslie Dach received a bachelor’s degree in biology from Yale University in 1975. The following year, he took a job with the Environmental Defense Fund, an organization to which he would return as a board member several decades later. After receiving his master’s degree from the Harvard University School of Government, he spent several years managing government relations for the National Audubon Society, an environmentalist group which focuses on protecting birds and their habitats. After a brief stint as special assistant to the chairman of the Senate Committee on Agriculture, he joined the public relations firm Edelman, where he spent more than seventeen years and eventually rose to the position of vice chairman. During his time at the firm, he also joined the board of directors of the World Resources Institute, an international environmentalist think tank, and remained on the board until 2013. [2]

Dach left Edelman in 2006 and went to work for Walmart. As the executive vice president of corporate affairs, he oversaw lobbying efforts, reputation management, philanthropic initiatives, and government relations. Dach expanded the corporation’s engagement with left-of-center social causes and claims that he “significantly changed Walmart’s operations, reputation and social footprint.” He left Walmart in 2013. [3]

In July 2014, Leslie Dach was appointed as the senior counselor to Obama administration HHS Secretary Sylvia Burwell, who had been transferred from her position as director of the Office of Management and Budget to replace former HHS Secretary Kathleen Sebelius. [4] According to Dach, his primary responsibilities included helping implement the Affordable Care Act and oversee the “long term transformation of the U.S. health care system.” [5]

During the 2016 election cycle, Dach spent seven months working in an advisory capacity for the presidential campaign of Hillary Clinton. The following year, he became a senior advisor to the grantmaking organization Co-Impact, a project of the New Venture Fund that promotes left-progressive gender ideology and other social agendas to governments in third-world countries. [6]

Dach has been the board chair of the left-of-center healthcare policy advocacy group Protect Our Care since November 2016. [7] In October 2018, the organization ran a series of ads attacking U.S. Senator Susan Collins (R-ME) for supporting the nomination of Justice Brett Kavanaugh to the Supreme Court. In a statement, Dach claimed that choosing Kavanaugh was part of President Donald Trump’s “war on health care” and that Collins had “failed” by supporting his nomination. [8]

Leslie Dach’s son Jonathan Dach worked for the Office on Global Women’s Issues at the State Department under the Obama administration. In October 2014, several news sources including the Washington Post and The Hill reported that the White House had failed to act on evidence that Jonathan Dach had hired a prostitute during an official trip to Colombia. According to The Hill, investigations by the Secret Service and the Department of Homeland Security had linked Dach to a woman advertising herself online as a prostitute and determined that she had visited him at a hotel. [9]

In August 2016, the radical-left World Socialist Web Site (WSWS) criticized Dach, who at the time was advising the Clinton campaign, for reaching out to prominent Republicans opposed to then-candidate Donald Trump and attempting to secure their endorsements for Clinton. According to WSWS, the initiative demonstrated that the Clinton campaign “has taken a further turn to the right.” [10]