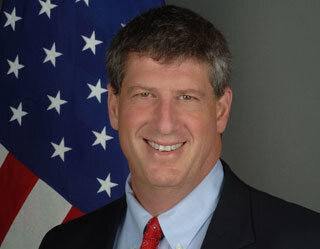 Gips was one of the founders and architects of the organization which became AmeriCorps.

Donald Gips attended Harvard for his undergraduate degree and Yale for his Master’s degree. He has received awards from both institutions, such as the Ames Award for public service at Harvard. [1] He and his wife Elizabeth have three children. [2]

Gips’ career started in Sri Lanka, where on a fellowship he helped install water wells. He then went into politics on a senatorial re-election campaign and as a policy advisor for then-New York City Mayor Ed Koch (D) before working as an executive manager for McKinsey and Company. [3]

Gips went on to be part of the team which drafted the report What You Can Do For Your Country, a report of the Commission on National and Community Service. [4] After the report became the blueprint for AmeriCorps under President Bill Clinton, Gips assisted Congress with setting up AmeriCorps. He then worked for the Federal Communications Commission for four years, directing strategy and becoming the agency’s international bureau chief. [5]

A meeting with then-Illinois State Senator Barack Obama (D-Chicago) in 2004 propelled Gips into senior political positions. He fundraised for Obama’s U.S. Senate campaign, assisted with Obama’s office staffing in Washington, and helped Obama strategize for his Presidential transition team. He also “bundled” more than $500,000 in contributions for the then-presidential candidate before becoming director of personnel for the Obama White House in 2009. [7]

Later that year, President Obama appointed Gips U.S. Ambassador to South Africa, a post he held until 2013. [8] During that time, Gips criticized the South African government’s heavy-handedness against media criticism. [9]

After the Obama Administration

Gips’ first position after leaving the Obama administration was as senior counselor for Albright Stonebridge Group, where he led African operations. He became partner in 2016. [10] Albright is a worldwide business consulting firm chaired by former U.S. Secretary of State Madeleine Albright. [11]

Gips was announced as the CEO of the Skoll Foundation in 2019 to help the Foundation increase its left-leaning support for social change groups domestically and internationally. [12] The Foundation is fomerely a leading funder of climate alarmism at influential groups like New Venture Fund, Mother Jones, and Gore’s Climate Reality Project. [13] Gips formally took the position as third-ever CEO of the Foundation at the Foundation-hosted Skoll World Forum on Social Entrepreneurship in April 2019. [14]

The Foundation ended its most active climate spending in 2017 after the Skoll Global Threats Fund became an independent organization. From January 2018 to February 2020, the Foundation’s website reported 11 grant recipients which focus on issues like U.S. incarceration, food scarcity in Africa, and anti-poverty initiatives. Many of these groups have left-leaning descriptions. [15]