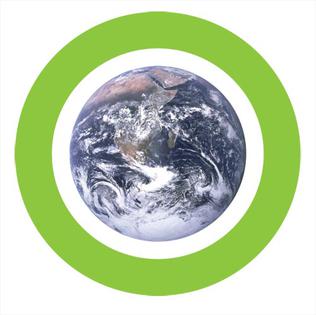 Founded by former Vice President Al Gore in 2006, the Climate Reality Project (formerly the Alliance for Climate Protection), is a leader in advocating for aggressive policies to combat what it sees as apocalyptic, human-caused global warming.[1] CRP is a major backer of the Paris Agreement, a plan to cut carbon emissions worldwide, and also pushes wind and solar power.[2] It uses grassroots training, worldwide media events, and digital marketing to spread its message.[3]

In late 2016 the African branch of the Climate Reality Project opposed the construction of nuclear power plants in Africa. Nuclear energy produces no carbon dioxide or other greenhouse gas emissions. In November 2020 the International Energy Agency reported that 590 million Africans did not have access to reliable electricity. [4] [5] [6]

CRP’s power has shrunk over the years, with donations to the group seeing a precipitous drop between 2008 and 2013, and while it poured millions into supporting the cap-and-trade energy bill on Capitol Hill in 2009, it had stopped lobbying lawmakers just a few years later.[7]

The alliance launched a $300 million campaign in 2008 called Repower America with the goal of mobilizing Americans to push for reductions in greenhouse gas emissions, one of the most costly public advocacy campaigns in American history.[8] That included partnering with such groups as the National Audubon Society and Girl Scouts to push awareness.[9] The campaign was funded by private donations and proceeds from Gore’s books on climate change, as well as his documentary An Inconvenient Truth.[10]

Following the BP oil spill in the Gulf of Mexico in 2010, the alliance was among the green energy groups that used the incident to increase awareness of its efforts. Repower America raised money to blitz the airwaves with a television advertisement pressing America to end its dependence on fossil fuels, lest there be more spills.[11]

Buzzfeed reported that at its height in 2009, the alliance employed more than 300 people across 40 field offices in 28 states, putting $28 million into advertising and marketing. By 2013, all of those field offices had been shut down and there were only 30 employees in Washington, D.C., with a focus on digital advocacy. One former major donor  told the media outlet the group’s vision was “very naïve.”[12]

Following the election of President Donald Trump, the alliance began a campaign on its website attempting to raise $100,000 for its marketing efforts during the new president’s first 100 days in office.[13]

In a November 2016 position paper, the African branch of the Climate Reality Project opposed the construction of nuclear power plants in Africa. [16] [17] [18] In November 2020 the International Energy Agency reported that 590 million people in Africa had no access to reliable electricity, making the continent home to three quarters of the world total of 800 million people still living in energy poverty. [19]

The African Climate Reality Project report began by stating that 17 African nations were “seriously considering, conducting pre-feasibility studies or rolling out national nuclear programmes.” It concluded that nuclear power was “unsafe, bad for the environment and for people and is very costly.” Instead of nuclear, the report recommended that African nations invest in “sun, water and wind” energy systems. [20]

Climate Reality Project is most closely associated with former Vice President and Democratic Party candidate for President Al Gore. Gore serves as chairman of CRP’s board of directors.[23]

Gore has been criticized for holding for-profit interests in the renewable energy industry that could profit from his environmentalist activism. In congressional grilling from Rep. Marsha Blackburn (R-Tennessee) on April 24, 2009, Gore admitted to profiting from investments he had made in green energy companies while pushing his anti-carbon message, although he claimed to have put “every penny” into the Alliance for Climate Protection.[24] As Gore continued to invest in green energy, he categorized investments in carbon assets as “unwise and increasingly reckless” in an Oct. 30, 2013, op-ed in the Wall Street Journal.[25]

Gore partnered with Cathy Zoi, who served as chief of staff on environmental policy during the Clinton administration, to start the alliance. Zoi initially served as CEO before serving as Assistant Secretary for Energy Efficiency and Renewables at the Department of Energy during the Obama administration, from 2009-11.[26]

As a 501(c)3 nonprofit, the alliance is not required by the IRS to disclose its donors. Gore has intimated he has sunk millions into the group.[30] Other known donors include the Benificus Foundation, the Tides Foundation, the Barbra Streisand Foundation and the Horn Foundation.[31] In previous years, the Open Society Institute associated with George Soros, the Skoll Foundation, the Marisla Foundation, and the Sumner Redstone Charitable Foundation contributed to the Alliance for Climate Protection.[32]

The Climate Reality Action Fund, a 501(c)(4) group associated with the Climate Reality Project, helps secure funding for the organization from private donors.[33] Some volunteers have helped raise money for the organization on such crowdfunding sites as GoFundMe.[34] The group made independent expenditures in the 2016 election, supporting Democrats Hillary Clinton for President and Patrick Murphy for U.S. Senate in Florida.[35]