Resources for the Future (RFF) 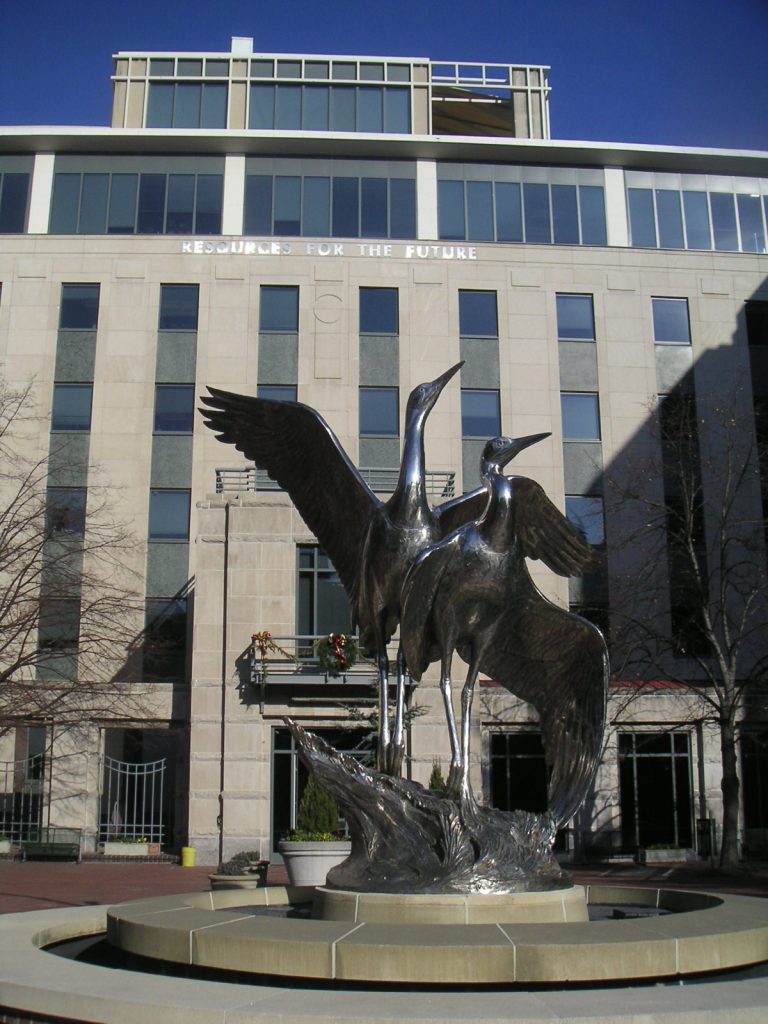 Resources for the Future (RFF) is an environmentalist think tank based in Washington, D.C. RFF creates policy papers and memos to support their left-of-center agenda. RFF focuses on increasing environmental regulations, especially related to global warming.

In 1951, President Truman formed the Material Policy Council that issued a report titled Resources for Freedom: Foundations for Growth and Security. The report recommended a non-governmental organization be formed to “analyze the supply of the country’s natural resources.” [1] This led to the founding of RFF as an organization in 1952, with funding from the left-wing Ford Foundation. Over the following decades, RFF supported environmentalist policies, including the Clean Air Act and Clean Water Act. [2]

RFF supports increased taxes on carbon emissions in an effort to fight global warming. Such a tax would cover products such as gasoline, diesel, and heating oil. [3] This would increase the cost of goods and services for everyone, which would disproportionally impact low income households according to RFF. To combat the regressive nature of the tax, RFF proposes that government provide rebates, subsidies, or tax cuts elsewhere to offset the costs to households. [4]

In March 2019, Senator Chris Van Hollen (D-MD) and Representative Don Beyer (D-VA) announced their 2019 Health Climate and Family Security Act at an RFF event called “Putting a Price on Carbon.” [5] The legislation “puts a price on carbon through a cap and dividend mechanism” according to Van Hollen. The bill would require “first sellers” such as oil, natural gas, and coal companies to purchase a permit that caps their carbon emissions. The revenues generated from the tax would be redistributed to households in an effort to relieve the increased costs on necessities such as gasoline and energy. [6]

The European Union has implemented a carbon pricing policy, but RFF thinks it may not be enough. As of late 2018, the price per metric ton of carbon ranged between $25 and $30 which RFF found acceptable; however, an economic downturn or political shock could drive down the price. [7] RFF has proposed an absolute price floor for carbon in the EU. [8]

RFF released a report critical of the Trump administration’s decision to ease fuel efficiency regulations for new vehicles. The report claimed that while effects on carbon emissions would be minimal, the rollback would disincentivize companies from innovating fuel-efficient vehicles. [9]

Richard G. Newell, a Duke University professor who served as Administrator of the U.S. Energy Information Administration during the Obama administration, is president and CEO of Resources for the Future. He had previously worked for RFF before Duke gave him a faculty appointment. [12]

Newell succeeded Phil Sharp, a board member of the environmentalist-left Energy Foundation who previously served 20 years in the U.S. House as a Democrat from Indiana. [13] RFF’s board of directors includes left-of-center individuals Senator Mary Landrieu (D-Louisiana); David Hawkins, a longtime member of the Natural Resources Defense Council; W. Bowman Cuter a senior fellow and director at the Roosevelt Institute; and Sally Katzen of the Podesta Group. [14]

RFF also receives funding from companies with BP, Chevron, and Duke Energy each contributing more than $50,000 a year. [16] RFF also has received funding from federal government agencies including the Department of Energy, FEMA, NASA, EPA, and FDA. [17] International sources of funding are the World Bank and Government of Quebec. [18]

Resources for the Future (RFF)