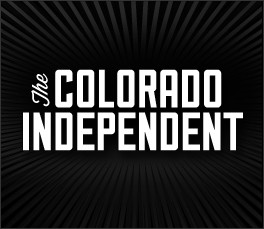 The Colorado Independent is a left-of-center political news website focused on Colorado. The site frames stories and publishes opinion pieces in ways that demonstrate support for liberal expansionist immigration policy including legal status for illegal immigrants, environmentalist initiatives, and gun control. The website was founded by the left-of-center American Independent Institute and is funded by left-wing organizations. [1] [2] The site commonly publishes guest posts from left-wing individuals advocating for liberal policies.

After the American Independent Institute ran into financial difficulties and had to shut down the website, in 2013 the Colorado Independent relaunched as an autonomous news website. [5] Editor Susan Greene credited liberal foundations including the Douglas H. Phelps Foundation of Public Interest Network founder Doug Phelps with enabling Colorado Independent’s relaunch as an independent entity. [6]

Susan Greene has been editor-in-chief of the Colorado Independent since early 2013; Greene led the organization through its transition from a satellite of American Independent Institute into an independent organization. [8] Greene has received honors from the ACLU for her coverage of social policy[9] and appeared on the left-wing Democracy Now program as a guest, on which she lamented the 2014 defeat of U.S. Senator Mark Udall (D-CO). [10]

Colorado Independent’s most prominent columnist is Mike Littwin, a longtime newspaper writer. Littwin is a staunch liberal and has written numerous columns in support of the political efforts of the Democratic Party, including backing plans to impeach President Donald Trump, [13] blaming Republicans for political violence, [14] and bashing Colorado Republican officeholders. [15]

Colorado Independent opinion pieces and reporting both by staff writers and outside contributors endorse liberal issue positions and issue framing.

Opinion writer Mike Littwin has called for expanded gun control, including banning certain rifles and restricting the size of magazines. [18] He also says that politicians that blame mental illness, rather than access to guns, for mass shootings should be voted out of office. The column backs the idea that Democrats should make gun control a top issue moving forward. Gun buybacks, making gun licenses more difficult to obtain, raising the age of purchase for long guns, and federal red-flag laws are all among the policies that Littwin hopes Democrats will endorse. [19]

In an article discussing where members of Colorado’s congressional delegation stand on gun control, the Colorado Independent characterized the Gun Owners of America organization as “a conservative pro-gun group”[20] while it quoted Chelsea Parson as the “vice president of gun violence prevention policy at the Center for American Progress,” leaving out mention of the Center of American Progress’s (CAP) liberal issue alignment. [21]

A guest column the Colorado Independent published by Chris Hoffman, a member of the left-of-center environmentalist organization Citizens Climate Lobby, [22]  advocated for passing H.R. 763 the Energy Innovation and Carbon Dividend Act of 2019. [23] The bill would implement a carbon tax that would automatically increase every year. [24]

Another guest column the Colorado Independent published was by Arn Menconi, a 2016 Senate candidate for the far-left Green Party. [25] Menconi claimed that global warming will bring “destruction to our democracy, economy and planet.” [26] Policy proposals that Menconi backed in the article included a carbon tax, a ban on drilling, requiring utilities stop using traditional energy sources such as coal and natural gas, and cutting military spending by a third and redirecting funds to environmentalist energy projects. [27]

In July 2019, Colorado Independent ran a story discussing how the Trump administration’s efforts to step up immigration enforcement were affecting unlawful immigrants in Colorado. [28] The article focuses on ways that illegal immigrants avoid deportation, such as having secret door knocks and a emergency go-bag ready if Immigration and Customs Enforcement (ICE) comes to the door. [29] One group highlighted in the article is the Colorado Rapid Response Network that reports where ICE is active so that illegal immigrants can avoid those areas. [30] The Colorado Immigrant Rights Coalition (CIRC) is a member of the network and says that calls to the network have increased due to the Trump administration’s deportation efforts. [31]

A guest column by Marcus Doe criticized the Trump administration’s decision to limit the Temporary Protected Status Program (TPS) and end the Deferred Action for Childhood Arrivals program (DACA). [32] The piece supported the passage of the Dream and Promise Act of 2019 which would give some illegal immigrants a path to citizenship and would allow state universities to provide benefits to illegal immigrants that are not available to U.S. citizens. [33]

The Colorado Independent published a guest post from the Boulder County Democratic Socialists of America. The article focused on a protest at a GEO Group facility in Aurora, CO where those caught crossing the border illegally are held. The writer labeled the detention center a “concentration camp” and called the “Blue Lives Matter” pro-police flag “a bastardization of American symbolism in service to the authoritarian police state.” [34] During the protest, the American flag was taken down outside the facility and the Mexican flag was raised in its place. The Boulder County Democratic Socialists defended the action as an act of “solidarity with immigrants from all nations who have been systematically targeted, harassed, and abused in this country.” [35]

The Colorado Independent conducted an interview with far-left Denver City Councilor Candi CdeBaca. She told the Independent that “I have never believed in capitalism” and that the Democratic Socialists of America and the Working Families Party reflect her policy positions. [39]

During CdeBaca’s campaign, critics called her a communist after she said, “I believe in community ownership of land, labor, resources, and distribution of those resources.” [40] The Colorado Independent used comments from Jodi Dean, a professor at Hobart and William Smith Colleges and a leading Communist political theorist, to reframe CdeBaca’s statement. Dean said that CdeBaca was speaking to an “ideal” that is different from 20th century totalitarian communism. [41] CdeBaca claimed during the interview that communist ideals are not an issue but rather “the way we understand communism is the problem.” [42]

CdeBaca praised Communist Cuba for its lack of “rampant consumerism” and told the Independent that she found it unfortunate that Cuba was reliant on tourists from capitalist countries that make Cubans “think they’re missing out on something.” [43]