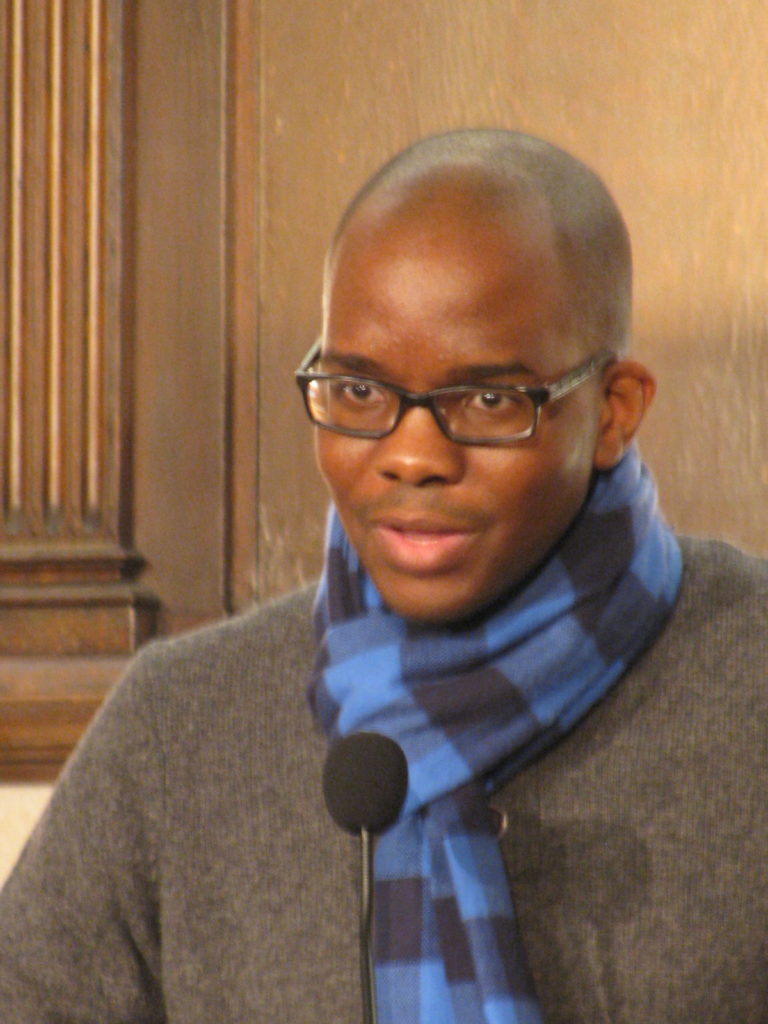 Tope Folarin is an author and left-of-center activist working as the executive director of the left-of-center think tank Institute for Policy Studies (IPS). [1]

He was born as Oluwabusayo Temitope Folarin in Ogden, Utah to Nigerian immigrants. Folarin, his parents and his four younger siblings lived in various cities in Northern Utah, such as Salt Lake City and Bountiful, before they moved to Texas when he was 14 years old. [2] His father was mechanical engineer who left Nigeria in 1979 after a college in Utah called Weber State University offered him a place in its mechanical engineering program. [3] After graduating high school, he enrolled at Morehouse College and studied for a year and a half as an exchange student at Bates College in Lewiston, Maine, and later at the University of Cape Town in South Africa. He graduated from Morehouse in 2004, then attended the University of Oxford as a Rhodes Scholar and graduated with a master’s degree in African Studies and another master’s degree in Comparative Social Policy in 2006. [4] Before he went to Oxford, Folarin was a Galbraith Scholar at Harvard’s Kennedy School of Government. While in London, he worked at Google for a time. [5]

After graduating from Oxford, Folarin worked as a press speaker and was involved in Barack Obama’s first election campaign. In 2013, Folarin became the first writer based outside of Africa to win the Caine Prize for his short story “Miracle.” He is a member of the board of the Zora Neale Hurston/Richard Wright Foundation, [6] a literary nonprofit organization founded in 1990 that discovers, mentors, and honors Black writers. [7] Folarin has written novels, various essays, and criticisms for publications such as Vulture, New York Times Book Review, Washington Post, The New Republic, Los Angeles Review of Books, and the Baffler. He works as the inaugural Lannan Visiting Lecturer in Creative Writing at Georgetown University. [8]

Folarin previously worked for the Local Initiatives Support Corporation, [9] a left-leaning nonprofit community development organization created with support from the left-liberal Ford Foundation and other various organizations through funding which it invests in various programs across the country. [10] He also worked for the Public Company Accounting Oversight Board, [11] a nonprofit corporation created by the Sarbanes-Oxley Act of 2002 that supervises accounting professionals who provide independent audit reports for publicly traded companies. [12]

Folarin is the director of the Institute for Policy Studies (IPS), ascending to the position in May of 2021. He first joined the IPS as a year-long Newman Fellow in 2010 before joining the board in 2014. Since 2017, Folarin has been the chair of the board. [13]

IPS is a left-of-center think tank and advocacy group that is active on a variety of public policy issues [14] and operates as a 501(c)(3) nonprofit with revenues totaling to about $6.9 million in 2020. [15]