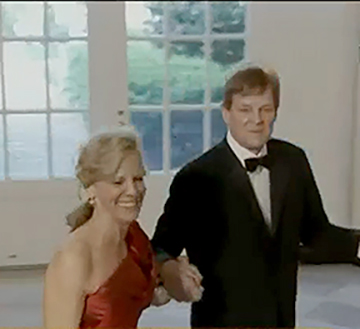 Sandy Bainum is an American actress and left-leaning donor who has appeared in a variety of roles in film and on stage. She is married to Stewart Bainum, a wealthy Maryland businessman and former state lawmaker who is the Chairman of Choice Hotels.

The Bainums have donated millions of dollars to Democratic Party candidates and organizations, giving over $5 million to Democratic causes from 2016 to 2020.[1]

Sandy Banium earned a degree in music education from West Virginia University, and a Master of Business Administration degree from the University of Maryland. Her LinkedIn profile states that she appeared on Broadway in David Merrick’s 42nd Street, playing the role of Annie.[2]

She subsequently has performed in dozens of minor roles on stage and in short films and on television, perhaps most notably portraying Cindy McCain in the 2012 political TV film Game Change about the 2008 McCain presidential campaign.[3]