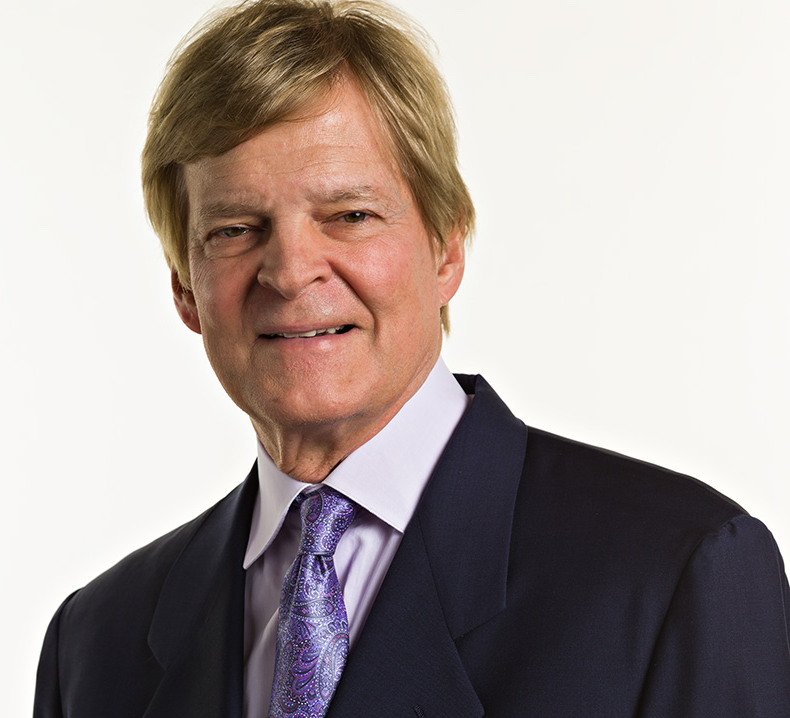 Stewart W. Bainum, Jr. is an American businessman and former Democratic state legislator from Maryland who is the Chairman of Choice Hotels and a former Chairman and CEO of Manor Care, both companies that he inherited from his father, Stewart Bainum, Sr.

Bainum is a longtime donor to Democratic candidates and left-leaning causes, particularly in his home state of Maryland, where he served as a Democratic member of the Maryland House of Delegates and State Senate from 1979 to 1987. [1] In 2021, Bainum formed a nonprofit to place a bid to purchase the Baltimore Sun along with other local newspapers in Maryland from Tribune Publishing, the parent company of the Chicago Tribune and eight other newspapers. Following the Sun deal deteriorating, Bainum partnered with Swiss billionaire Hansjorg Wyss to propose a deal to purchase all of Tribune Publishing from Alden for $680 million.[2]

Stewart Bainum is the chairman of the board of directors and former CEO at Choice Hotels, formerly a family business that he took over from his father. The company is now traded publicly and operates hotel brands including Comfort Inn, Rodeway Inn, Quality Inn, and MainStay Suites. Bainum also previously served as the Chairman and CEO of Manor Care, a chain of nursing homes that was also started by the elder Bainum.[3]

Bainum’s wealth grew exponentially as his businesses grew, with Choice Hotels transforming from a franchisor of 339 hotel locations to an operator of around 7,000 hotels globally. Manor Care grew from a value of $12 million to $3.5 billion and merged with Health Care and Retirement Corp. He also founded assisted living companies Somerford Place Corp. in 1998 and Artis Senior Living in 2012.[4]

Bainum is married to Sandy Bainum, an actress with several credited roles in TV and short films.[5]  Stewart and Sandy Bainum have signed the Giving Pledge, a program started by Warren Buffett where wealthy individuals pledge to donate a majority of their assets.[6]

Stewart Bainum was elected to the Maryland House of Delegates in 1978 and served until he was elected to the state Senate in 1982, in which he served a single four-year term. While in the legislature he was supported by the NAACP, Maryland Common Cause and the Maryland League of Conservation Voters.[7] In 1986, Bainum was the Democratic nominee for Maryland’s 8th Congressional District, spending $400,000 of his own money on the race, and lost to Republican Connie Morella (R-MD). In 1994, Bainum planned to run for Maryland governor before ultimately deciding against it.[8]

Following his career as a politician, Bainum remained active in Democratic politics, serving as a Democratic National Convention delegate in 1984, 1992, and 2008.[9]

In February 2020, Stewart Bainum formed a nonprofit to make a bid to purchase the Baltimore Sun and other local Maryland newspapers from Tribune Publishing, a newspaper conglomerate owned by Alden Global Capital, a hedge fund that has been criticized by journalists for downsizing newspaper staffs. [10]

After signing a nonbinding deal to acquire the Baltimore Sun for $65 million, the deal fell apart after Bainum accused Alden Global Capital over fees related to the transition services agreement. The fall out caused Bainum to exit the deal and partner with Swiss billionaire Hansjorg Wyss, who lives in Wyoming, to propose a deal to acquire all of Tribune Publishing for $680 million. Tribune Publishing owns the Chicago Tribune; the Baltimore Sun; the Hartford Courant; the Orlando Sentinel; the South Florida Sun Sentinel; New York Daily News; the Capital Gazette in Annapolis, Maryland; The Morning Call in Allentown, Pennsylvania; the Daily Press in Newport News, Virginia; and the Virginian-Pilot in Norfolk, Virginia.[11]

As of early April 2021, the deal was pending approval from Tribune Publishing’s board of directors.[12] On April 18, 2021 Wyss and Bainum pulled out of the bidding, following Wyss dropping out of the deal with Bainum; Bainum signaled a commitment to finding other investors.[13]