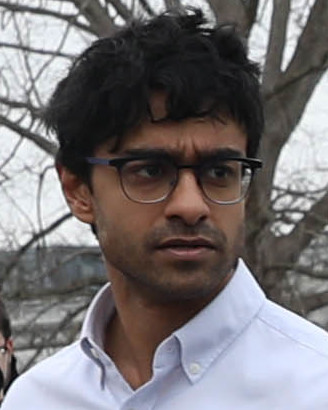 After graduating from Harvard University in 2007, Chakrabarti moved to California where he co-founded a tech startup, Mockingbird, and later became a founding engineer for the payment processing company Stripe.[2]

After several years of working in the tech industry in California, Chakrabarti transitioned into left-wing political activism.  By 2015, Chakrabarti was a director of organizing technology for the Bernie Sanders presidential campaign.[3] After the end of Sanders’s campaign, Chakrabarti and former Bernie Sanders campaign staff founded Brand New Congress, a political action committee (PAC) created to support left-wing congressional candidates in 2018 midterm elections.[4]

The one Brand New Congress candidate who won a general election in 2018 was Alexandria Ocasio-Cortez. She won an upset of longtime incumbent Rep. Joe Crowley (D-NY) in a functionally determinative Democratic primary election.[7] Brand New Congress spent over $600,000 during the 2018 election cycle.[8]

Alexandria Ocasio-Cortez was the only candidate of the 12 candidates sponsored by Justice Democrats to win an election. Justice Democrats worked with Brand New Congress[11] and spent over $2.5 million during the 2018 election cycle.[12]

Chakrabarti supported the candidacy of Alexandria Ocasio Cortez through Brand New Congress and Justice Democrats; he became her campaign chair following her primary election victory.[13] After Ocasio-Cortez won the general election, she appointed Chakrabarti chief of staff in her congressional office.[14]

With Chakrabarti serving as Ocasio-Cortez’s chief of staff, Ocasio-Cortez released the highly controversial far-left policy initiative known as the Green New Deal.[15] Ocasio-Cortez’s office, led by Chakrabarti, released an “FAQ” which it withdrew after criticism for its extremist positions, including appearing to demand the elimination of animal agriculture, replacing commercial aviation with “high-speed rail,” and providing “economic security for all who are . . . unwilling to work.” [16] Chakrabarti was forced to admit the office’s authorship of the FAQ after Green New Deal supporters retweeted by Rep. Ocasio-Cortez asserted quotes from the document about “unwilling to work” were fabricated.[17]

Politico’s “Playbook Power List” 2019, which “highlights politicians, activists and operatives across the country who are positioned to play a critical role in the political landscape leading up to 2020,” included Chakrabarti.[18]