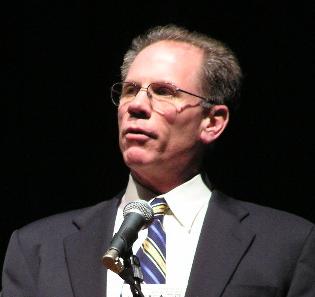 Robert McChesney is the Gutgsell Endowed Professor in the Department of Communications at the University of Illinois at Urbana-Champaign[1] and a socialist media activist who advocates for greater government control of the media industry.[2]

McChesney is a co-founder of the Free Press, an organization that advocates against the control of media organs by large businesses[3] and defends so-called “net-neutrality,”[4] a regulatory policy governing how bandwidth is allocated that some have argued will “turn the internet into a public utility.”[5] He is also formerly the editor of the Monthly Review, and independent socialist magazine.[6] McChesney has praised democratic socialism as “a very good foundation for what we should be fighting for today” and is a defender of greater government control of the Internet through net neutrality rules, which he helped develop during his tenure at the University of Illinois. [7]

McChesney has written or edited 27 books, predominantly on the subjects of economics, capitalism, and the media.[8]

After receiving a B.A. in economics and history at Evergreen State University in 1977,[9] Robert McChesney worked as the circulation coordinator for a socialist weekly in Seattle called In These Times and edited the bi-monthly newsletter of the Seattle Tenants Union, 30 Day Notice.[10] before teaching journalism at the University of Wisconsin-Madison from 1988 to 1998.[11]

Beginning in 2001, McChesney worked as the co-editor of the Monthly Review,[12] a socialist magazine created in 1949 to “draw on the rich legacy of Marxist thought.”[13]

McChesney hosted a local weekly radio show sponsored by NPR and PBS entitled “Media Matters”[14] from 2002 until the final broadcast on October 7, 2012.[15] He later advocated for the “massive expansion of public broadcasting”[16] that would direct more tax revenue to such programs.

In his open embrace of socialism, McChesney has engaged in controversial advocacy outside of the mainstream political left.

He participated in a panel at the 2000 Socialist Scholars Conference and wrote in Monthly Review that “any serious effort to reform the media system would have to necessarily be a part of a revolutionary program to overthrow the capitalist political economy.”[20] In another piece in Monthly Review, he wrote that “our job is to make media reform part of our broader struggle for democracy, social justice, and, dare we say it, socialism.”[21]

When questioned about his socialist views, McChesney has said he was “hesitant to say I’m not a Marxist”[22] and praised Venezuela under socialist dictator Hugo Chavez as having “unqualified political dissent…in the mainstream media in a manner few other democratic nations have ever known, including our own.”[23]

McChesney has praised democratic socialism as “a very good foundation for what we should be fighting for today” and is a defender of greater government control of the Internet through net neutrality rules, which he helped develop during his tenure at the University of Illinois. [24]