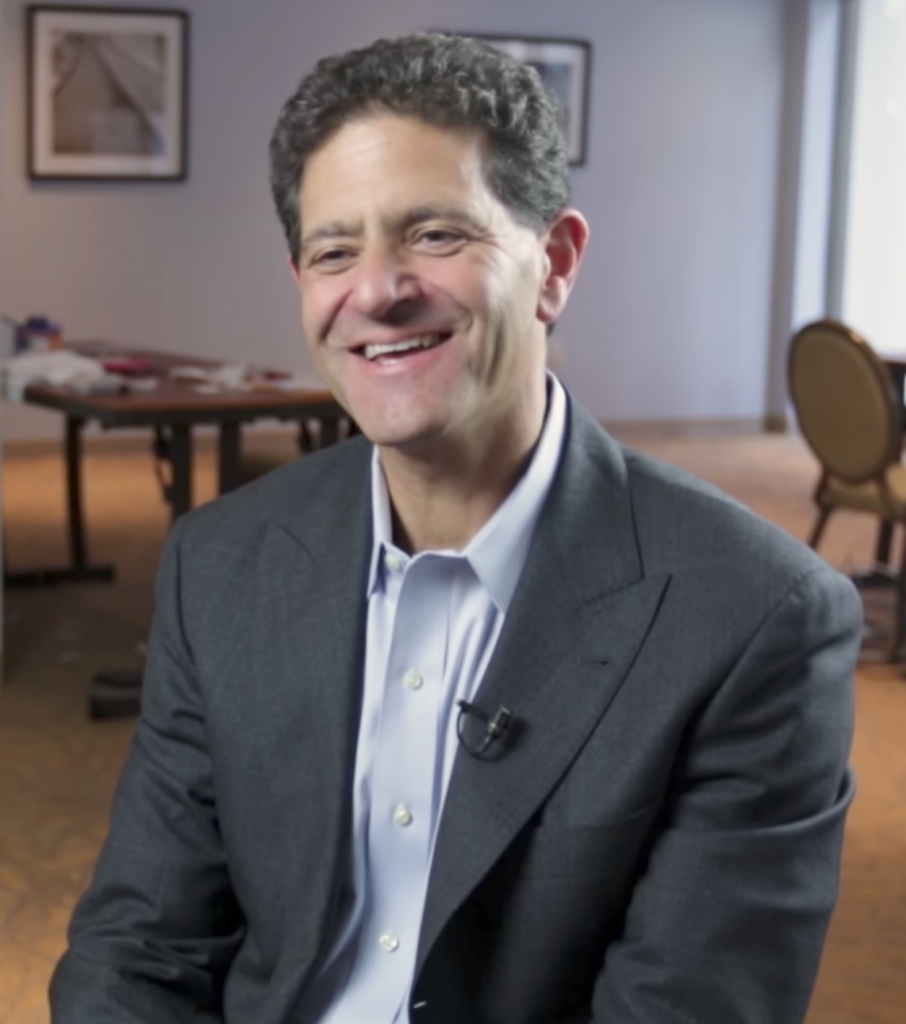 Nicholas “Nick” Hanauer is a progressive donor, venture capital investor, and political commentator. Hanauer is an activist for extreme increases in the minimum wage, a fervent financial supporter of gun control, and a multimillionaire jet-setter.[1]

In addition to his political and philanthropic work, Hanauer is a venture capitalist with Second Avenue Partners and chairman of his family business, Pacific Coast Feather Company.[2] Despite his advocacy for substantial tax increases, Hanauer was an early investor in Amazon, which has enabled substantial avoidance of state sales and use taxes.[3]

He is most notable for his advocacy of radically left-wing economic policies, especially in labor and employment, and his slapdash defense of those beliefs. Economist Adam Ozimek of Moody’s Analytics characterized Hanauer as “America’s worst minimum wage pundit” for the plutocrat’s straw-man arguments, misrepresentation of even progressive economists’ positions, and general ignorance of the functioning of price systems.[4] Hanauer has also faced criticism for failing to ensure that employees of his own companies are paid the entry wage minimums he advocates, which critics note refutes his heterodox economic principles.[5]

Hanauer is a major political player in his home state of Washington. He has spent substantially on ballot measure campaigns to raise the state minimum wage and increase gun control measures.[6] Seattle Mayor Ed Murray suggested that Hanauer would “draw up the details” of the embattled politician’s $275 million property tax increase.[7]

Hanauer got his start in business with his family’s bedding manufacturing company, Pacific Coast Feather Company. By the late 1990s, Hanauer had branched out into internet investing, becoming an early backer of Amazon.com.[8] Hanauer has spoken unkindly of Amazon, stating once that the online retailer he helped launch “probably destroyed a million jobs in our economy.”[9]

He later founded aQuantive, an online advertising firm he later sold to Microsoft.[10] Currently, Hanauer is a venture capitalist with Second Avenue Partners and additionally serves as chairman of Pacific Coast Feather Company.[11]

The interaction of Hanauer’s business ventures and practices with his political activism have led to criticism. In 2014, Pacific Coast Feather opened a factory in North Carolina backed by government incentives with starting employee pay reported at $7.50 per hour while Hanauer, the company’s chairman, was promoting a national minimum wage of $15 per hour and claiming such a policy had no trade-offs.[12] When challenged on this apparent hypocrisy—Hanauer’s blog Civic Skunk Works had called businesses that didn’t pay high minimum wages “predatory”—Hanauer doubled down demanding a minimum wage hike.[13] Hanauer has also callously declared that paying minimum wage or near minimum wage (as Pacific Coast Feather reportedly does) amounts to saying, “I would pay you less, except then I’d go to prison.”[14]

Hanauer lives with his wife Leslie in Shoreline, Washington in the gated community The Highlands.[15] Hanauer’s residency caused controversy when Nick was appointed to a position on the now-defunct Seattle Popular Monorail Authority, which required members to be Seattle residents.[16]

Hanauer has used his business credentials and fortune to launch a second career as a major progressive activist. He is reported to have sat on the board of the donor consortium Democracy Alliance in the past.[17]

Hanauer’s first major entry into the political arena was as co-founder of the League of Education Voters (LEV), an education policy pressure group, in his home state of Washington in the early 2000s.[18] He later partnered with former Clinton administration speechwriter and official Eric Liu on a manifesto for left-wing patriotism, titled The True Patriot.[19] Hanauer and Liu wrote a second book advocating liberal economic theories called The Gardens of Democracy: A New American Story of Citizenship, the Economy, and the Role of Government ahead of the 2012 elections.[20]

Hanauer’s political profile surged in 2012 when he gave a “TED Talk” alleging that businessmen did not create jobs and endorsing tax increases. In apparent alignment with the TED organization’s policy of releasing only a limited number of talks for public taping, Hanauer’s was not selected. This led Hanauer reportedly to start a public relations campaign involving progressive activist group MoveOn.org that led to National Journal alleging the talk was effectively censored.[21]

Since that event, Hanauer has become a darling of the economic far-left. Hanauer has endorsed the Service Employees International Union (SEIU) proposal for a $15 per hour minimum wage, claiming that economic theory-based objections to doubling the federal wage floor were “a scam.”[22] Hanauer has defended his claim by noting that aggregate total employment has increased over time despite increases in minimum wages, a defense also offered by the labor-union-supported National Employment Law Project (NELP). Economists note that these correlations prove nothing about the actual impact of minimum wages.[23]

Hanauer’s offhand dismissal of conventional economic methods has led to his badly misunderstanding the terms of the minimum wage debate in which he figures. He said in a tweet about former Obama administration economist Alan Krueger that Krueger, perhaps best known for supporting moderate increases to the minimum wage, “carries water for trickle down Econ [sic].”[24] In addition, in responding to predictions that a $15 minimum wage would reduce restaurant employment, Hanauer claimed that hike opponents were predicting “no restaurants in Seattle,” a straw man.[25]

Hanauer has endorsed a minimum wage as high as $28 per hour, claiming that “if the minimum wage had tracked what the top one percent made […] we would have an unbelievably robust economy.”[28] A survey of economists found that roughly three-fourths of economists opposed a $15 per hour minimum wage, with a majority of self-described Democratic economists surveyed also opposing a wage at that level or higher.[29]

Hanauer is a major supporter of efforts to restrict firearm ownership rights. He co-founded the Washington Alliance for Gun Responsibility, a campaign group for gun control that backs ballot measure campaigns in the state.[30]

Hanauer has also contributed to ballot campaigns for gun control in other states. He backed an unsuccessful effort to expand background check requirements in Maine in 2016, contributing at least $125,000.[31] He contributed $275,000 to a gun control measure in Nevada as well.[32]

In keeping with his callous brand of politics and business, Hanauer has a history of caustic statements about opponents of gun control. Shortly after a shooting at a Washington school, Hanauer mocked gun rights supporters by posting, “We need more school shootings!!! [sic] Vote yes on Initiative 591 [a gun-rights proposal].”[33]

Hanauer was a major funder of a 2010 statewide ballot measure to establish an income tax in Washington. He contributed at least $250,000 to the campaign for I-1098, which was defeated.[34]

In 2017, Hanauer proposed a property tax increase ballot measure for Seattle that was endorsed by embattled mayor Ed Murray. Hanauer reportedly offered to single-handedly fund the ballot measure campaign if necessary.[35] Hanauer, a resident of the King County municipality of Shoreline, would not be subject to the tax on his principal residence, according to former Seattle mayoral aide Jordan Royer.[36]

On December 4, 2018, Hanauer launched the first episode of his podcast “Pitchfork Economics.” The podcast covers what Hanauer called a heterodoxic perspective on economics, which he said would challenge standard academic and popular economic philosophies. He argues in the podcast that the theories of economics that are taught in academia are wrong and are leading the United States towards a “radically unequal” society, which he claims will lead to either a police state or an uprising. [41]