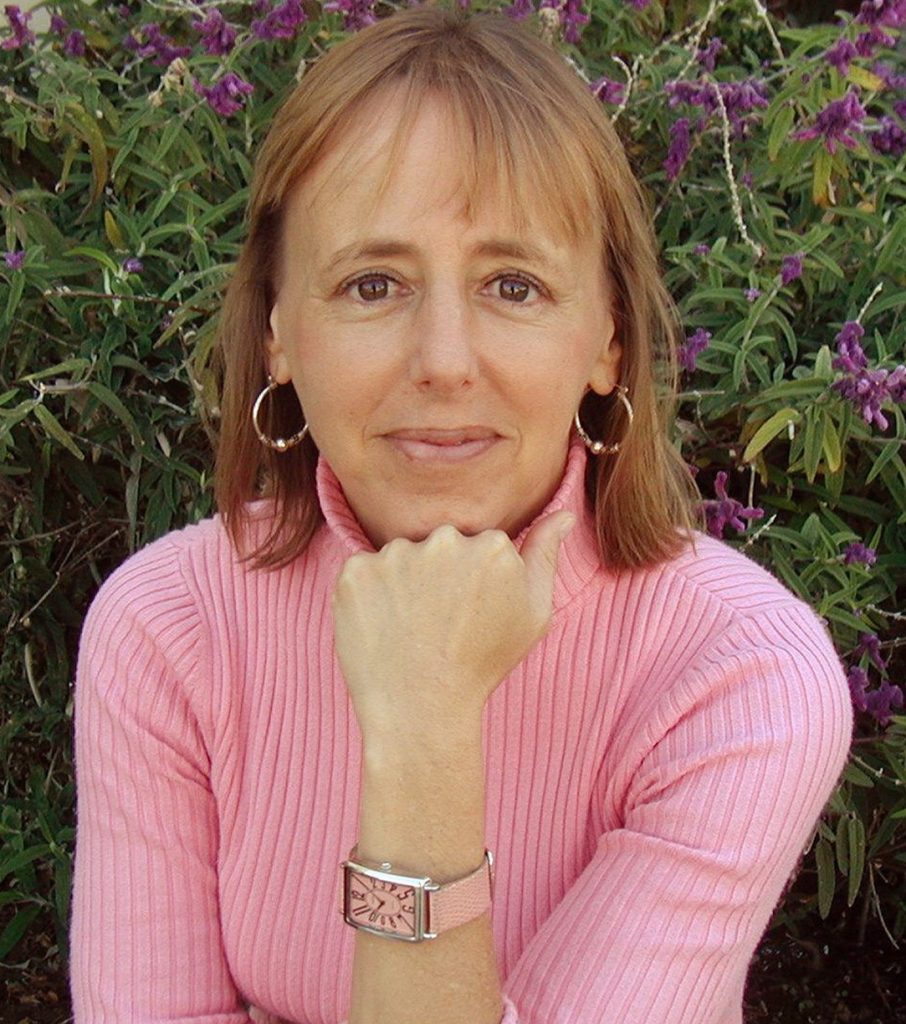 Medea Benjamin (born Susan Benjamin) is a left-wing political activist born in 1952 in Long Island, New York. She is the co-founder of the radical anti-war group Code Pink (styled CODEPINK), co-founder of Global Exchange, and president of the Benjamin Fund. Benjamin and CODEPINK have expressed her support for groups hostile to or engaged in conflict with the United States.[1]

Benjamin continues to be involved in activism and has been central to multiple protests, including the 1999 demonstrations against the World Trade Organization meeting in Seattle, which she helped organize.[2] She has been a part of multiple delegations to hostile foreign entities including Hamas-controlled Gaza[3] and was invited to meet then-Iranian president Mahmoud Ahmadinejad in 2008.[4]

Benjamin ran for the U.S. Senate from California in 2000 as a member of the Green Party; she was unsuccessful.[5]

Originally named Susan, Medea Benjamin was born in 1952 to a Jewish family in Long Island, New York. She changed her name to Medea, a Greek mythological character that murdered her children,[6] due to her studies after high school.[7] She has never legally changed her name.[8]

Benjamin parted ways with her first husband in 1983, and married fellow far-left activist Kevin Danaher in 1988 after she traveled to Washington, D.C. in the mid-1980s.[11]

Before traveling to Washington D.C., in the mid-1980s, Benjamin worked as a Project Coordinator for Food First, also known as the Institute for Food and Development Policy, in San Francisco. Food First allegedly sent aid to the Marxist-Leninist[12] Sandinista National Liberation Front that ruled Nicaragua at the time.[13]

In her book “I, Senator,” Benjamin claimed she “fought Ronald Reagan’s illegal and immoral war against the Sandinistas in Nicaragua.”[14] When questioned on her anti-American views by a reporter in 2001, Benjamin said: “There’s no one who will talk about how the other side is good.”[15]

Benjamin was one of the organizers of the 1999 anti-globalization protests in Seattle.[16] The protests turned violent when activists set fires and smashed windows in a bid to shut down a conference of the World Trade Organization.[17] Benjamin, who represented the Green Party, ran for Senate in 2000, although she was unsuccessful.[18]

In the last weeks of 2004, Benjamin, along with her fellow CODEPINK co-founders and other activists, traveled to Jordan to provide the humanitarian aid to refugees of the Iraq War.[19] After returning home, Benjamin stated: “I don’t know of any other case in history in which the parents of fallen soldiers collected medicine…for the families of the ‘other side.’”[20]

Alongside her CODEPINK co-founder Jodie Evans, Benjamin visited Iran in 2008 to meet with Iranian president Mahmoud Ahmadinejad. When asked what she wanted from the visit, Benjamin wrote: “We hope the Obama administration will begin direct talks with Iran – without preconditions. On this visit to Iran, we are modeling the policy we would like to see.”[21]

While leading a delegation to Gaza in 2009, Benjamin received a letter from the U.S.-designated Foreign Terrorist Organization Hamas. The letter, which Hamas addressed to President Barack Obama, called for a meeting between him and the terrorist group. Hamas stated it was “prepared to engage all parties on the basis of mutual respect and without preconditions.”[22]

During the 2016 presidential election, Benjamin praised then-candidate Donald Trump after he denounced the Iraq War during a television debate. “I watched the debate last night and LOVED IT,” she said.[23]

In October 2022, Medea Benjamin and independent journalist Nicholas Davies were interviewed on their co-authored book “War in Ukraine: Making Sense of a Senseless Conflict” to be released in November 2022. [24] [25] Both Benjamin and Davies argue that the United States must push for Ukraine to negotiate with Russia to end the war between the two countries started by the latter’s invasion of the former. [26] They have also praised Democrat and Progressive members of Congress that have been more supportive of negotiations. [27]

In 1988, Benjamin co-founded the anti-war, anti-capitalist organization Global Exchange with her husband.[28]

During the reconstruction of war-torn Iraq in 2004, Benjamin’s CODEPINK, along with Global Exchange and United For Peace and Justice, established Iraq Occupation Watch (IOW).[30]

IOW’s original mission statement claimed the organization was formed to serve as a “watchdog regarding the military occupation and U.S.-appointed government,” however; IOW began to promote hostile sentiment toward U.S. troops stationed in Iraq.[31]

Benjamin claimed the change in IOW’s mission occurred after she left Iraq to return to the United States on July 14, 2004. Before her return, Benjamin had previously expressed the need to create distrust towards U.S. troops in local communities. She wrote in April 2003: “let’s start a ‘Bring All the Troops Home’ campaign to stop the expansion of U.S. bases and start dismantling some of the hundreds of existing bases overseas,” and called for Code Pink supporters to “channel the bursting anti-American sentiment overseas.”[32]

Benjamin also serves on the advisory board of Progressive Democrats of America[33] and Healthcare Now.[34]