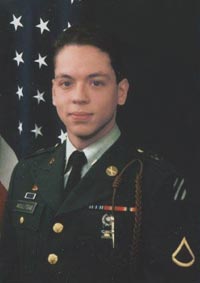 Markos Moulitsas is a left-of-center activist who founded the progressive-activist blogging platform Daily Kos, the annual conference for left of center bloggers Netroots Nation, and was a cofounder and former board member of Vox Media. Through his platform of the Daily Kos, Moulitsas has raised large amounts of money for Democratic candidates and has tried to shape Democratic Presidential primaries. [1] [2]

Moulitsas was born in Chicago but spent four years of his childhood growing up in El Salvador. His family eventually returned to Chicago after Communist threats against his family during the Salvadoran Civil War. He has recounted seeing students executed by Communist insurgents when he was only eight years old. [3] [4]

Moulitsas served in the U.S. Army and later enrolled in college and eventually earned a law degree. However, he was not interested in practicing law and worked as a project manager at a technology company. [5]

In 2002 he launched Daily Kos, a left-of-center blogging and activism site. Since 2004, Daily Kos and projects related to it have been his full-time work.

Moulitsas has been explicit that Daily Kos is not a journalistic enterprise, but rather a tool to drive left-wing activism. In October 2004 he stated that he is not a journalist and instead said, “I am an activist.” [6] In 2006 he told SFGate that “I don’t want my readers to be readers. I want them to be activists, I want them to come to Daily Kos, learn about what’s happening in the country. And then when all of that is done, I want them to turn off the computer, walk outside and talk to real people.” [7]
Moulitsas courted controversy after accusations surfaced that he was using the Daily Kos to secure lucrative contracting work from candidates eager for positive coverage and endorsements which often raised thousands of dollars for their campaigns. The head of internet outreach for Howard Dean’s 2004 presidential campaign stated that while there was no explicit agreement that Moulitsas would provide positive coverage, that was the main purpose for hiring him as a consultant. Moulitsas defended himself by stating that he was not a journalist, and the Daily Kos ran a disclosure about his consulting work for the campaign. [8]

However, accusations of impropriety continued after Moulitsas ceased consulting work in 2004, as accusations emerged that candidates where buying favorable coverage by hiring Moulitsas co-author and former consulting partner Jerome Armstrong. [9]

Moulitsas is the founder of Netroots Nation left-wing blogger convention, formerly known as YearlyKos Conference. It was formerly a major force in Democratic politics, but its influence has waned. Politico noted that in 2008 nearly every Democratic presidential candidate clamored to attend the conference, but that by 2019 only four of the 24 declared candidates showed up, with only one, U.S. Senator Elizabeth Warren (D-MA), polling in the double digits at the time. Observers liked the decline to the Daily Kos’s perceived bias against and harsh treatment of Hillary Clinton during the 2008 Democratic primaries, and later perceived bias in favor of Clinton against Sen. Bernie Sanders (I-VT) during the 2016 Democratic primaries. [10]

Moulitsas was a co-founder of left-leaning online media enterprise Vox Media and former member of its board. [11]

Moulitsas is the author of several books, including his first book, Crashing the Gate: Netroots, Grassroots, and the Rise of People-Powered Politics, published in 2006 and The Resistance Handbook: 45 Ways to Fight Trump, published in 2017. [12]

The Daily Kos has supported a large number of Democratic candidates throughout the years and has often raised vast sums of money for them. Most notably the blog strongly supported candidate Ned Lamont (D) in his bid to unseat incumbent Democratic U.S. Senator Joe Lieberman (D-CT). Lamont won the primary, but Lieberman ran in the general election as an independent and kept his seat. [13] [14]

Moulitsas has been accused of pushing the Daily Kos for and against Democratic candidates he likes and dislikes, most notably for Barack Obama and against Hillary Clinton in 2008 and for Clinton and against Bernie Sanders in 2016. [15] In 2008 Moulitsas harshly attacked Clinton and blamed her for trying to start a civil war in the Democratic Party, accusing her of attempting to secure the nomination via a superdelegate “coup.” [16]

In the 2020 primaries Moulitsas was critical of the Sanders campaign and has engaged in Twitter spats with campaign staffers over his decision to attend a townhall event hosted by Fox News and not attend the Netroots Nation conference. [17] [18] [19]