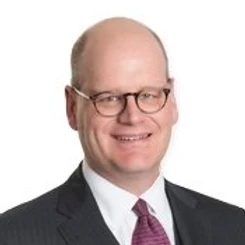 Keith Mestrich is a left-of-center banking executive and former labor union official who promotes the role of financial institutions with left-of-center political principles as partners to implement left-wing policy initiatives. Mestrich is currently transitioning out of his position as president of Amalgamated Bank, a financial institution owned by Workers United, a division of the Service Employees International Union (SEIU). Amalgamated markets itself as being friendly to left-of-center causes and participates in union-aligned advocacy campaigns.

Keith Mestrich started his career as a researcher for the AFL-CIO labor union federation, conducting research to help affiliate labor unions with collective bargaining and political campaigns. He later rose to work as deputy chief of staff and financial officer for the Service Employees International Union, as well as director of corporate affairs and executive assistant to the international president of the UNITE textile workers’ union. He also worked as chief of staff at Workers United, a union that split off from Unite Here to join SEIU that owns Amalgamated Bank. [1]

Mestrich graduated from Kalamazoo College with a degree in Political Science and Public Policy. [2]

As of December 2020, Keith Mestrich is the outgoing president and chief executive officer of Amalgamated Bank, a labor-union-owned financial institution that caters to left-of-center clients, calling itself “the bank of the progressive community.” Mestrich started working for Amalgamated Bank in 2012, when he oversaw the bank’s Washington, D.C. operations. [3] The bank owns $4 billion in commercial assets and operates an investment fund with over $40 billion in assets under management. [4] Workers United, a labor union affiliated with the Service Employees International Union, owns the bank. [5]

Amalgamated Bank has several major operating procedures that align with left-of-center policy goals. The bank has adopted a “carbon accounting” methodology to track the amount of greenhouse gases its operations produce. It also allows users to open accounts using the New York City municipal identification card,[6] which the city government promotes as available to homeless individuals and illegal immigrants in addition to ordinary residents. [7] The bank’s affiliated foundation states that supporting groups derided as “hate groups” by the left-wing Southern Poverty Law Center (SPLC) “undermines a shared value of democracy inherent to the logic of promoting the public interest,” and has a link to the SPLC’s “Hate Map” on its website. [8]

The New York Times has characterized Amalgamated Bank “as a kind of lender of last resort for campaigns and super PACs,” which often have “little or no credit history and erratic cash flow.” The bank is also “willing to advance cash on new contributions, almost immediately.” [9] Mestrich has said that the bank pursues business with some Democratic campaigns because they make lucrative clients; according to him, “Senate campaigns are particularly good for us.” [10]

According to its website, the bank was a “non-performing institution” when Mestrich took charge of it in 2014. During his term as president and CEO, the bank returned to profitability, improved its credit quality, and increased its net interest margin. In 2017, Mestrich oversaw the bank’s acquisition of the San Francisco, California-based New Resource Bank in 2017, as well as Amalgamated Bank’s initial public offering in 2018. [11]

In October 2020, the bank announced that Mestrich would be departing from his position as president and CEO in January 2021. Bank chairman Lynne Fox, who is also the president of Workers United, is serving as interim president and CEO while she leads the search for Mestrich’s replacement. [12]

Mestrich is chair of the board of the Amalgamated Foundation, the donor-advised fund affiliated with Amalgamated Bank. The foundation provides grants to a variety of left-of-center organizations. It also runs a campaign to discourage donations to organizations that the left-wing Southern Poverty Law Center (SPLC) has labeled “hate groups,” including socially-conservative and pro-immigration-restriction groups. The foundation relies on the SPLC’s controversial “Hate Map” as a reference list of organizations that it believes should be excluded from receiving contributions through donor-advised funds. [13]

As a banker, Mestrich has advocated for financing left-of-center causes. Along with fellow finance executive Mark Pinsky, he co-authored the book Organized Money, which calls for left-of-center financial services firms to build up $10 trillion in “progressive assets.” [14] Mestrich has contributed commentary to a variety of leading media outlets, including the Washington Post, New York Times, Huffington Post, CNN, MSNBC, and American Banker. [15]

Mestrich is connected to multiple other left-of-center non-profit organizations. He is a member of the Aspen Institute’s Global Leadership Network. He sits on the boards of the Roosevelt Institute, Democracy Alliance, Progressive Congress, Sidney Hillman Foundation, Workers Lab, Working America Education Fund, and the Public Utility Law Project. He also sits on the advisory board of Patriotic Millionaires, a group of wealthy left-wing-activist rich people. [16]

In a September 2018 interview, Keith Mestrich described Amalgamated Bank as “the institutional bank of the Democratic Party, many of its candidates, and many of the action committees, Super PACS, and other organizations.” Responding to a question about financial institutions taking political stances, Mestrich said that it wouldn’t be “appropriate for the bank to necessarily have a position on something like reproductive rights.” However, he followed up by confirming that “we are certainly going to celebrate the work of our clients, like NARAL and Planned Parenthood,” two leading pro-abortion advocacy groups. [17]

In September 2019, Mestrich joined more than 140 other executives from various industries to demand that Congress impose restrictions on gun rights in response to violence involving guns. [18]

In September 2020, Patriotic Millionaires, for which Mestrich is an advisory board member, wrote a vitriolic open letter to Democratic senators demanding that they do everything possible to impede President Donald Trump’s Supreme Court nominee to replace the deceased Justice Ruth Bader Ginsburg. The letter labeled any potential nominee a “far-right ideologue” and called the upcoming nomination process, which is one of the Senate’s responsibilities, an “illegitimate farce” and a “sham process.” The letter also demanded that Senate Democrats “discredit permanently the judicial fitness” of any candidate who would accept the President’s nomination, and was signed “Every Decent American” rather than by the organization or under its members’ names. [19]