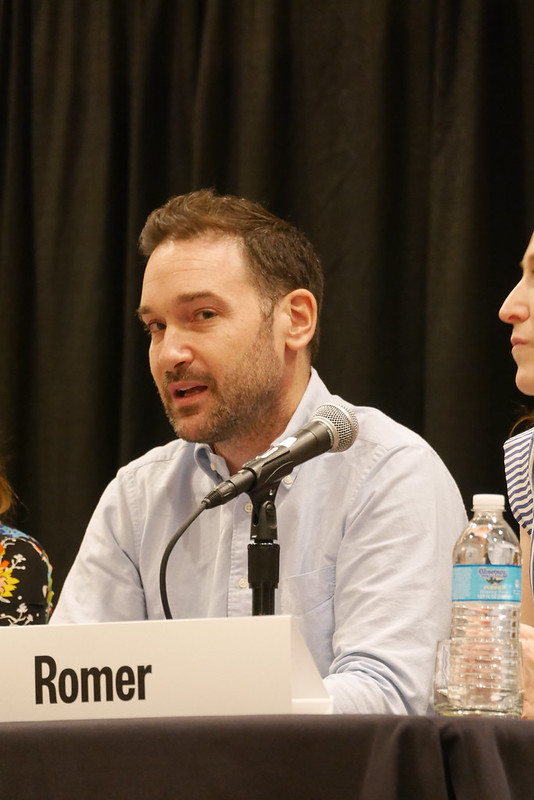 In a 2017 interview with Politico, Legum said he “never really intended to be a journalist” but “started writing some freelance pieces” and eventually decided to create ThinkProgress. [2]

Judd Legum is from Annapolis, Maryland. He received his bachelor of arts degree in public policy analysis from Pomona College and his law degree from Georgetown University. After graduating in 2003, he joined the Center for American Progress as research director and worked there until 2005. That year, Legum launched ThinkProgress. In 2007, he temporarily left the project to join the presidential campaign of former Secretary of State Hillary Clinton (D), where he worked as research director. After the 2008 presidential campaign, he spent several years working at his father’s law firm in Maryland. [3] [4]

In 2009, Legum announced that he would be running for the Maryland House of Delegates as a Democrat. The Daily Kos, a far-left blog, promoted his campaign, calling him “a very strong candidate,” praising his “political experience and policy knowledge and insight,” and describing his site ThinkProgress as “one of the most prominent and widely respected political blogs on the Internet.” In his fundraising pitch, Legum claimed that he was “not taking anything from [political action committees] or Maryland lobbyists.” As of April 2009, he had raised more than $11,000 on the Democratic Party fundraising platform ActBlue, an amount which the Daily Kos claimed was “quite substantial for a Delegate race this early in the cycle.” [5] Legum placed third in the primary election, then sixth in the general election for three seats and was not elected. [6]

In 2011, Legum resumed working for ThinkProgress, and in May 2012, he became the site’s editor-in-chief. [7] Under his management, the media outlet grew to employ approximately 40 staff, receiving around 10 million unique visitors every month. [8]

During the 2016 election, Legum allegedly coordinated with the campaign of former Secretary of State Hillary Clinton. The Daily Caller reported that WikiLeaks had released emails showing Legum advised the campaign about tactics for discrediting Sen. Bernie Sanders (I-VT), who ran against Clinton in the Democratic primary. [9] In February 2016, Legum also exposed the identity of a Sanders speechwriter to prominent Clinton surrogate and Center for American Progress president Neera Tanden. Legum told Tanden that Faiz Shakir, a senior communications staffer for then-Senate Minority Leader Harry Reid (D-NV), was writing speeches for Sanders. Tanden proceeded to inform Clinton campaign chairman John Podesta, who said he “gave him [Shakir] a very hard time.” [10]

In July 2016, Legum had ThinkProgress moved to the publishing platform Medium, which primarily serves individual bloggers and writers but also hosts publications. In a statement to CNN Business, Legum explained that he made the decision in order not to “divert editorial resources to think about the technology and what tools and features we needed” because “we don’t have a ‘product’ team.” Legum said that “most of our tech resources were expended on just making sure our site didn’t crash.” He also cited the state of the journalism industry, telling CNN that “it’s really impossible for an independent publisher to develop and maintain their own publishing platform in this environment.” [11]

In 2018, Legum was earning nearly $163,000 a year from the Center for American Progress Action Fund for his work as editor-in-chief of ThinkProgress, along with more than $27,000 in other income from CAP Action and its affiliated organizations. CAP Action also listed him as a senior vice president. [12]

In July 2018, Legum announced that he would be leaving ThinkProgress and starting a paid political newsletter called Popular Information. In an interview with Wired, he claimed that his new media outlet would “provide some perspective and organization for people … who are feeling overwhelmed” by high media consumption. [13]

Legum has used Popular Information to target Republicans. Following the Capitol riots of January 2021, Legum used the newsletter to bring attention to corporations which had donated to Republican members of Congress who questioned the 2020 election results or voted against certifying them. He also targeted Republican state legislators in Georgia who were pushing for election integrity measures. The Forward, a prominent left-of-center publication, credited him with successfully pressuring some corporate donors to end contributions to these Republican lawmakers. [14]

Legum has also used Popular Information to target opponents of the far-left ideology commonly known as critical race theory (CRT) and its implementation in school curricula, corporate policy, and government programs. Calling CRT “a term that sounds scary but no one really understands,” Legum has criticized the right-of-center Thomas W. Smith Foundation for awarding grants to policy institutes and media outlets that have brought attention to the proliferation of CRT and CRT-inspired practices. [15]

In September 2019, Legum criticized the Center for American Progress, his long-time employer, for choosing to shut down his old publication ThinkProgress. CAP Action Fund executive director Navin Nayak had annouced that the organization “could find no new publisher” for the news outlet and had “no other real option but to fold the ThinkProgress website back into CAP.” Legum called the decision “disheartening” and “a mistake.” He also claimed that CAP “no longer believes that independent progressive journalism is worth supporting,” and suggested that the decision was “ultimately about control, not money.” [16]

In a December 2017 interview with Politico, Legum endorsed the book White Rage: The Unspoken Truth of Our Racial Divide by Carol Anderson. [17] Anderson has equated support for former President Donald Trump (R) and for policies such as immigration restriction, aggressive prosecution of crime, and election integrity measures with “white resentment” and white nationalism. [18]

In a July 2018 interview with Wired, Legum criticized the media industry and said that “there’s something fundamentally broken about news delivery as a process.” [19]

Legum has a series of articles from June 2018 archived on the ThinkProgress website. All of them attack former President Trump, his associates, or his policies. [20]

In an April 2021 interview with the Forward, Legum said he grew up in a Jewish household that was “very liberal,” to the point that he said he “didn’t even realize there were right-wing Jews” when he was growing up. [21]

In a July 2021 newsletter, Legum described critical race theory as a “little-known academic concept” while also endorsing it because it allegedly “explains how structural racism is embedded in the law.” [22]