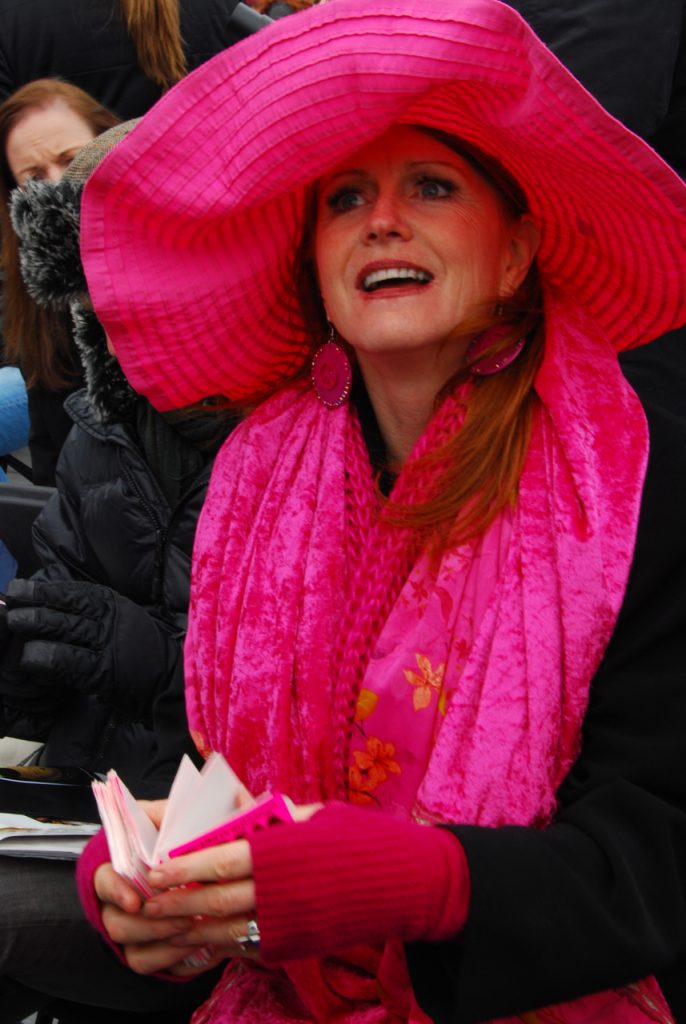 Jodie Evans is the co-founder of the controversial far-left anti-war organization CODEPINK, a political activist, and an author. She has defended anti-U.S. insurgents during the Iraq War and claimed those that fought U.S. troops were “cool” as they didn’t “back down.”[1] She has also claimed that there were “no terrorists in Iraq,” and the September 11, 2001 terrorist attacks occurred because America had military bases in Saudi Arabia.[2]

Evans previously worked as a director for California Governor Jerry Brown (D) and was involved in his presidential campaign in 1991.[3] She has also donated money to various Democratic Party campaigns over the years.[4]

Evans began her political career in 1975 by serving as director of administration for then-California Governor Jerry Brown (D).[5] Although she left that position in 1983, Evans would later manage Brown’s presidential campaign in 1991.[6]

After the campaign, Evans decided to leave the political sphere despite dedicating nearly twenty years of her life to the Democratic Party. She left the party after Brown failed to secure the Democratic nomination for President, claiming the Democrats were insufficiently committed to restricting the political speech of conservative and pro-business interests. She would subsequently align with the Green Party and the campaigns of left-wing activist Ralph Nader.[7]

Evans has donated various amounts of money to multiple Democratic Party campaigns over the years.[8]

Along with her CODEPINK co-founder Medea Benjamin and other activists, Evans visited Iraq twice in 2003, before and after the war began. Evans argued that the United States destroyed “any form of infrastructure that could have held the country together,” when it invaded Iraq.[10]

During a radio interview in 2008, Evans stated she believes the United States created the war on terror and that there were “no terrorists in Iraq.” According to Evans, the attacks of 9/11 happened because American bases were in Saudi Arabia, echoing the propaganda of terrorist mastermind Osama bin Laden.[13]

Alongside her CODEPINK colleague Medea Benjamin, Evans visited Iran in 2008 to meet with then-Iranian dictator Mahmoud Ahmadinejad. According to Evans, her mission in Iran was “to strengthen our connections with as many groups as possible in the areas of government, culture, education, women and, of course, peace. We’ve come to deepen our work as citizen diplomats to model the type of diplomacy we HOPE to see from our new government.”[14]

Code Pink, Evans, and other activists traveled to Egypt in 2009 with the intent of entering the Hamas-governed Gaza Strip. Although Egyptian authorities prevented most of the 1,300 activists from entering Gaza, one hundred were allowed through the border, although Evans was not part of that group.[15]

She holds an anti-Israel sentiment, going as far as to condemn the “illegal and immoral [Israeli] blockade [of Gaza] that is slowly strangling the life out of Gaza by impoverishing and starving its people.”[16]

During the reconstruction of Iraq in 2004, Evans’ CODEPINK, along with United For Peace and Justice and Global Exchange, established Iraq Occupation Watch (IOW).[17] IOW’s original mission statement claimed the organization was formed to serve as a “watchdog regarding the military occupation and U.S.-appointed government,” however; IOW soon began to promote hostile sentiment toward U.S. troops stationed in Iraq.[18]

In the past, Evans has been a part of the board of directors for Women’s Media Center, a non-profit organization created by Jane Fonda, Robin Morgan, and Gloria Steinem in 2005.[19] She is also on the board of directors for entities including the Drug Policy Alliance, Foundation for World Arts, Global Girl Media, Hereditary Disease Foundation, Institute for Policy Studies, Motion Institute and Rainforest Action Network.[20]