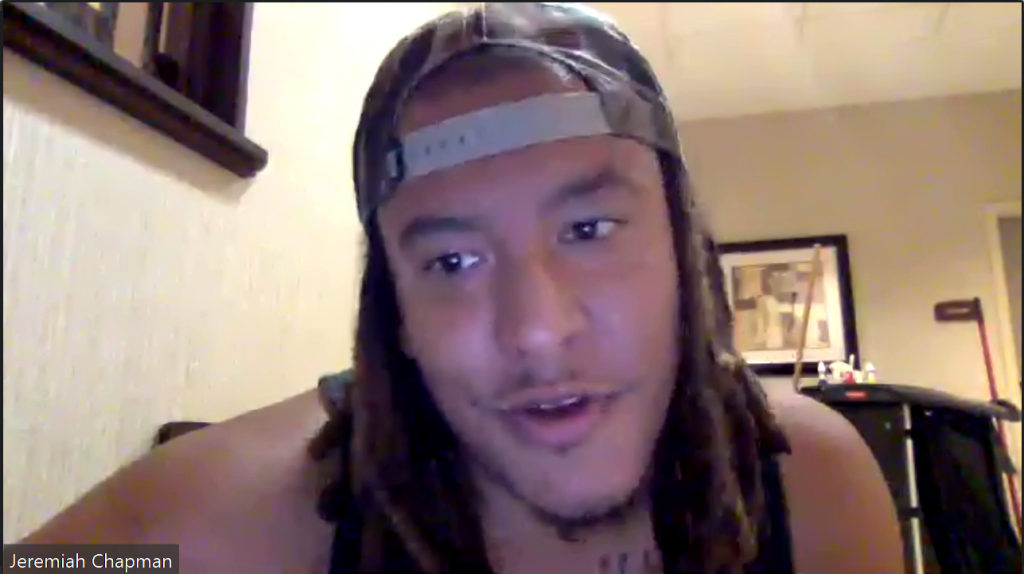 Jeremiah Chapman is a left-of-center political activist and the national director of cultural organizing for NextGen America, a project of billionaire Democratic mega-donor Tom Steyer. [1] His particular area of expertise is in mobilizing left-leaning constituencies, such as when he was responsible for overseeing the more than $1 million NextGen America committed to investing in the 2018 midterm election cycle to increase African American turnout. [2]

Chapman held a number of political advocacy positions prior to joining NextGen America in 2017  as national youth training director. [3]

Prior to his current tenure at NextGen, Chapman most notably worked as a fellow with the Center for Community Change, a left-wing advocacy group. [4] Other notable positions include tenures as Liason to the U.S. House of Representatives and director of engagement for HBCUPride Nation LLC. [5]

Jeremiah Chapman is a left-wing political activist with an expertise in mobilizing left-leaning constituencies to achieve left-progressive electoral outcomes. [7] One example of this type of work in demonstration can be found by observing his role in organizing a 2019 rally supporting the impeachment of President Donald Trump. A June 2019 article detailing coverage of the event by ABC News includes a direct quote from Chapman in which he cites among the event’s outcomes “[training] people on how to meet with their member of Congress, how to speak to media, and connect their story to issues of impeachment.” [8] He further cites the over eight million people NextGen solicited signatures from for their impeachment petition as additional evidence of the group’s success at advancing a left-leaning agenda. [9] Another example of this type of organizing in practice can be found in an October 2018 article from the left-progressive news outlet Florida Phoenix, which details Chapman’s thoughts on, and NextGen’s work in advancing, Obamacare amongst left-leaning constituencies attending Historically Black Colleges and Universities (HBCUs) across the state. [10]Recognition

Liberal activists have recognized Chapman as a prominent rising operative. The radio station K97.5 Raleigh recognized him as one of the “Top 14 Leaders of The New Civil Rights Movement” in 2016; in 2013, the New Organizing Institute, a left-wing advocacy group most notable for training digital operatives for the Democratic Party and liberal organizations until it dissolved in 2015, recognized Chapman as a Most Valuable Campaign nominee. [11]