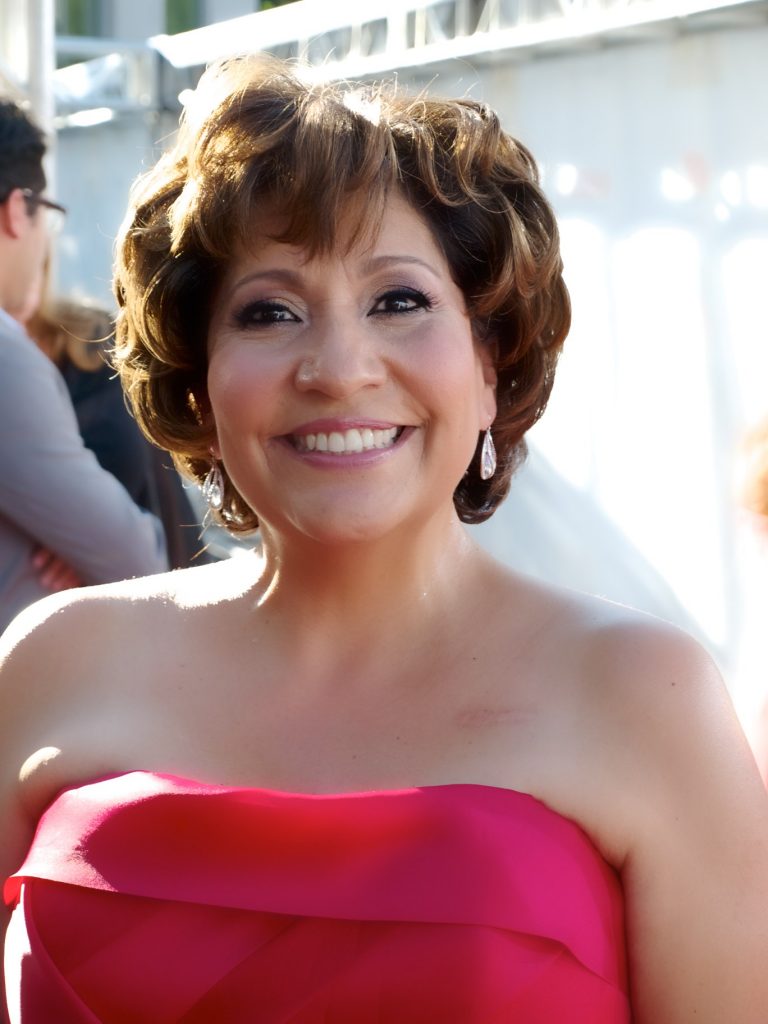 Murguia worked as a deputy assistant to the President in the Clinton administration before becoming deputy director of legislative affairs and serving as the White House senior liaison to Congress. In 2000 when she joined the presidential campaign of then-Vice President Al Gore (D) as deputy campaign manager. [1] [2]

Murguia has been an outspoken figure over the course of her career, regularly appearing on media platforms since the 2000 presidential election. She is a strident critic of the Republican Party, former President Donald Trump, and immigration control policies.

Janet Murguia grew up in Kansas City, Kansas. [3] She was one of seven children, and both her parents were immigrants. She earned a bachelor’s in Spanish and journalism and a law degree from the University of Kansas. [4] [5]

Murguia is the president and CEO of UnidosUS, a left-of-center Hispanic voter registration and mobilization organization formerly known as National Council of La Raza (NCLR), or “La Raza.” UnidosUS claims to have registered more than 800,000 Hispanic voters in the 2010s. It advocates left-wing policies on immigration, education, employment, the economy, and health care. [6]

UnidosUS was founded in 1968 by activists Herman Gallegos, Dr. Julian Samora, and Dr. Ernesto Garza with seed money from the Ford Foundation, the National Council of Churches, and the United Auto Workers (UAW). [7] Murguia became the president of the organization in 2005. [8] In this role, Murguia presides over a network of about 300 community organizations that provide assistance related to welfare, healthcare, education, housing, civil rights, and immigration. [9]

Murguia began her career as legislative counsel to Rep. Jim Slattery (D-KS). From there, Murguia began working at the White House in 1994. She served as a deputy assistant to President Bill Clinton before becoming deputy director of legislative affairs and serving as the White House senior liaison to Congress. Her service in the Clinton White House ended in 2000 when she joined then-Vice President Al Gore’s presidential campaign as the deputy campaign manager. [10] [11] In that role, Murguia served as the primary liaison between Gore and national constituency groups, acting as the campaign’s spokesperson for radio, print, and TV. [12]

In 2001, Murguia became the executive vice chancellor for university relations, public and private, at the University of Kansas. [13]

In 2005 that Murguia became the president and CEO of UnidosUS, then known as the National Council of La Raza (NCLR). Murguia was largely responsible for building partnerships between UnidosUS and about 300 nonprofits and community groups in 41 states, the District of Columbia, and Puerto Rico. [14]

Murguia is unapologetically in favor of identity politics, and actively advocates for Latinos to have more sway over American institutions. She also has expressed the view that Latinos represent a crucial bloc of liberal electoral power. [15] [16] Her major focus in is voter registration and mobilization, and under her leadership, UnidosUS and its network have helped over 1.5 million immigrants apply for citizenship. [17]

Murguia is a board member of Independent Sector, a left-of-center coalition of corporations, foundations, and nonprofits that advocates for tax deductions for philanthropists, especially those dedicated to “Native, Black, Latinx, Asian, and other communities of color,” and the limiting of donor privacy. [18] She is also an executive committee member of the Leadership Conference on Civil and Human Rights (LCCHR), and serves on the boards of the National Hispanic Leadership Agenda (NHLA) and the Hispanic Association on Corporate Responsibility. [19]

Janet Murguia has been an outspoken political commentator over the course of her career, regularly appearing on media platforms since her days on the 2000 Gore presidential campaign. She has been highlighted in Hispanic Business magazine’s “100 Top Latinas” and “100 Most Influential Hispanics” lists, Hispanic magazine’s “Powerful Latinos,” Latino Leaders magazine’s “101 Top Leaders of the Hispanic Community,” Newsweek’s Third Annual Women and Leadership issue, the NonProfit Times’s list of top 50 leaders of “Power and Influence,” People En Español’s “100 Most Influential Hispanics,” Poder magazine’s “The Poderosos 100,” and Washingtonian magazine’s “100 Most Powerful Women in Washington.” [20]

Murguia was the first Hispanic-American to deliver the keynote speech at the Dr. Martin Luther King, Jr. Unity Breakfast, which occurs annually in Birmingham, Alabama. [21]

In 2008, Janet Murguia had a television debate with Lou Dobbs, who at the time was a host on CNN. Murguia attempted multiple times to claim a stark difference between free speech and hate speech, and accused Dobbs’ political commentary of being hate speech. She demanded that CNN stop giving a platform to Dobbs and others who share his views on illegal immigration, such as Dobbs’ characterization of illegal immigration as a “public health threat.” [22]

In 2014, Murguia reached national headlines by mockingly referring to President Barack Obama as the “Deporter-in-Chief” in a speech at La Raza’s gala in which she criticized the roughly two million deportations of illegal immigrants from the United States that had occurred during the Obama administration. [23] In an interview with NPR, Murguia defended her attack on Obama, saying, “it’s actually a fact.” [24]

In 2015, Murguia accused then-presidential candidate Donald Trump of promoting “bigotry and demagoguery” and demonizing Latino-Americans. She cited reports from the Anti-Defamation League (ADL) to support her claims that politicians can incite violence and racism even if they condemn them, and claimed that the Republican Party was being “Trumpified” and was responsible for an alleged violent attack against a Hispanic man that occurred in Boston, Massachusetts. [25]

In an op-ed co-written with Mi Familia Vota executive director Hector Sanchez-Barba and published on The Eagle, Murguia acknowledged polls showing that Latinos supported Republican policies on economics and inflation. However, Murguia claimed there was no threat that a majority of Latinos would begin to vote for Republicans. [26]

In 2022, Murguia weighed in on a mass shooting that occurred in a grocery store in Buffalo, New York, calling it “part of an epidemic of hate fueled by white supremacy.” She said the incident could not be written off as an isolated event conducted by a lone killer but a tragedy “allowed to flourish by silent complicity” mainly on the part of Republican leaders and former President Trump. Murguia recommended “enacting laws that provide guardrails on the Internet to prevent the unchecked proliferation of hate, bigotry, and mis- and disinformation.” She also said the shooting required holding politicians “accountable for their words” and passing strict gun control legislation. [27]