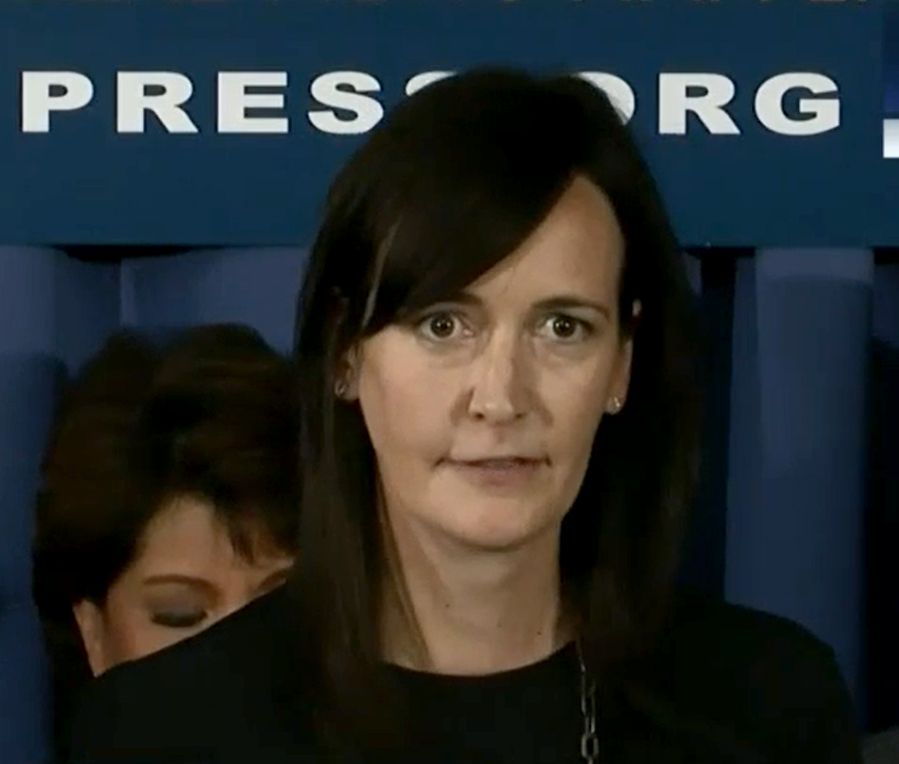 Heather Smith is a left-progressive activist with a career focused on growing youth voting participation. [1] She employed a variety of tactics while working for different left-of-center organizations, many of which are members of the controversial Public Interest Network of groups, to drive an increase in Democratic support.

Her most recognizable role has been as the president of the left-of-center Rock the Vote. Smith supports many left-of-center positions including abolishing the electoral college,[2] supporting abortion,[3] opposing voter ID laws,[4] and supporting Obamacare. [5]

Smith claimed credit in driving millions of youth for record turnout of their vote in helping elect President Barack Obama in 2008 and 2012. [6] A skeptical columnist questioned if her contribution was important in consideration of prior youth voting records driven by particular candidates’ personalities (e.g. those of then-Sens. Barry Goldwater (R-AZ), Bobby Kennedy (D-NY), and George McGovern (D-SD)) rather than campaign strategies. [7] Another critic noted youth voting numbers dropped to traditional low levels in 2010. [8] Smith blamed the downward trend in 2010 on a poll that showed the majority of youth voters were cynical about politics two years after President Obama’s 2008 election. [9]

Smith views the Millennial generation (defined by one measure as those born between 1981 and 1996[10]) as a critical component of future elections and as primarily democrat. She describes them as advocates for LGBT lifestyles, supporters of government action targeting climate change, and backers of ready access to abortion. [11]

Heather Smith studied President Ronald Reagan’s transformative success with youth voters and translated his record of converting young voters into Republicans into her own strategy to capture their first vote for Democrats. She cites evidence that two-thirds of voters never change their party affiliation from their first election. Smith claims that success with the youth vote will mean decades of committed Democratic voters and victories. [12]

Smith warned in 2012 that Republicans could gain more of the youth vote if the Democrats didn’t change the discouraging economic situation compelling young voters to live with parents, face joblessness and oppressive student loan debt. [13]

Heather Smith has pioneered many tactics to motivate youth to vote. They include texting thousands of college students, offering a free demo of the video game Assassin’s Creed in exchange for voting registration. [14] She partnered with Facebook and AT&T to set up a toll-free voting registration phone number and wrapped Madonna in an American flag during a performance. [15] Smith created an on-line voter registration tool published on 23,000 websites that recorded 2.25 million voter registrations. [16] The tool was promoted in many outlets including MTV, Facebook, MySpace, YouTube, NBC, CNN, and Comedy Central. [17] She also evolved her approach with the advent of social media to create advertisements and engagement strategies across the various social media channels. [18]

Heather Smith took note of the fact that 13,000 people turn 18 every day and most of them did not know what steps to take to become voters and were unaware of the important issues. She in turn worked with the National Education Association teachers’ union to create the Democracy Class oriented towards high school students, supported with teacher resources. [19] The curriculum Smith helped create teaches students that voter suppression is rooted in racial discrimination. It informs students that minorities have faced voter suppression in the past continuing to present day. Smith’s resources also inform students about left-of-center positions on issues like sexual education in schools, checking people’s citizenship status, LGBTinterests, marijuana regulation, public transportation, and minimum wage increases. [20]

The teachers’ guide and videos were initially distributed primarily in major city schools like those in Chicago, Washington, D.C., New York, and Los Angeles due an abundance of existing relationships with teachers and teachers’ unions. It was rolled out nationally as nearly 3,000 teachers had expressed interest in the course. Smith offered to interested teachers additional partners to provide students with more voting guidance. [21]

Heather Smith contributed to a book called Electoral Dysfunction, A Survival Manual for American Voters in which she calls for the replacement of the Electoral College with a  plurality-at-large national vote. [22]

Smith worked with House Speaker Nancy Pelosi (D-CA) in the development of Obamacare specific to those aspects affecting young voters. She advocated successfully for young adults to be on parent’s healthcare policies until the age of 26. [23]

She was published frequently in the news accusing states of voter suppression of students by implementing voter identification laws. [24] Critics of Smith’s claims describe them as “simplistic and overblown.”[25]

Heather Smith started her career with the left-of-center environmentalist outfit Green Corps. Political defeats helped shape her understanding of the importance of youth voting. She then became the national field director for the left-of-center Public Interest Network’s Student Public Interest Research Group (PIRG) New Voters Project. In 2007, she became the president of Rock the Vote and deployed successful tactics to register over two million youth voters. [26]

Smith is currently serving in multiple roles including a Corps Advisor for Organizing Corps 2020, which coordinates with Democratic Party representatives to train graduating college students on voting fundamentals. [27] The organization has been endorsed by former Democratic candidates Hillary Clinton, Andrew Gillum, and Stacey Abrams. [28]

Smith is serving as a team member for the left-of-center Nonprofit Vote. [29] She is a consultant on the “Youth v Gov film team” which is producing a movie about a group of youth suing the U.S. government for violating their constitutional rights by allowing climate change. [30]

She is a senior advisor to Our Children’s Earth (OCE) Foundation and OCE Film Fund. These organizations fund documentaries about the environment and human rights. [31]

Heather is a member of the Board of Directors for the left-of-center Advocates for Youth, which focuses on youth sexuality issues including LGBT interests. [32]

She also is on the advisory board for the Campus Election Engagement Project (Ceep). [33]