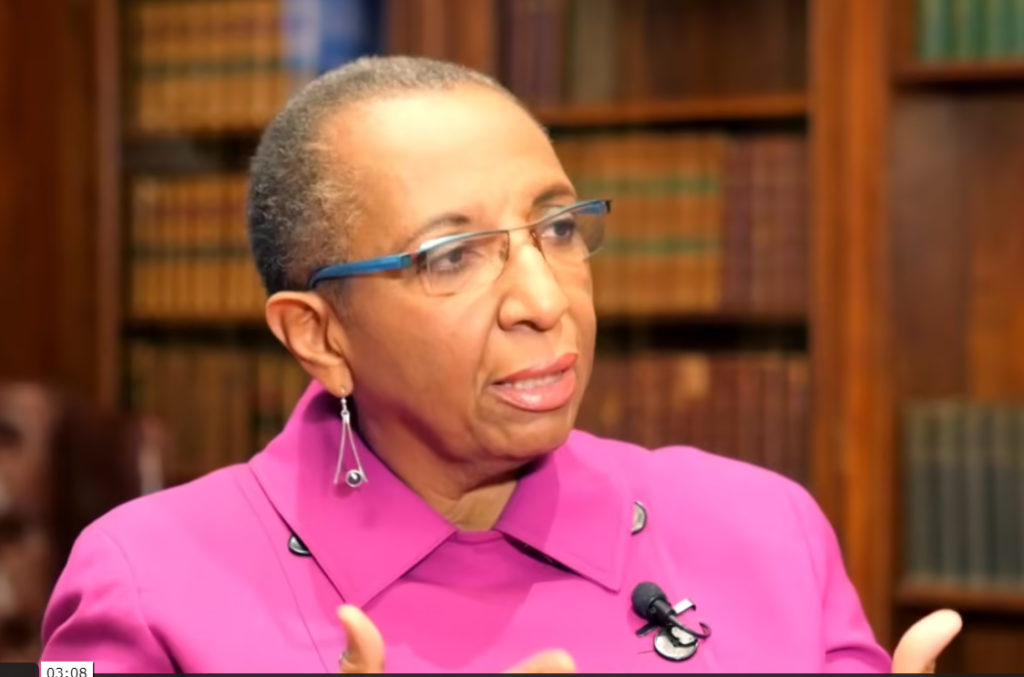 Gwynne Wilcox is a union-side labor lawyer, partner at Levy Ratner, and is President Joe Biden’s nomination for Member of the National Labor Relations Board (NLRB).

Gwynne Wilcox earned a BA from Syracuse University and a JD from Rutgers University School of Law–Newark. [1]

Wilcox worked as a field attorney at Region 2 of the National Labor Relations Board in New York. [2]

Wilcox became a partner at the law firm, Levy Ratner, which specializes in representing unions before the NLRB. She is currently the associate general counsel of 1199SEIU-United Healthcare Workers East. At Levy Ratner, Wilcox helped organize and promote labor protests which would eventually form the Fight for $15 movement. [3]

Wilcox is a labor representative at the New York City Office of Collective Bargaining, the city’s equivalent of the National Labor Relations Board. [4]

Wilcox is a board member of Brandworkers International, a left-wing food workers organizing group. In 2015, Brandworkers gave Wilcox the Champions of Economic Justice Award. [6]

Wilcox was previously a board member of the AFL‑CIO Lawyers Coordinating Committee. [7]

Wilcox has taught classes at the CUNY Murphy Institute and the Cornell ILR School. [8]

In 2013, Wilcox was editor-in-chief of the Supplement to the American Bar Association/Bloomberg BNA Treatise. [9]

On May 27, 2021, President Joe Biden nominated Gwynne Wilcox to the National Labor Relations Board to a seat that has been vacated since 2018. [10]

If confirmed, Wilcox would become the first black woman to sit on the NLRB. She will also be the second Democrat currently sitting on the Board, alongside Lauren McFerran. With Republican board member Bill Emanuel’s term expiring in August 2021, the NLRB will flip to a Democratic majority. [11]

Wilcox and her law firm Levy Ratner have been involved in an ongoing legal struggle between union groups (including Fight for $15) and McDonald’s over “joint-employer” regulations set by the NLRB. Levy Ratner has argued that McDonald’s qualifies as a joint-employer with its independently owned and operated franchises, thereby making McDonald’s liable for labor violations directly committed by its franchises. The NLRB’s regulation of joint-employer status has flipped back and forth between pro-business and pro-union rulings as control of the board has changed between Republicans and Democrats. [12]

In 2018, the Republican-majority board rejected Obama-era rulings and reinstated a narrower application of joint-employer designations which largely absolved McDonald’s. However, a dispute over board member Bill Emanuel having previously represented management in Browning-Ferris, a joint-employer case which led to the Obama-era ruling, led to members of Congress demanding the decision overriding Browning-Ferris be withdrawn. [13]

According to HR Daily Advisor, more joint-employer cases are expected to come before the NLRB, especially as more Democratic appointments are made. Given Wilcox’s history of working on the labor-union side of NLRB joint-employer cases, she could face the same conflict of interest concerns as Bill Emanuel, and might be called upon to step back from relevant cases. [14]