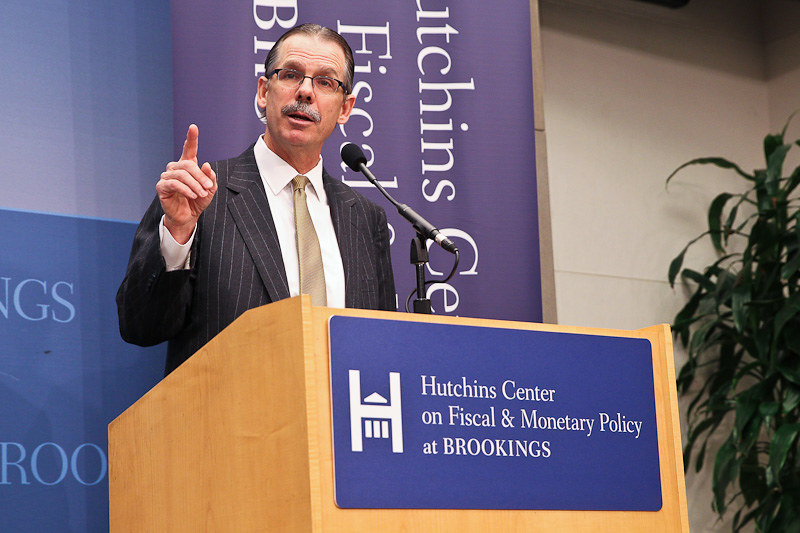 Glenn Hutchins is a private equity investor and major donor to left-of-center political causes and candidates. He served as a policy adviser in the Clinton administration and is on the board of several political non-profits including the Center for American Progress, the Brookings Institution, and the Obama Foundation. Over the course of three decades he has donated tens of thousands of dollars to left-of-center candidates and political action committees. [1]

Hutchins graduated from The Lawrenceville School, an exclusive college preparatory school located in New Jersey, in 1973. [2] He later received an degrees from Harvard, Harvard Law School and Harvard Business School. [3] He has been involved in many private equity firms, but is most well known for being the chairman and co-founder of Silver Lake Partners. Silver Lake Partners was founded in 1999 and is heavily focused on technology. It has $43 billion under management. [4]

Hutchins is also a part owner of the Boston Celtics and in 2018 was reelected as a class B director of the Federal Reserve Bank of New York for a three-year term. [5]

Hutchins is heavily involved in philanthropy. He and his wife founded the Hutchins Family Foundation and Hutchins serves on the boards of several non-profits. He is currently chairman of the Hutchins Center for African and African American Research, a Harvard University institution he founded with a $15 million grant in 2013. [6] [7]

The Hutchins Family Foundation provided the founding gift for the Hutchins Center for Fiscal and Monetary Policy at the Brookings Institution where Hutchins is also co-chair of the board of trustees. [8] [9]

Hutchins is on the board of directors at the Obama Foundation, the Center for American Progress, and vice-chair of the Economic Club of New York[10] [11] [12] He is also a member of the Council on Foreign Relations. [13]

Hutchins served in the Clinton White House transition team and later as an economic and healthcare advisor to the Clinton administration. [14]

Hutchins was very opposed to Donald Trump during the 2016 election, claiming that Hillary Clinton would be better for the economy because Trump would introduce market uncertainty similar to how the Brexit vote did in the U.K. [15]

Hutchins opposed the Trump administration-backed Tax Cuts and Jobs Act, expressing concern about the national debt. He also has said that Representative Alexandria Ocasio-Cortez (D-NY) should focus on trying to roll back the Trump tax cuts rather than calling for a 70 percent top marginal tax rate. [16]

Hutchins is opposed to attempts for Congress to audit the Federal Reserve or to exercise oversight over it. [17]

Hutchins has donated to a number of Democratic campaigns and party committees over the course of three decades, including contributions to as the campaigns of U.S. Senator John Kerry (D-MA), President Bill Clinton, former U.S. Rep. Rahm Emanuel (D-IL), President Barack Obama, and House Speaker Nancy Pelosi (D-CA). He has also donated tens of thousands of dollars to Democratic political committees such as the Democratic Senatorial Campaign Committee, the Democratic Congressional Campaign Committee, and the DNC Services Corporation. [18]