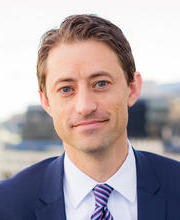 Daniel J. Jones is a researcher and former intelligence analyst who heads the advocacy organizations Democracy Integrity Project and Advance Democracy, and works as president of the Penn Quarter Group, an opposition research firm. Prior to taking those positions, he was a staffer for U.S. Senator Dianne Feinstein (D-CA) and the Democratic staff of the Senate Intelligence Committee. [1]

Senate Republicans alleged that his organizations worked with controversial opposition research firm Fusion GPS and former British intelligence officer Christopher Steele, the operative who circulated a dossier of unverified allegations against then-candidate Donald Trump to media, politicians, and law enforcement after the 2016 election. [2][3]

As a Senate Intelligence Committee staff member, Jones authored the “Senate Torture Report” that publicized CIA detention and interrogation techniques and has been used in the defense of accused terrorists. [4]

Jones is a graduate of Elizabethtown College in Pennsylvania and holds master’s degrees in teaching from Johns Hopkins University and public policy from Harvard University. [5] He participated in the Teach for America program before joining the FBI as an international intelligence analyst in 2003. [6]

Jones led the Senate Intelligence Committee staff team behind the creation of the “Senate Torture Report,” which publicized CIA detention and interrogation practices during the War on Terror. [7] Many of the report’s findings were disputed by the CIA and other intelligence agencies, and its release was controversial because of the value the information it contained could potentially provide to terrorist organizations and other enemies of the United States. [8]

The report was published in December 2014 by the Senate’s Democratic leadership as one of their last actions before a Republican majority took control in 2015. In doing so, the Senate rejected a request from Obama administration Secretary of State John Kerry to delay the release out of concerns it would harm diplomatic efforts to build an international coalition against the ISIS Islamist terrorist network. [9]

Alka Pradhan, an attorney defending accused 9/11 terrorist attack planner Ammar al-Baluchi, has said that she will “forever be grateful” to Jones for the information released in the Torture Report. [10] [11] She said the information regarding CIA practices was “gold” for al-Baluchi’s defense. [12]

The government charged Al-Baluchi (born Abd Al Aziz Ali) with allegedly managing the travel plans and finances that delivered at least 13 of the 9/11 hijackers to the U.S., as well as later acting as a courier for Al Qaeda terrorist organization leader Osama bin Laden. [13]

The 2019 film The Report tells a fictionalized story of the creation of the torture report and positions Jones, as portrayed by actor Adam Driver, as a hero. [14] The film premiered at what the Hollywood Reporter characterized as a “politics-heavy” 2019 Sundance Film Festival, alongside movies celebrating U.S. Rep. Alexandria Ocasio-Cortez (D-N.Y) and “Dreamer” immigrants. [15]

After leaving the Senate, Jones spent a year working for the lobbying firm of former Senate Majority Leader (and board chair of the Center for American Progress think tank) Tom Daschle (D-SD) before founding the Penn Quarter Group. [16]

According to a report by House Intelligence Committee Republicans, Jones described Penn Quarter to the FBI in 2017 as “exposing foreign influence in Western elections,” and told FBI agents that it “was being funded by 7 to 10 wealthy donors located primarily in New York and California, who provided approximately $50 million.” [17]

According to Senator Charles Grassley (R-IA), Jones told the FBI that Penn Quarter had secured the services of Christopher Steele and controversial opposition research firm Fusion GPS to “continue exposing Russian interference in the 2016 U.S. Presidential election.” Grassley alleged that Jones planned to send information generated by Steele and Fusion GPS to Congress and the media. [18]

In sworn testimony, former Trump campaign aide Michael Caputo would later accuse Penn Quarter of feeding false information to Jones’s former Senate Intelligence Committee colleagues, claiming that the resulting investigations forced Caputo to incur significant legal bills and receive death threats to himself and his family, even though Caputo was never charged with any wrongdoing. [19]

Even after the Mueller Report found no evidence that the Trump campaign engaged in any criminal conspiracy with Russian interests, Jones continued to promote theories regarding the 2016 election to national media based on information allegedly uncovered by his researchers at Penn Quarter. [20][21]

In 2017, Jones founded the Democracy Integrity Project as a 501(c)(4) advocacy group. [22] Funded by a range of left-wing donors, including liberal financier George Soros, the organization promotes left-wing narratives around foreign interference in the 2016 U.S. presidential election and other elections around the world. [23] A spokesperson for Soros confirmed to the Washington Post that the Democracy Integrity Project “used Fusion GPS as a contractor.” [24]

In its 2018 tax filings, the Democracy Integrity Project reported paying more than $3.3 million to Fusion GPS’s parent company Bean LLC and more than $250,000 to a UK-based company at which Christopher Steele is a director for “research consulting.” [25] [26] [27] It also paid almost $150,000 to Istok Associates, a UK-based firm run by Neil Barnett, who claims that Russia interfered with the UK’s Brexit election. [28][29]

In January 2018, Jones also launched Advance Democracy, a 501(c)(3) charity. [30] This organization has not yet publicly filed any financial reports, but is also active in alleging continued Russian election interference: The New York Times reported that it had “flagged a number of suspicious websites and social media accounts” to authorities as promoting Russian interference in the 2019 European Parliament elections. [31]