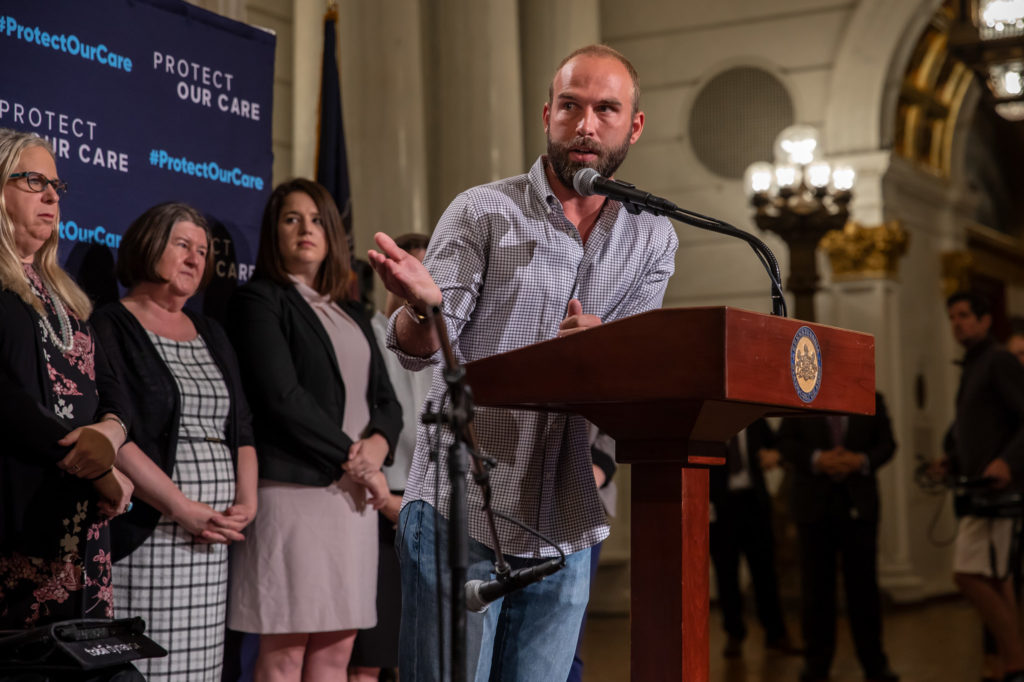 Adam Hoyer is a Democratic Party campaign staffer and political activist. He works as organizing director for Protect Our Care, a pro-Obamacare group. Prior to that, Hoyer served as national get-out-the-vote director for the labor union-aligned PAC For Our Future, national field director for Americans United for Change (AUFC), and director of field campaigns for Smoot Tewes Group (STG), a Democratic consultancy.

Even though Protect Our Care is a project of the Sixteen Thirty Fund, according to FEC Records, Adam Hoyer is employed by the New Venture Fund, both of which are managed by Arabella Advisors. [1] [2]

In a webinar hosted by Protect Our Care in March 2021, Hoyer was specifically credited by former President Barack Obama as being “part of that crew of incredible young organizers who helped me win Iowa and got me over the top” in his 2008 campaign. [4] The records also show that Hoyer made financial contributions to the Presidential campaign of President Joe Biden in 2020. [5]