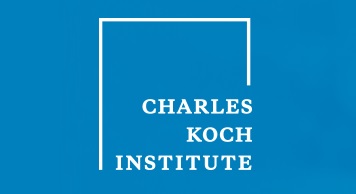 The Charles Koch Institute (CKI) is a libertarian-leaning nonprofit educational organization located in Arlington, Virginia, that is the principle funding vehicle for public policy-related giving for billionaire businessman and donor Charles Koch. The organization was founded by Koch and has close ties to many right-leaning organizations that have received funding from Charles Koch and his late brother David. The Institute was founded in 2011 and primarily provides educational programs and policy research to support the work of the right-leaning think tanks and policy organizations within the Koch network. [1]

Programs operated by the institute include internship and full-time entry-level fellowship programs that place students and young professionals into work at organizations aligned with the Institute’s advocacy goals. The organization is located in Arlington, Virginia, where it shares a building with connected organizations such as the Charles Koch Foundation and Americans for Prosperity. [2]

The Charles Koch Institute has two major educational programs that it operates: the Koch Associate Program and the Koch Internship Program.

The Koch Associate Program places young professionals in entry- to mid-level positions at right-leaning nonprofit organizations. [6] Placement organizations receive a grant to cover a portion of the participant’s salary cost, and CKI hosts educational training for all participants at its office in Arlington one workday per week. [7] The program had a sister program for individuals not based at organizations in the Washington, D.C., area called [email protected], which eventually became a remote component of the Koch Associate Program. [8]

CKI also hosts the Koch Internship Program for student interns, which is a similar model to the Koch Associate Program, where students are placed at host organizations and receive a weekly stipend paid by CKI. CKI’s Media Journalism Fellowship takes place outside of working hours and provides educational programming to center-right current and aspiring journalists. [9]

Jobs and internships offered by CKI’s educational programs span all fields of nonprofit organizations such as policy and research analysis, communications and public relations, marketing and digital media, and fundraising. [10]

The Charles Koch Institute’s educational programs center on the teaching of “Market-Based Management” (MBM), a management philosophy that is used by Koch Industries and other Koch-affiliated non-profits. MBM teachings center on the philosophy of running organizations and businesses according to free market principles. [12]

Market-Based Management is a registered trademark of Koch Industries and is touted by CKI as being Charles Koch’s philosophy behind his years leading Koch Industries, in which he grew the company into an international corporation with over 100,000 employees. The management philosophy encourages employers to apply libertarian values such as free speech and property rights to workplace settings. The philosophy has principles such as integrity, compliance, transformation and “principled entrepreneurship,”[13] another registered trademark of Koch Industries. [14]

In addition to its educational programs, the Charles Koch Institute funds projects at many right-leaning and libertarian-oriented organizations. While most of the organizations funding is directed to right-leaning groups, the organization has partnered with left-leaning groups such as the Anti-Defamation League[15] in the past, particularly on issues surrounding criminal justice and free speech. [16] In addition to criminal justice, other issue areas emphasized by CKI include economic opportunity, education, foreign policy, free speech, healthcare, and immigration. Organizations with programs funded by CKI include the Independent Women’s Forum, the National Taxpayers Union Foundation, the Reason Foundation, the Foundation for Individual Rights in Education, the Goldwater Institute, the Bipartisan Policy Center, and TechFreedom. [17]

While the charitable work of the Charles Koch Institute and related entities is often associated with right-leaning politics and libertarianism, much of the work of CKI focuses on forming bipartisan support on issues, particularly criminal justice. The organization has worked with both the American Civil Liberties Union and left-leaning activist Van Jones to support criminal justice reform legislation. The organization has also partnered with the left-leaning William and Flora Hewlett Foundation. [18]

Charles Koch is the founder and Chairman of the Board of the Charles Koch Institute. The teachings of the Charles Koch Institute are heavily influenced by his Market-Based Management philosophy, which he chronicles in books he wrote titled Good Profit and The Science of Success. Koch has served as chairman of the board and CEO of Koch Industries since 1967, during which time the company grew from being worth $21 million to having revenues as high as $100 billion and over 100,000 employees, making it currently the second largest privately held company in the United States. Charles Koch is known, along with his late brother David, for providing funding for and founding dozens of right-leaning and libertarian leaning organizations including Institute for Humane Studies, the Cato Institute, the Mercatus Center at George Mason University, and the Bill of Rights Institute. [19]

Brian Hooks has served as President and CEO of the Charles Koch Institute since 2014. He simultaneously serves as the President and CEO of Stand Together, and the Charles Koch Foundation. Prior to joining CKI and the Koch network, he was the Executive Director and COO of the Mercatus Center at George Mason University. [20] Hooks earns compensation of over $1.2 million according to public tax records. [21]