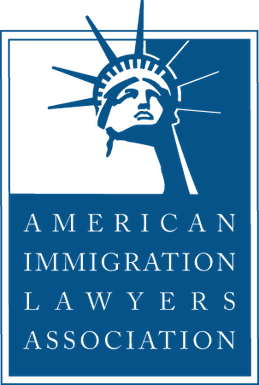 The American Immigration Lawyers Association (AILA) is a dues- and membership-supported organization for lawyers who practice immigration law. Its programs are aimed at improving the practice of immigration law, promoting liberalized immigration, and advancing the policy argument that immigrants improve the U.S. economy.[1]

AILA has been a frequent critic of the administrations of President Barack Obama and President Donald Trump for their policies of using family detention centers to house Central Americans coming into the U.S. to claim refugee status. AILA lawyers have been very active in providing pro bono legal assistance to such migrants.[2]

The American Immigration Council (AIC) is AILA’s public policy advocacy affiliate.[3] It engages in strategic lawsuits that advance AILA’s policy objectives,[4] produces policy documents that promote AILA’s agenda,[5] and sponsors foreign applicants who wish to come to the U.S. for internships and job training with U.S.-based businesses.[6] AIC frequently cites and rhetorically supports the work of the Southern Poverty Law Center (SPLC),[7] a left-wing organization with a history of unreliable and reckless accusations regarding the character of its ideological opponents.[8] In addition to the financial assistance it receives from AILA, AIC receives substantial funding from several large foundations with a history of grant giving to left-wing causes, including the Ford Foundation, Unbound Philanthropy, and the Open Society Foundations founded by left-wing billionaire George Soros.[9]

AILA is a 501(c)(6) professional membership organization for lawyers who represent immigrants and U.S. businesses in disputes with U.S. immigration authorities. Founded in 1946, it now reports membership of more than 15,000 attorneys organized into 39 chapters nationwide.[10] Its programs are aimed at enhancing the ability of its members to practice immigration law for the benefit of migrants, promoting liberalized immigration, and advancing the policy argument that immigrants improve the U.S. economy.[11]

AILA has been a vocal and consistent critic of the U.S. government policy of using family detention centers to house the tens of thousands of Central American citizens claiming refugee status who have been coming into the U.S. since 2014. AILA’s denunciations began when the administration of President Barack Obama launched the detention camp policy, and continued into 2018 as the administration of President Donald Trump continued it. Many AILA members have provided pro-bono legal help to the asylum seekers.[12] Its participation in the CARA Family Detention Project (CARA) is an extension of this concern.

As of 2018, Benjamin Johnson was the executive director of AILA. He took the position in 2015, moving from AILA public policy subsidiary American Immigration Council.[13]

AILA’s 2015 federal tax filings show nearly $13.8 million total revenue, with $5.4 million coming from membership dues and nearly $7.4 million from conferences and other professional services and products provided for the membership.[14]

The American Immigration Council (AIC) is an advocacy and research organization eligible to receive foundation and tax-deductible contributions that was founded as an AILA subsidiary in 1988.[15] According to AIC’s 2015 tax filing, AILA gave $258,909 in grant assistance to AIC, provided another $72,341 in donated staff time, and at least 7 of the 30 trustees on the AIC board of directors are also on the AILA board.[16]

AIC promotes expanded legal immigration and legal status for some illegal immigrants. It engages in strategic lawsuits that advance its policy objectives (such as suing the U.S. government to obtain faster hearings for asylum seekers being detained after entering the United States without permission[17]), produces policy documents that promote its agenda (such as a report arguing legal status for undocumented residents would boost U.S. job growth[18]), and sponsors foreign applicants who wish to come to the U.S. for internships and job training with U.S.-based businesses.[19]

AIC frequently cites and rhetorically supports the work of the left-wing Southern Poverty Law Center (SPLC). This includes praising the objectives of SPLC lawsuits,[20] defending SPLC from its critics,[21] and joining with SPLC in litigation.[22]

Other significant sources of AIC revenue in 2015 included large foundations with a history of giving to left-of-center advocacy organizations. Examples include $350,000 from the Foundation to Promote Open Society (founded by left-wing billionaire George Soros), [24] Unbound Philanthropy (giving $233,300), [25] and the Ford Foundation ($180,000). [26]

The CARA Family Detention Project (CARA) is an initiative that organizes pro-bono legal services for families that have entered the United States without permission and are seeking asylum. It is jointly operated by AILA, AIC, the Catholic Legal Immigration Network (CLIN), and the Refugee and Immigrant Center for Education and Legal Services (RAICES). “CARA” is an acronym representing the first letter of the names of the four participating organizations.[27]

At least three of the four CARA organizations receive significant funding from (or otherwise have financial associations with) the Foundation to Promote Open Society and other large foundations with a history of giving six-figure annual donations to left-learning organizations.[28]

CARA was created in response to the 2014 decision by the Obama administration to create detention facilities to house families and other residents of Central America who were entering the United States without permission seeking asylum.[29] Its activity and the funding of its participating members has increased substantially since the election of President Trump and the continued flow of asylum seekers into the United States. The Ford Foundation website shows its annual giving to AIC increased from $180,000 in 2015, to $450,000 for 2017, the latest year for which the Foundation’s website provided records.[30]

In October 2022, AILA President, Jeremy McKinney voiced his support of the Biden administration’s new immigration parole programs, utilizing the “Uniting for Ukraine (UFU)” model, to expedite the process of immigrating Venezuelan nationals to enter the country safely and with American sponsors. [31] He also called on the U.S government to utilize their resources “for those fleeing other failing states like Haiti, Cuba, Afghanistan, and Central American countries whose plight is no less grave.” [32] However, AILA’s Executive Director, Benjamin Johnson was critical of the Biden Administration’s usage of Title 42 border expulsion policies to expel Venezuelan nationals without prior authorization to Mexico, stating that “Asylum seekers need coordinated support of all the nations in the Western Hemisphere to ensure no one fleeing violence and persecution is put back in harm’s way.” [33]