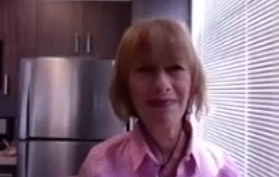 Terri Ann Lowenthal is a left-of-center political consultant who specializes in the decennial U.S. Census. Lowenthal has argued that the Census disproportionately undercounts immigrant, minority, and low-income persons, reducing their political representation and access to federal funding. [1] [2]

In the period before to the 2020 Census, the Trump administration announced plans to add a question about the citizenship status of respondents to the “long form” Census. Lowenthal emerged as a vocal critic of the plan, saying that it was “added in haste and without regard to the traditional process of determining questions” and “really threatens the success of the 2020 census.” [3] [4]

Lowenthal was a congressional aide in both the U.S. House and Senate, eventually becoming staff director of the House Subcommittee on Census and Population from 1987 to 1994. She was part of the 2008 presidential transition team of incoming President Barack Obama, with responsibilities for the U.S. Census Bureau and federal statistical activities. [5]

Lowenthal is a senior advisor to the Funders Census Initiative, a project of the Funders Committee for Civic Participation, a donors’ affinity group for left-leaning voter engagement advocacy that steers millions of dollars from left-leaning funding entities to left-of-center nonprofits. The Funders Census Initiative encourages foundations to make grants designed to increase the census responsivity of minority, immigrant, and low-income communities. Donors associated with FCI gave $34 million to efforts to increase the counts of minority, immigrant, and low-income populations in the 2010 Census. [6] [7]

Lowenthal has said that FCI’s preparation for the 2020 Census began as early as 2013, with grants from funders to community organizations as early as 2017. Funders of FCI include left-leaning donors such as the Ford Foundation, Heising-Simons Foundation, William and Flora Hewlett Foundation, and the W. K. Kellogg Foundation. [8]

Lowenthal is also an advisor on Census issues to Bloomberg Associates, the philanthropic consulting arm of Bloomberg Philanthropies. [9] She was co-founder and co-director of The Census Project, which advocates for “an inclusive and accurate” Census and increased funding for the U.S. Census Bureau. [10]

Lowenthal has been involved in Census-related advocacy for several Census cycles. In the period before the 2020 Census, she called on state and local police, housing authorities, and other government agencies to limit their enforcement activities during the Census count, saying they “need to be very mindful of their interactions with the public during the entire period the Census is conducted” to avoid discouraging Census responses from immigrants and the low income. [11]

In the late 1990s and 2000s, she was an advocate for continuing and expanding the “long form” Census questionnaire, which is sent to a sample of Census respondents and asks a variety of questions about employment, lifestyle, family structure, and personal activities, and which has been criticized for its intrusiveness by privacy advocates. [12]

After the 2000 Census, she advocated for “sampling,” statistical adjustments to the Census population count to account for over- and undercounting, in particular to account for alleged undercounts of minority and immigrant communities. Following a lawsuit the Census Bureau released adjusted figures in addition to the official “enumeration,” or actual headcount. [13]

In the period before the 2010 Census, Lowenthal was critical of efforts by U.S. House Republicans to reduce funding for the U.S. Census Bureau. [14]

In the period before to the 2020 Census, the Trump administration announced plans to add a question about the citizenship status of respondents to the “long form” Census. Lowenthal emerged as a vocal critic of the plan, saying that it was “added in haste and without regard to the traditional process of determining questions” and “really threatens the success of the 2020 census.” Lowenthal stated that illegal immigrants would avoid answering the question for fear of revealing their status and being subjected to immigration enforcement. She said this reluctance to answer would be a response to a “climate of fear” she attributed to the Trump administration’s immigration policies. Inclusion of the citizenship question was later prohibited by the U.S. Supreme Court. [15] [16]

Education and Other Activities

Lowenthal holds a degree in Africana studies from Cornell University and law degree from Georgetown University. She was a member of the Martin Luther King Jr. Federal Holiday Commission and served on the Cornell University Council and President’s Council of Cornell Women. [17]