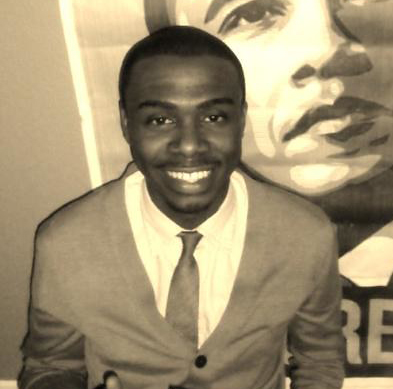 Shalomyah Bowers, also known as Christman Bowers, is the founder and head of Bowers Consulting Firm, a for-profit consulting group for left-progressive organizations and campaigns. He is also a leader of the Black Lives Matter Global Network Foundation, a leading Black Lives Matter group that has come under scrutiny for operational, financial, and transparency reasons.

The Bowers Consulting Firm website names Shalomyah Bowers as its founder and president but provides no other information about his background. [1]

Bowers spoke at a rally for President Barack Obama in 2012 in Akron, Ohio. [2]

Shalomyah Bowers is involved with several Black Lives Matter-related groups alongside Patrisse Cullors, the former executive director of the Black Lives Matter Global Network Foundation (BLMGNF). Cullors resigned from her position amid scrutiny over personal real estate purchases that reportedly totaled $3.2 million. The BLMGNF denied that any charitable funds were used for those purchases. [3] [4]

Bowers is a board member and the chief financial officer of Dignity and Power Now, a left-of-center advocacy group founded by Cullors. [5] [6] He is also treasurer of the Black Lives Matter PAC. [7] [8]

Bowers has also worked as treasurer of Reform L.A. Jails, a group that was founded and led by Cullors and that paid her $20,000 per month for consulting services. [9] The group also reportedly paid Bowers Consulting Firm more than $270,000. [10] [11]

Available filings indicate that Bowers is a board member of the BLMGNF, the leading Black Lives Matter group. In January 2022, the Washington Examiner published an article exposing the group’s lack of publicly-apparent leadership, and questioning who was responsible for managing the tens of millions of dollars’ worth of donations the group raised in 2020. Bowers was one of two remaining board members listed on filings after the resignation of Cullors. [12]

In September 2022, Black Lives Matter Grassroots filed a lawsuit against Bowers, his company Bowers Consulting Firm, and the BLMGNF. The complaint alleged that Bowers had stolen more than $10 million in donations from BLMGNF, using it as his “personal piggy bank,” and accused him of “blazing a path of irreparable harm to BLM in less than eighteen months,” including investigations into the group by the Internal Revenue Service (IRS) and multiple state attorneys general.[13]

The lawsuit claimed that Bowers had “diverted…donations to his own coffers and intentionally took calculated steps to prevent those same resources from being used by BLM…” It also accused him of breaching his fiduciary duties and engaging in self-dealing.[14] Melina Abdullah, a co-director of Black Lives Matter Grassroots, stated that the BLMGNF had “been taken away from the people who built it” and that it was “now led by a highly paid consultant who paid himself upwards of $2 million in a single year.”[15]

After the lawsuit was filed, an attorney for the BLMGNF released a statement calling the allegations “completely false” and predicting that the suit was “destined to lose.” The statement claimed that the foundation had “only made payments to Bowers Consulting Firm since 2020 pursuant to its fully executed and legal contract with Bowers Consulting Firm,” which it said had been approved prior to when Bowers had joined the group’s board of directors. It also stated that all BLMGNF board members, including Bowers, “are working day in and day out toward the long-term stability of BLMGNF.”[16]