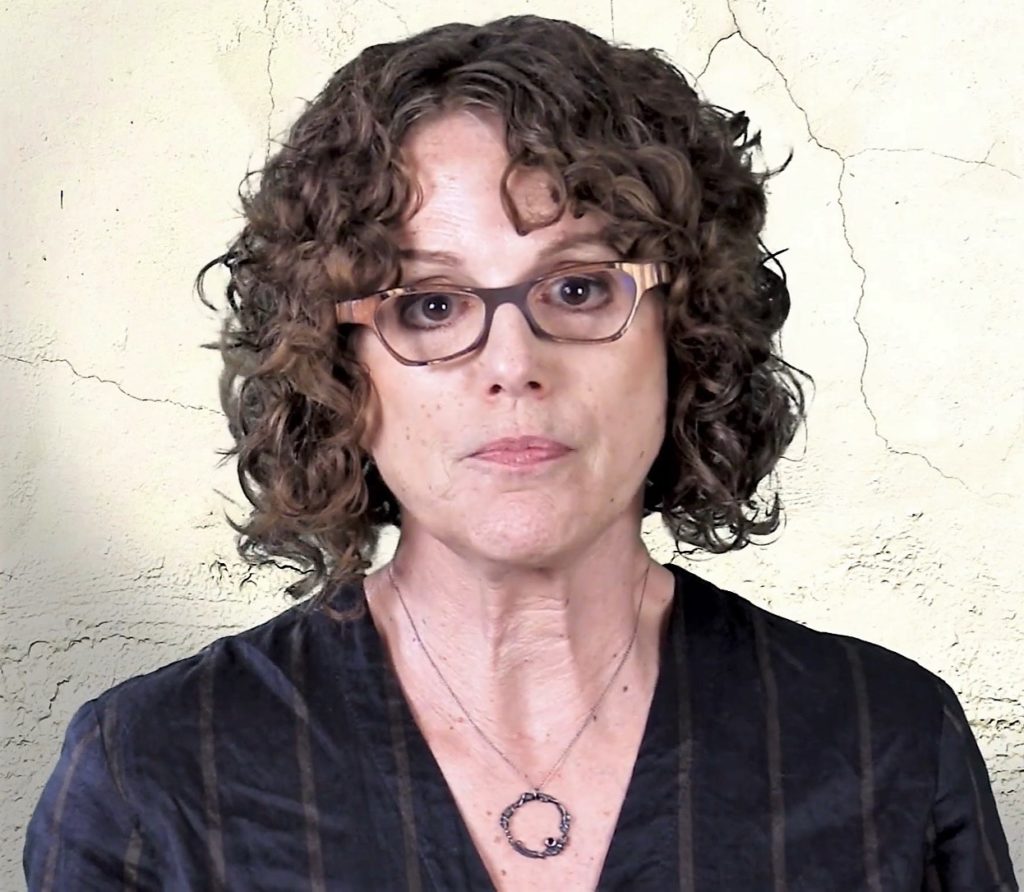 Robin DiAngelo is an author and speaker who promotes far-left perspectives on racial issues. [1] DiAngelo places special emphasis on white people, claiming that they do not sufficiently acknowledge their alleged role in reinforcing racism, which she claims is present in every aspect of American society. DiAngelo gives paid lectures, teaching universities, corporations, and other institutions to apply her ideology. [2]

DiAngelo’s 2018 book White Fragility: Why It’s So Hard for White People To Talk About Racism received praise from other prominent left-wing race theorists. [3] The book also received criticism from multiple right-of-center publications. [4][5] Some left-of-center commentators also took issue with the book for being condescending to both white and non-white people. [6][7]

In February 2021, employees of the Coca-Cola company were allegedly forced to attend a training that instructed them to “be less white” and featured clips of DiAngelo discussing her ideology. Coca-Cola did not deny offering the training, but the company claimed it was not mandatory. [8] DiAngelo herself claimed that the course creator had used clips of her without her permission but did not dispute the content of the clips. [9]

DiAngelo describes her teachings as “anti-racist.” DiAngelo’s ideology is based on the claims that “racism is the foundation of Western society,” that racism is “at play” in every aspect of society, and that “no one is exempt” from “the forces of racism.” [10] In her first book, Is Everyone Really Equal?, DiAngelo endorses a view of race based on “critical theory.” [11] According to the right-of-center Heritage Foundation, critical theory divides people into “either oppressors or oppressed” and calls for limiting some people’s rights “to balance the scales.” [12]

DiAngelo has published three books that promote a critical theory-based approach to race relations. DiAngelo’s first book, Is Everyone Really Equal? An Introduction to Key Concepts in Critical Social Justice Education, contains instructions for applying critical race theory to education. DiAngelo co-authored the book with Canadian professor Özlem Sensoy, who in 2008 signed a letter in support of Bill Ayers, one of the founders of the violent communist extremist organization Weather Underground. [13][14] The book claims that “all humans have prejudice and discriminate” and describes members of minority groups who do not support critical race theory as having “internalized racial oppression.” [15]

Also published in 2012, DiAngelo’s second book What Does It Mean to Be White? Developing White Racial Literacy criticizes individualism, race-neutral policymaking, and opposition to critical race theory. According to DiAngelo, these beliefs contribute to what she calls “white racial illiteracy,” shape the lives of white people, and enable them to deny the supposed systemic racism which she claims exists in American society. [16]

DiAngelo’s published her third and most famous book, White Fragility: Why It’s So Hard for White People to Talk About Racism in 2018. The book claims that white people in America are resistant to critical race theory because they have not built what DiAngelo calls “the cognitive and affective skills” necessary to accept their alleged complicity in “systemic” racism. DiAngelo also criticizes what she calls “defensive moves” that white people make when they are accused of racism or told to accept the premises of critical race theory, implying that denial of critical race theory is itself racist. [17]

DiAngelo’s work, especially White Fragility, has received extensive criticism from right- and left-of-center political commentators. Right-of-center pundit Mark Hemingway of The Federalist described “white fragility” as a rhetorical device “where the more you deny something, the more it’s proof of your guilt” and called it “illogical and manipulative by design.” [18] Left-of-center journalist Matt Taibbi called DiAngelo’s teachings a “dingbat racialist cult” and condemned “the vision of ‘progress’ institutional America has chosen to endorse in the Trump era.” [19]

Cultural critic James Lindsay of New Discourses also compared the ideology of White Fragility to that of a cult, criticizing what he described as a demand to change “how you think, how you see yourself” and “make that change a permanent part of who you are.” Lindsay also argued that DiAngelo “demands you do the work on behalf of the cult and its objectives,” arguing that cults use similar tactics to further entrap their members. [20] Columbia University professor John McWhorter criticized White Fragility for its “dehumanizing condescension” and said the book was “replete with claims that are either plain wrong or bizarrely disconnected from reality.” McWhorter also called White Fragility “the prayer book for what can only be described as a cult.” [21]

University of Tennessee history professor David Barber wrote in the far-left CounterPunch that White Fragility was “only of very limited value in helping us understand racism.” Barber also said that “millions of white people” in America lead hard lives that are “but one or two paychecks or one medical crisis away from disaster” and argued that telling them about their alleged privilege would inspire hostility instead of solidarity. [22]

DiAngelo cites praise of her books by prominent far-left figures on her personal website. Critical race theory lecturer Tim Wise, who has called for Christians to be “run out of [sic] public square” and “locked up,” called What Does It Mean To Be White? “comprehensive,” “incisive,” and “on-point.” [23][24] Wise also praised the book for exploring the way “white folks” allegedly “deflect, deny, and evade the topic of racism.” [25] Vanderbilt University professor Michael Eric Dyson, who claimed that “the real religion in America is whiteness” in a December 2020 interview on MSNBC, called White Fragility “a vital, necessary and beautiful book” and “a bracing call to white folk everywhere to see their whiteness for what it is.” [26][27]

DiAngelo promotes critical race theory to corporations and organizations through presentations and lectures. In her “Seeing the Racial Water” course, DiAngelo describes what she calls “common White racial patterns” and instructs white people to develop far-left perspectives on race by forming negative associations with their racial identity. In her “White Fragility” course, DiAngelo reiterates the points from her book of the same name and instructs white people to build their “racial stamina” by becoming receptive to far-left ideology. [28]

In July 2019, the right-of-center Daily Caller reported that DiAngelo typically charges between $10,000 and $15,000 per event and $320 an hour for phone correspondences. The Daily Caller obtained records showing that DiAngelo charged the University of Kentucky $12,000 for a two-hour session, not including travel and housing expenses. [29]

In February 2021, political commentator Karlyn Borysenko reported that a whistleblower working for the Coca-Cola company had informed her that the company had held mandatory training instructing white employees on how to be “less white.” The training also featured clips of DiAngelo promoting critical race theory in the workplace. Employment lawyer Harmeet Dhillon called the training “blatant racial discrimination.” In a statement to Newsweek, a Coca-Cola spokesperson claimed that the training was not required, but Borysenko alleged that an employee had showed her an email stating that the course was mandatory. [30]

DiAngelo issued a statement in response to the controversy, claiming that she was “unaware that her name, image, and work were being presented in this way.” DiAngelo said that the clips of her were from an interview promoting her book and that they “do not represent the work she does.” [31] The networking site LinkedIn, which hosted the training, stated that the course had been removed. [32]