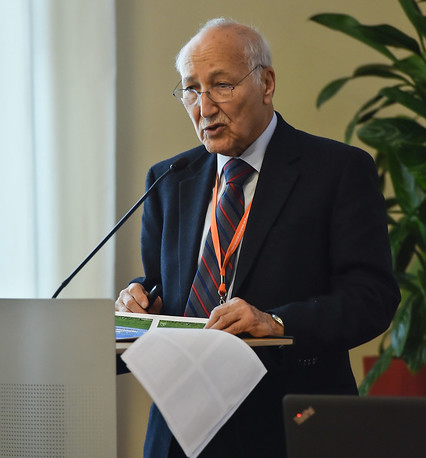 Philippe Villers is a businessman and left-of-center political activist who founded Families USA through which he campaigns on behalf of federal health care market regulation, especially Obamacare. Beginning in the late 1980s Villers has worked with Democratic politicians and other left-of-center individuals and organizations to enact these reforms. Villers has advised and supported of the presidential campaigns of Michael Dukakis, Bill Clinton, and Barack Obama.

Philippe Villers is a Franco-American businessman who, in 1969 founded Computervison, a Computer Aided Design (CAD) company. In 1988 went he founded Automatix, an early industrial robotics firm. [1]

Following his success in business, Villers, and his wife, Katherine Villers, entered the field of philanthropy, founding the Villers Family Foundation. The organization was renamed Families USA in 1989, after shifting its focus towards political activism, advocating for greater federal intervention in the United States health care market. [2]

The Washington Post has described Villers as a “longtime Democratic donor”;[3] he has involved himself in Democratic politics since at least 1988. the New York Times identified Villers as a major supporter of then-Massachusetts Governor and Democratic presidential nominee Michael Dukakis. [4]

Villers and his organization Families USA were both closely tied with former President Bill Clinton, when he was in office. A 1994 article published in the Baltimore Sun noted that Families USA had begun its relationship with Clinton prior to the launch of his campaign. [5] Villers and Families USA were criticized by other left-wing organizations during this period due to their relationship with the Clinton administration, which some suggested was overly close. [6]

Villers and Families USA were closely aligned with the unsuccessful campaign for government-run health care led by then-First Lady Hillary Clinton. Following the loss of a Democratic majority the House of Representatives and the Senate in the 1994 midterm elections, President Clinton would scrap his government-run health care plans, which represented a major loss for Villers and Families USA. [7]

Following the failure of his 1994 health care campaign, Villers largely shifted focus during the following decade, towards international activism and food security in the developing world. [8] Politico reported that, starting in 2005, Villers efforts began to return to the implementation of greater government intervention in health care, ultimately hosting a three day conference for others committed to expanding federal control over the health care market. [9]

By 2009, Villers was again considered a key individual within the broader campaign for what would become Obamacare. That year, Villers’s organization Families USA was listed by Politico as a regular participant in weekly call-in meetings with organizations like the AFL-CIO and Health Care for America Now, in an attempt to coordinate political efforts to achieve greater federal intervention in the U.S. health care market. [10]

Villers efforts to ensure the passage of Obamacare included his role as a board member at the Herndon Alliance. [11] Dissolved in 2014, the Herndon Alliance formed partnerships with major left-wing and left-of-center groups, like the Service Employees International Union and AARP, to pass the law which would eventually become Obamacare. [12]

Herndon Alliance courted controversy when it was revealed that the organization, which was primarily focused on “messaging” efforts, were the creators of claims by Obama administration officials that those who liked their healthcare could keep it under the Obamacare scheme. [13] This claim was listed as 2013’s “Lie of the Year” by left-of-center fact checking organization PolitiFact. [14]