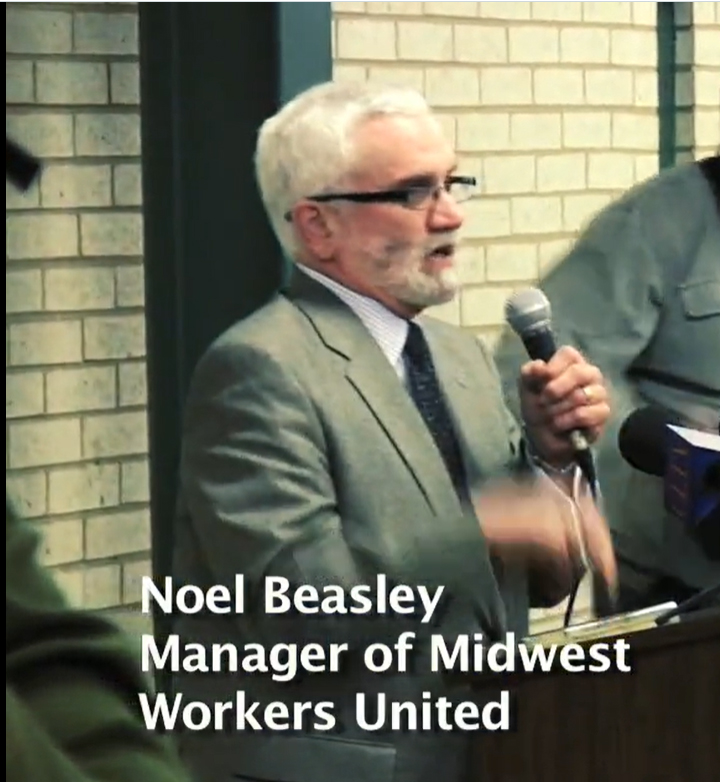 Noel Beasley is a union activist who was the president of Workers United, a division of the Service Employees International Union, from 2011 through 2016 and is now president of the Eugene V. Debs Foundation. Prior to leading Workers United, he was director of Workers United and its predecessor unions’ Chicago and Midwest regional operations for 25 years. [1]  Beasley  joined the Textile Workers Union of America Local 1818 in 1974. After serving as a local union officer, he became a staff representative in 1977. [2]

Beasley is also a member of the board of directors for the Amalgamated Foundation,[3] a left-of-center organization associated with the Workers United-owned Amalgamated Bank that sponsors campaigns targeting socially conservative and pro-limited immigration organizations.

Beasley participated as a speaker in a 2003 protest against the Iraq War at United Auto Workers (UAW) Local 600 in Dearborn, Michigan. [6] In his speech, Beasley advocated for taking advantage of the fact that many service members come from lower-income families, and that this should be highlighted to advance the objective of unionization. Beasley urged those in attendance to remind other co-workers that according to Beasley, “this is a war that will put working men and women on the front lines to get killed” – and to kill Iraqi men and women. [7] The event claimed the Iraq War was a “right-wing attack on working people” and argued that “opposition to the war is not unpatriotic.” [8]