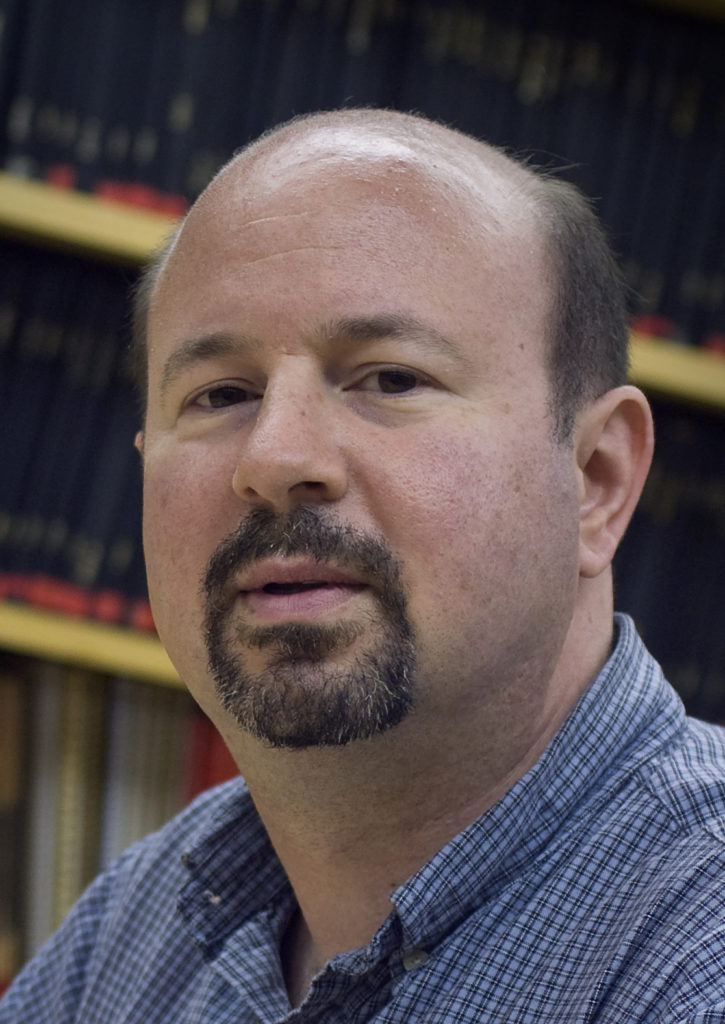 Michael Mann is a professor of atmospheric science at Penn State University and a prominent climate scientist. He is best known for his promotion of anthropomorphic climate change and the “hockey stick” graph projecting rapidly increasing global temperatures within the near future.

Mann advocates for government to enact a “World War II-scale” mobilization of resources to combat what he believes will be catastrophic climate change in the next few decades. Though he was reticent to comment on political issues in the beginning of his career, a 2014 New York Times op-ed announced his activist intentions and urged other scientists to join him in trying to enact his policy goals. Mann has advocated for suppressing the viewpoints of critics who challenge the mainstream opinions regarding the impact  of climate change, calling such skepticism “arguably… the most villainous act in the history of human civilization.” [1]

Michael Mann attended the University of California Berkeley, from which he attained degrees in physics and applied mathematics in 1989. After graduating, Mann began attending Yale University with the intention of attaining a PhD in physics. He switched tracks to earn an MS and MPhil in physics in 1991, and then an MPhil in geology in 1993. In 1998, Mann attained a PhD in geology and geophysics. [2]

After earning his PhD, Mann became an assistant professor of environmental science at the University of Virginia. In 2005, Mann became an associate professor in the Department of Meteorology and the director of the Earth Science Center at Pennsylvania State University. In 2009, Mann was promoted to a full professor, and in 2013 he became a “distinguished professor.” [3]

In 1998, Mann, Malcolm Hughes, and lead researcher Raymond Bradley published the research paper, “Global-scale temperature patterns and climate forcing over the past six centuries,” in Nature. The paper attempted to reconstruct global temperature data during the prior 600 years with the novel addition of tree ring data, resulting in a graph displaying a slightly declining line with a dramatic spike around 1900 AD. The shape of the line resembled a “hockey stick,” with the industrial revolution and its associated CO2 pollution being attributed to the sudden increase in global temperatures. [4]

The hockey stick has become associated with pessimism and alarmism regarding climate change. Proponents of strong political and economic responses to anthropomorphic climate change, like former vice president Al Gore, who featured the hockey stick in his film, An Inconvenient Truth, point to the graph as a symbol of impending environmental catastrophe. [7]

The hockey stick graph has been the subject of enormous debate and criticism regarding its accuracy and predictive power. Many critics, like economists Steven McIntyre and Ross McKitrick of the University of Guelph, have disputed the validity of the hockey stick graph’s data and statistical methods, including, for instance, that Mann downplayed the variability in temperatures prior to 1900. [8]

In 2004, Mann cofounded RealClimate with Gavin Schmidt and Stefan Rahmstorf, to serve as a blog for himself and other climate scientists to post updated scientific findings. [9]

In 2013, Mann joined the advisory council of the National Center for Science Education, a nonprofit which promotes climate change awareness and evolution in the media. [10]

In 2014, Mann wrote an op-ed in the New York Times urging scientists to become more involved in politics. He wrote:[11]

“If scientists choose not to engage in the public debate, we leave a vacuum that will be filled by those whose agenda is one of short-term self-interest. There is a great cost to society if scientists fail to participate in the larger conversation — if we do not do all we can to ensure that the policy debate is informed by an honest assessment of the risks. In fact, it would be an abrogation of our responsibility to society if we remained quiet in the face of such a grave threat.” [12]

Mann also stated in 2014 that it had been his previous stance to seek a separation between science and politics but that the failure of global governments to effectively enact policies to counter-act climate change had forced him to change his position. [13]

Mann is on the advisory board of Climate Mobilization,[15] a left-of-center advocacy group which supports a major restructuring of governments and the economy to combat climate change. In a 2018 blog post for Climate Mobilization, Mann wrote: “I believe a World War II-scale climate mobilization is the transformational idea that can once again unify all of us, in a global effort to avert catastrophic climate change, and live sustainably on this planet.” [16]

In 2019, Mann published a review of Naomi Klein’s On Fire, a collection of essays arguing for the dismantling of global capitalism to fight climate change. In the review, Mann endorses the aims of Klein and the Green New Deal, but argues that climate change can best be combatted through market regulations like a carbon cap-and-trade program. He also criticizes some of the more extreme climate change dangers Klein cites, such as the assertion that oceans are warming 40 percent faster than UN predictions. [17]

Also, in 2019, Mann received the Steven Schneider Award for outstanding science communication due to his efforts to promote climate change awareness. Mann called receiving the award his “proudest achievement.” [18]

Mann has been accused of suppressing the viewpoints of critics who challenge the mainstream opinions regarding the impact of climate change. [19]

In 2009, thousands of emails between scientists at the Climate Research Unit of the University of East Anglia and other climate scientists, including Mann, were leaked by an insider to the public. The emails were purported to show incidents of systematic bias in the scientific climate change community, including the obfuscation of data and suppression of scientists who challenged the climate change consensus. In his emails, Mann appeared to request the deletion of other emails pertaining to data that contradicted his research. In one email, Mann stated that he had been searching for journalists to “investigate and expose” Steve McIntyre, one of Mann’s most outspoken critics. [20]

Mann was investigated by his employer, Penn State University, for suppression of data, misuse of confidential information, and general academic misconduct. He was cleared of all charges. [21] Rand Simberg of the Competitive Enterprise Institute called the clearing a “whitewash,” noting that Penn State only interviewed Mann and supposedly misunderstood the relevant emails. [22]

In 2012, Mann sued National Review columnist Mark Steyn and Competitive Enterprise Institute fellow Rand Simberg for defamation. Steyn and Simberg accused Mann of fraudulently manipulating data and claimed that Mann’s exoneration by Penn State was a “whitewash” and compared Mann’s treatment by Penn State to that of the school’s cover up of Jerry Sandusky’s child molestation crimes. [23] [24]

The defendants filed an anti-SLAPP (strategic lawsuit against public participation) motion to dismiss the lawsuit, arguing that exaggerated language was permissible against a public figure, but that they had printed no falsehoods. The motion was repeatedly dismissed and appealed until the Supreme Court rejected the motion in 2019. As of November 2019, Steyn and Simberg were preparing a defense based on First Amendment grounds. [25]