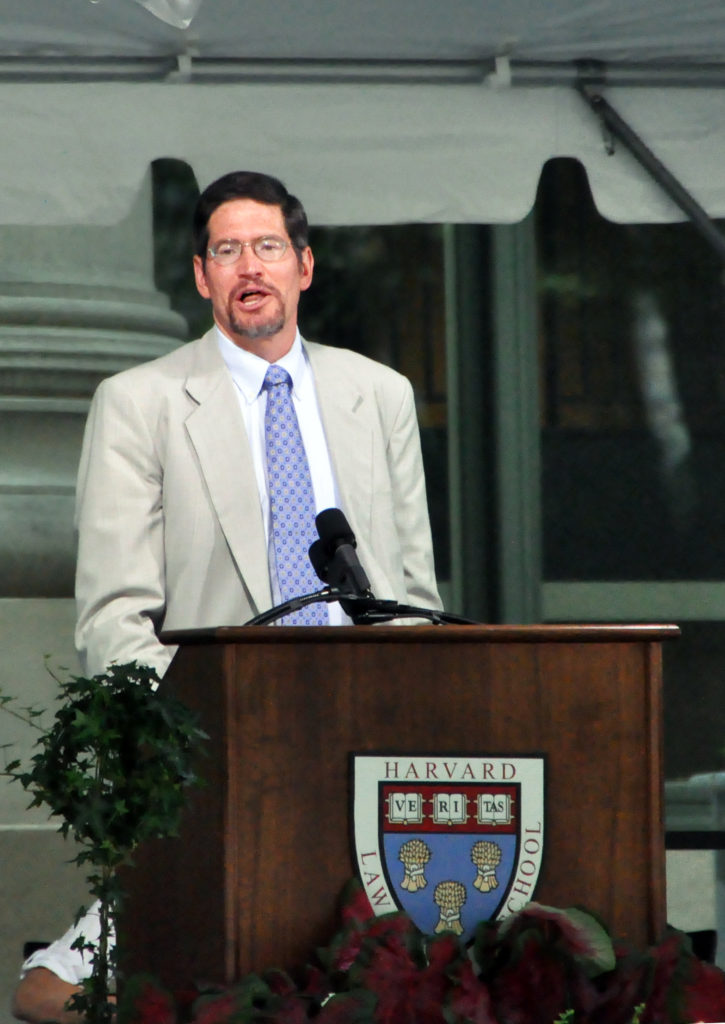 Michael Klarman is a constitutional law scholar and historian at Harvard Law School who promotes left-leaning views of the U.S. Constitution, U.S. Supreme Court, and race theory, specifically the constitutional history of race.

Klarman clerked for future U.S. Supreme Court Justice Ruth Bader Ginsburg from 1983 to 1984, when she served on the U.S. Court of Appeals for the D.C. Circuit. [2]

Klarman became the Kirkland and Ellis Professor of Law at Harvard Law School in 2008, where he has specialized in offering “a revisionist history of the Founding” of the United States. Klarman has published multiple books on racial history in the U.S. and the history of the campaign to legalize same-sex marriage. [3] [4]

Klarman is a noted critic of the Republican Party and the Trump administration, accusing them both of “undermining” American democracy by “gerrymandering” congressional districts, and seeking to “suppress Democratic votes through stringent voter-identification laws and purges of voter rolls” since 2000. [5]

He has called for adding more states to the Union and enacting the National Popular Vote compact in order to bypass the Constitution’s Electoral College. [6]

Klarman supports efforts to “expand the [Supreme] Court” by any number of justices prior to the 2022 midterm elections, since President Joe Biden‘s Democratic Party may lose its congressional majority after the election. In a February 2021 op-ed he entertains the idea that should two “Republican justices” be “tragically killed in an automobile accident” and President Biden fills their seats with “Democratic justices,” refraining from expanding the court’s size, a Republican president elected in 2024 “would pursue Court expansion” to aid their own party. “The real question confronting Democrats,” Klarman writes,” is not whether to expand the Court but when to do so.” [7]

In 2017, Klarman co-signed an open letter from the left-wing advocacy group Fix the Court calling on Congress to enact biennial appointments to the Supreme Court, replacing justices in a sitting president’s first and third years in office. [8] Fix the Court is a front for the New Venture Fund, a major left-wing 501(c)(3) funding and fiscal sponsorship nonprofit managed by the consulting firm Arabella Advisors in Washington, D.C.

Klarman wrote in Harvard Law Review that “dark money” has allowed for the ultra-wealthy to anonymously enable conservatives to do damaging things through secret donor funnels. He describes the presence of “dark money” as dangerous to America’s democracy and blames Republicans for the problem since they, according to him, do not support overturning the Citizens United Supreme Court case and are controlled by dark money. [9]

In Harvard Law Review, Klarman goes on to say Republicans have successfully packed America’s courts with the help of “dark money” and states that autocrats pack courts to “undermine judicial independence.” He goes on to support court packing by the Democrats because the seats have been “stolen” by Republicans.