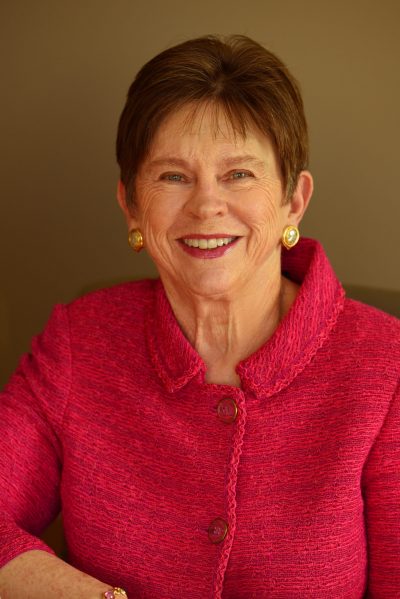 Merle Chambers is a former oil and natural gas CEO, lawyer, investor, and Democratic Party fundraiser and donor. She is also a left-leaning philanthropist whose funding organization, the Merle Chambers Fund, donates to abortion and left-leaning advocacy causes, as well as non-political arts and other entities. [1]

Chambers graduated from the University of California, Berkeley in 1968 with a degree in political science. A former student protestor, Chambers later received a law degree from Hastings College and Master of Tax Law from the University of Denver. She entered legal work in San Francisco before moving to Denver, Colorado. [3]

Chambers was founding CEO of Axem Resources Inc., a gas and oil company, from 1980 through 1997. The Merle Chambers Fund website notes that Chambers “was the first woman inducted into the Rocky Mountain Oil & Gas Hall of Fame” because of her work at Axem. [4]

In the 1992 election cycle, Axem was the 16th-largest source of individual or associated committee political donations in the oil and gas industry. It was the only oil-and-gas company among the top 20 in the industry by political contributions with more donations to Democrats than Republicans; it donated zero dollars to Republicans that year, $234,900 to Democrats, and made $210,200 in “non-partisan” donations. [5]

After she sold Axem, Chambers became CEO of Leith Ventures, LLC, a position which she still holds.

Chambers was married to Colorado museum curator and arts leader Hugh Grant from 1989 to 2017. They continue to promote and work together on artistic philanthropic efforts after their divorce. [6][7]

On her politics, Chambers said in 2009, “My mother was a good liberal, and she gave of her time and talent….That’s where I got the emotional underpinnings of my work.” [9] She donated $430,260 to political candidates and causes from 2011 through 2014, including to the campaigns of then-Senator Mark Udall (D-CO), the campaign of then-Secretary of State candidate and current U.S. Representative Joseph Neguse (D-CO), and to Democratic U.S. Senators Jeanne Shaheen of New Hampshire, Claire McCaskill of Missouri, and Heidi Heitkamp of North Dakota. [10]

Her large donations to the DNC go back decades. Chambers donated $208,000 to the DNC in 1992,[13] $5,000 to the Democratic Senate campaign committee in 1990, as well as a number of smaller donations to candidates. [14] Her first political contributions recorded by the Federal Elections Commission were made in the 1985-1986 election cycle. [15]

Chambers donated $250,000 to help Clinton-related organizations in 1992 and co-organized a fundraiser with Hillary Clinton and Tipper Gore as keynote speakers. According to a book published two years later, Chambers’ goals with the donation and fundraiser were to support abortion rights and oppose a conservative U.S. Supreme Court. [16]

Chambers opposed a 2000 ballot measure in Colorado to require informed consent before an abortion could be performed. That law was defeated by voters. [17] Chambers was one of the top financial opponents of the amendment and donated $15,000 to defeat it. [18]

Chambers and Grant hosted infamous actress and opponent of the Vietnam War Jane Fonda at their home in 2000. [19] The “commitment to choice” luncheon cost $500 to attend and all donations went to Planned Parenthood and NARAL.

In 2018, Chambers donated $100,000 to a ballot effort to raise state taxes for the purposes of providing greater funding to Colorado education. [20] She also made a number of $500 to $2,700 donations to Democratic candidates for Congress, especially female candidates, in 2018. [21] She donated $33,900 to the Democratic National Committee and $10,0000 to the Democratic Party in Colorado.

The Merle Chambers Fund is a private foundation funded and directed by Chambers. [22] It was called “Chambers Family Fund” from its founding in 1997 until 2017. [23]

The Merle Chambers Fund describes itself as focused on funding “organizations and projects” which “are well-positioned to advance social justice, women’s economic security and early care and education.” Their grant provisions are largely limited to groups inside Colorado, and “focus…on policy, advocacy and systems change.” [28]

A matching grant effort by the Fund was made to Planned Parenthood of the Rocky Mountains. According to the Planned Parenthood affiliate’s 2008 report, the Fund helped raise over $1,000,000 for the abortion provider through matching half of the other funds donated. [29]

The Fund made 29 grants in 2017 which totaled $1,498,471. [30] A number of Fund grant recipients are policy and political advocacy organizations, all with left-leaning priorities such as Medicaid expansion, reducing economic inequality, climate change advocacy, and government preferences for low-income renters and homeowners. [31] [32] [33] [34]

The Merle Chambers Fund 2016 annual report shows that it provided NARAL and Planned Parenthood $30,000 and $25,000 respectively that year.

The Women’s Foundation of Colorado received $100,000 from the Merle Chambers Fund for matters surrounding its 30th anniversary. Chambers is a former president and a founding board member of the Foundation, which is located at the University of Denver. The Women’s Foundation’s lexicon is founded upon left-leaning premises, such as “herstory” instead of “history,” and it supports policies such as state-funded contraceptives and abortion, as well as so-called “Equal Pay” legislation. [38]

Other recipients of Merle Chambers Fund contributions were educational and arts institutions. The Kirkland Museum of Fine & Decorative Art in Denver, Colorado, which opened its new location in 2018, received $500,000 from the Fund in 2017. [39] The Fund and Chambers have provided all of the $22 million which was used to build the Museum’s new location. [40]