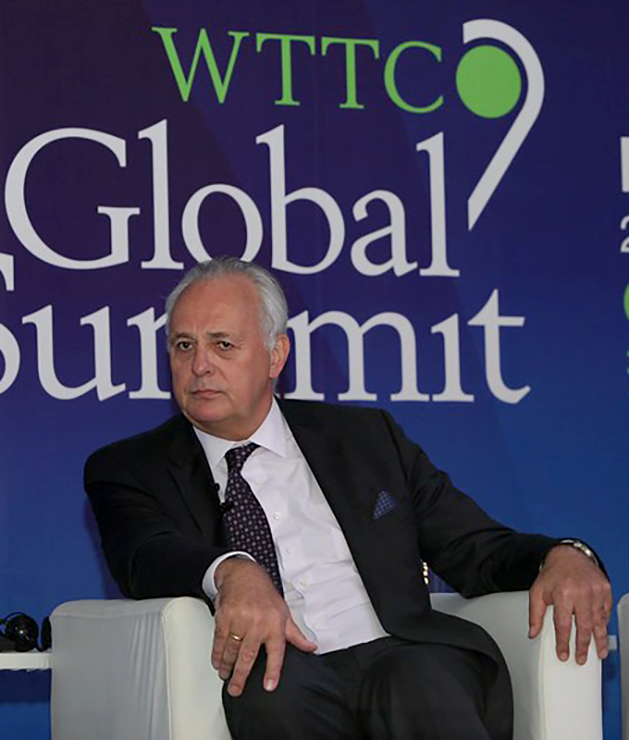 Mark Malloch-Brown is the president of the Open Society Foundations (OSF), one of the world’s largest and most influential grantmaking organizations. Founded by Hungarian-born billionaire financier George Soros, OSF is the center of a network of philanthropic entities advancing Soros’ vision of a global “open society” with expanded international migration and increased wealth redistribution. Malloch-Brown initially joined the OSF Global Board after developing a close relationship with Soros in the early 1990s. [1]

Malloch-Brown is a British national who spent several years as a British government official. He received a knighthood from the British government for his work promoting left-of-center global initiatives and is a member of the House of Lords, the appointed advisory body and upper house of the British Parliament, though he is listed as on a leave of absence. [2] While he is a former member of the Labour Party and minister in the Labour government of Gordon Brown, he left the party in 2012 to sit as an unaffiliated “Crossbench” peer. [3]

Malloch-Brown has worked for several powerful international institutions in addition to OSF and the British Government. He was the head of the United Nations Development Program (UNDP) from 1999 to 2005 and later served as chief of staff to Kofi Annan, the UN Secretary General at the time. He also worked as head of external affairs at the World Bank. Malloch-Brown is affiliated with several academic institutions, including Oxford University’s school of government, the Yale Center for the Study of Globalization, and the policy institute Chatham House. [4]

From 1986 until 1994, Mark Malloch-Brown worked as the lead international partner at the Sawyer-Miller Group, a strategic communications management firm, and eventually became its co-owner. During his time at Sawyer-Miller, he advised left-of-center political campaigns in the Philippines and Latin America and worked on initiatives to privatize state-owned industry in Russia and other former Soviet-bloc nations. [5]

After departing from the firm, Malloch-Brown went to work at the World Bank, where he oversaw a public relations campaign to improve the bank’s image and deflect criticism from environmental activists and Republican lawmakers in the United States. Environmentalist groups have criticized the World Bank for years for funding conventional energy projects, especially in developing countries, and devoting what activists consider insufficient funding to environmentalist energy projects. [6] American conservatives, meanwhile, have criticized an alleged lack of transparency and accountability at the World Bank and other major international institutions. [7]

Malloch-Brown went on to lead the United Nations Development Program, where one of his primary responsibilities once again involved responding to criticism from Republican officials, this time over the “oil for food” scandal in Iraq. [8] The “oil for food” program was created by the UN in the 1990s to partially lift sanctions on the Iraqi government, allowing it to sell oil to pay for food and other essential resources. However, an inquiry committee found that UN officials involved in the program engaged in mismanagement and unethical conduct. [9]

From 2007 until 2009, Malloch-Brown was appointed Minister of State for Africa and Asia by British Prime Minister Gordon Brown. He continues to sit a member of the House of Lords, though he is currently on leave of absence and departed the Labour Party for unaffiliated “Crossbench” status in 2012. [10] In 2009, he re-joined the board of OSF after spending a number of years on hiatus. [11] In January 2021, he succeeded former labor union executive and Democratic Party operative Patrick Gaspard as president of the foundation. [12]

Malloch-Brown has also been the chairman of Smartmatic, a company which provides and maintains electronic voting systems. Smartmatic has at times associated with Dominion Voting Systems, another election systems provider which received criticism from some Republicans following the 2020 presidential election, though many of the Republican claims were found to be meritless. Smartmatic has also come under scrutiny in the Philippines, where an investigation found that the company’s software was “inadequate” and raised questions about “credibility” of the results it reported. [13]

In June 2006, Mark Malloch-Brown gave a speech to the Center for American Progress and the Century Foundation, two major left-of-center think tanks. In the speech, he claimed that the George W. Bush administration was not sufficiently supportive of the UN and labeled “detractors” such as Fox News and right-of-center radio host Rush Limbaugh as the reason for why some Americans have negative perceptions of the international organization. John Bolton, then the United States Ambassador to the United Nations, called the speech “condescending,” “patronizing,” and “a very serious affront” to the American people. Bolton urged then-Secretary General Kofi Annan to disavow Malloch-Brown’s comments, which he also described as “the worst mistake” by a UN official in the last quarter-century. [14]