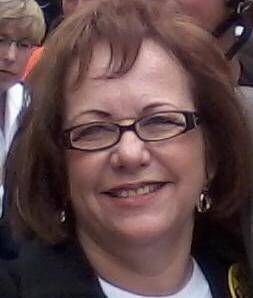 Maria Elena Durazo is a labor union official and Democratic Party politician serving since 2018 as a California State Senator representing parts of Los Angeles County. She has worked as an officer and activist in Unite Here and its predecessor unions since 1985. [1]

Durazo also works as vice chair of the Democratic National Committee (DNC) and as executive vice president of the Governing Executive Council of the American Federation of Labor-Congress of Industrial Organizations (AFL-CIO), a left-of-center labor union.

Following graduation from law school in 1985, Durazo worked as an organizer for the International Ladies’ Garment Workers’ Union (which, following a merger with the Amalgamated Clothing Workers of America in 1995, became known as UNITE) in Los Angeles, California.

In 1987, Durazo ran against Andrew Allen in the Local 11 chapter election for the Hotel Employees and Restaurant Employees Union (HERE), campaigning against alleged resistance to immigrant laborers among Local 11’s leadership. Durazo lost her bid in 1987 but ran again in 1989 and was elected president of Local 11. Durazo led the chapter from 1989 to 2006. During that time, she led hotel workers in protests and sit-ins to advance left-of-center labor policy. During one of these protests, Durazo was arrested, and following her release, she joined the  Unite Here executive board, which formed after the merger of UNITE and HERE. Durazo sat on the board beginning in 1996, and in 2004, she was elected executive vice president. [2]

From 2000 to 2004, Durazo was a member of the AFL-CIO’s immigration committee. As of 2020, Durazo is the committee chair. In 2003, Durzao became the national director of the Immigrant Workers’ Freedom Ride, an advocacy initiative led by Unite Here to encourage liberal expansionist immigration policies. [3][4]

In February of 2006, Durazo was appointed interim executive secretary-treasurer of the Los Angeles County Federation of Labor, AFL-CIO. In the May of that year, the chapter elected Durazo to the same position. Durazo was elected once again in 2010, and that same year, she became executive vice president of the national AFL-CIO Executive Council. [5][6]

In 2018, Durazo won election in the staunchly Democratic district. While in office, Durazo supported legislation to increase the bargaining power of professional basketball stadium employees and legislation to extend the time limit to apply for compensation from the California Victim Compensation Board from three to seven years. Durazo also supported left-of-center education policies, including a bill to expand eligibility for state-funded student loan programs. Durazo has also endorsed liberal expansionist immigration efforts, pushing a bill to expand access to state and local boards for California residents who immigrated to the U.S. illegally. [10]