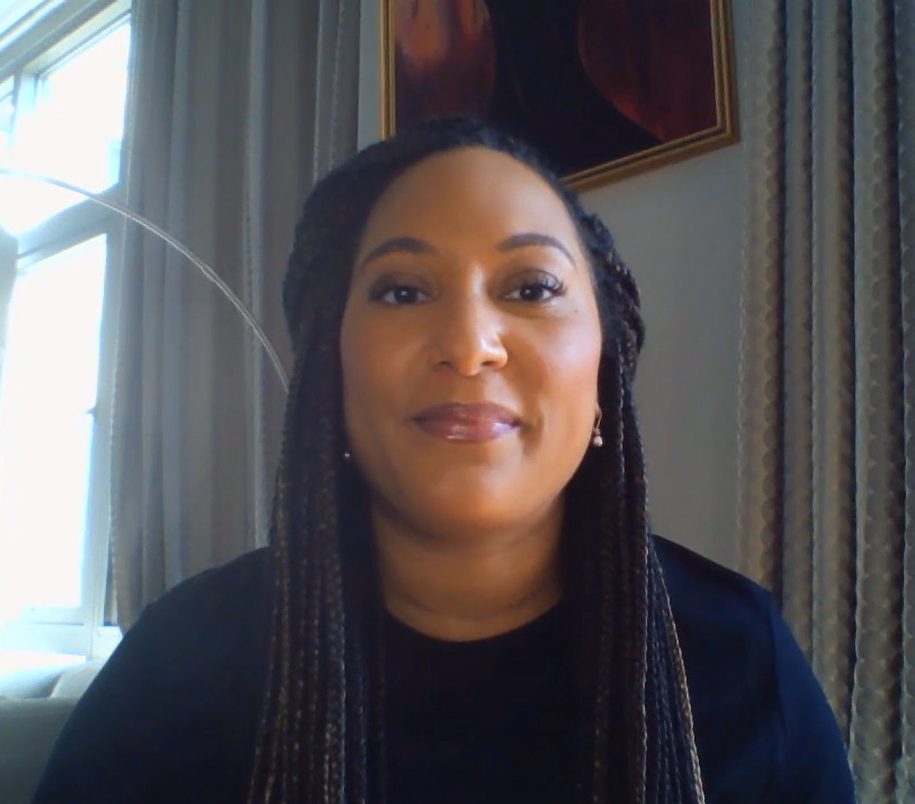 Leigh Chapman is a left-leaning political advocate and attorney. On January 8, 2022, she became the acting Secretary of State for the state of Pennsylvania, a position that places her in charge of the state’s election administration. [1] Immediately before this she was the executive director of Deliver My Vote, a left-leaning political advocacy group that promotes at-home voting in collaboration with other left-leaning nonprofits such as Engage Michigan, ProgressNow, the Center for Voter Information, and the Voter Participation Center. [2] [3]

Throughout her career Chapman has worked for groups promoting left-leaning policy positions and Democratic politics. [4] These include the Leadership Conference on Civil and Human Rights; [5]Let America Vote,a political committee that promotes the election of Democrats and opposes Republicans; [6] and the Advancement Project,a group that opposes laws that permit election officials to require voters to produce a photo identification to validate their identity and legal eligibility to vote. [7]

Chapman has been a strident opponent of voter identification requirements. [8] Even as these laws exist in at least 34 states, [9]she has repeatedly equated voter identification laws with Jim Crow-era racism. [10] [11]Chapman has also supported eliminating laws prohibiting convicted felons from voting [12]and endorsed the involuntary registration of persons eligible to vote who have not chosen to register voluntarily. [13]

Leigh Chapman is a left-leaning political advocate and attorney. On January 8, 2022, she became the acting Secretary of State for the state of Pennsylvania, a position that places her in charge of the state’s election administration. She was appointed to the post by Pennsylvania Governor Tom Wolf(D) on December 27. [14]

Chapman became the fifth Secretary of State appointed to an “acting” rather than permanent position by Wolf and the sixth person to hold the job during Wolf’s first seven years in office. To appoint a permanent Secretary of State requires confirmation by state lawmakers, an approval that had been difficult to obtain. The only person to permanently hold the job during Wolf’s first seven years resigned in early 2021 following the Department of State’s mishandling of a ballot referendum that delayed a public vote on the measure for two years. [15] [16]

According to the Philadelphia Inquirer, several of Chapman’s predecessors had feuded with Republican lawmakers over ballot security in general and specifically the implementation of Pennsylvania’s mail-in voting procedures during the 2020 elections. [17]

The Inquirernoted that the founder of Chapman’s previous employer, Deliver My Vote, was a Democratic political consultant whose firm boasted of implementing “vote-by-mail signup drives, helping to reshape the electorate favorably for Democratic causes.” [18] After the announcement of Chapman’s appointment, one Republican candidate for governor of Pennsylvania issued a news release criticizing Wolf for selecting “another partisan actor” whose “previous employer, Deliver My Vote, is proud of using vote-by-mail to favor Democrats.” [19]

Throughout her career Chapman has worked for groups promoting left-leaning policy positions and Democratic electoral victories.

Prior to her appointment as interim Secretary of State of Pennsylvania, Chapman was the executive director of Deliver My Vote. [20] Deliver My Vote is a left-leaning political advocacy nonprofit that promotes at-home voting in collaboration with other left-leaning nonprofits such as Engage Michiganand ProgressNow. [21]

During her leadership, the Deliver My Vote website listed as “partners” four left-leaning nonprofits: the Center for Voter Information, the Voter Participation Center,Organizing Empowerment, and VoteAmerica. [22]

Prior to becoming executive director of Deliver My Vote, Chapman was the senior director of a voting rights program at the Leadership Conference on Civil and Human Rights. [23] The Leadership Conference is a coalition group comprising 200 left-leaning and left-wing groups such as the National Lawyers Guild, the Laborers International Union of North America, the Sierra Club, and the Natural Resources Defense Council. [24]

Before joining the Leadership Conference on Civil and Human Rights, Chapman was a senior policy advisor for Let America Vote, a political committee that promotes the election of Democrats and opposes Republicans. [25] [26]

In 2015, apparently prior to her work with Let America Vote, Pennsylvania Gov. Tom Wolf(D) appointed Chapman to be the director of policy for the Pennsylvania Department of State. [27]

The biography of Chapman posted by Deliver My Vote states that she “began her voting rights career” at the Advancement Project. [28]The Advancement Project opposes laws that allow election officials to ask voters to produce a photo identification that will validate identity and legal eligibility to vote. [29]

Throughout her career Chapman has promoted left-leaning policy positions.

Chapman has been a strident opponent of state laws that allow election workers to require voters to present some form of identification to prove identity and legal eligibility to vote.

Most state laws permit election officials to demand proof of identity from voters before a ballot is cast. Chapman herself has written that “at least 34 states require voters to show some form of ID to vote.” [30] According to an analysis by Rock the Vote, most of these 34 states also allow election officials to demand a photo identification. [31]

In an analysis she wrote for Let America Vote, Chapman claimed the voter ID laws used in 34 states “create a significant barrier to the ballot box for the 21 million Americans who do not have the required ID.” [32]

Working for the Advancement Project in November 2013, Chapman told a reporter that Wisconsin’s photo identification law was the moral equivalent of Jim Crow-era racist intimidation. Speaking of a 93-year-old African American woman who gave court testimony in a lawsuit against Wisconsin’s photo identification law, Chapman concluded: “Having watched her family brave angry mobs while trying to vote in Mississippi in the 1920’s, Ms. Hutchins now faces a more subtle, yet no less harmful, barrier to the ballot box.” [33]

Working for the Leadership Conference on Civil and Human Rightsjust after the 2020 federal election, Chapman continued to equate voter identification laws with segregation-era racism, explicitly comparing voter ID laws to the “literacy tests” used by southern states to bar Black Americans from voting. [34]

Chapman has been an opponent of laws that ban convicted felons from voting. Testifying in Congress on behalf of the Leadership Conference on Civil and Human Rights in January 2019, Chapman endorsed legislation that she said had “provisions restoring the right to vote for people with felony convictions, and that would get 6.1 million more voters on the rolls.” [35]

According to a 2021 analysis from the National Conference of State Legislatures, only four states have laws that allow for the permanent revocation of voting rights from all convicted felons: Kentucky, Tennessee, Virginia, and Iowa. [36]

The NCSL report shows 39 states and the District of Columbia either have no restriction on felons voting (including while they are incarcerated) or restore voting rights after the felon has completed the terms of the sentence (such as parole supervision after incarceration). Of the seven states that remain, two allow voting rights restoration after either a two-year waiting period (Florida) or payment of all conviction-related fees and fines (Nebraska), and five remove voting rights only from repeat offenders or those convicted of the most serious felonies. [37]

Chapman supports laws that would require states to automatically register persons eligible to vote who have not decided to register their name on the voter rolls voluntarily. Addressing a special election that took place in Pennsylvania while she worked for Let America Vote, Chapman wrote: “Ensuring Pennsylvanians can vote means making it easier to register. We can do that by implementing automatic voter registration.” [38]

Chapman has been a strong advocate for expanding the availability of vote-by-mail programs while simultaneously removing precautions against fraud.

Working for the Leadership Conference on Civil and Human Rights in July 2020, Chapman argued that the federal government should pay for an expansion of “no-excuse absentee vote-by-mail that is available and accessible to all voters with postage paid by the government.” In the same statement, she wrote that “Vote-by-mail should also be conducted along the following guidelines: States should dispense with requirements that voters submit copies of photo IDs …” and reiterated that “Counties should provide pre-paid postage for all return-ballot envelopes.” [39]