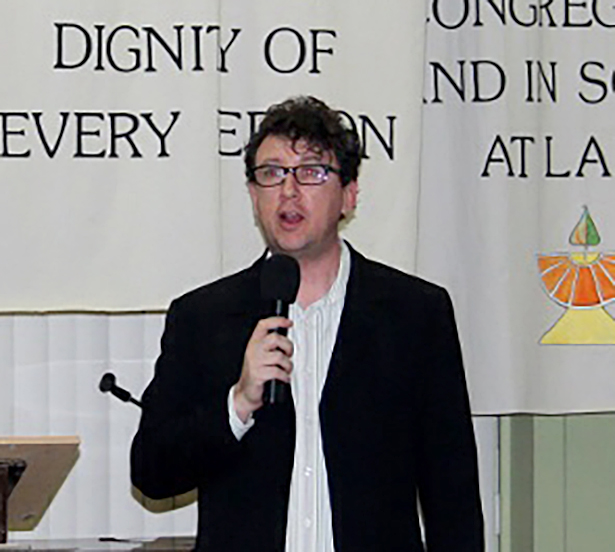 Jason Leopold is an American reporter who currently works as a senior investigator for Buzzfeed News. He has previously worked for numerous other left-of-center media outlets, including Al Jazeera America,[1] Vice News,[2] and Truthout. [3]

Leopold has a history of controversy, with many of his articles being challenged on factual bases, and some being retracted entirely. A 2006 piece in Columbia Journalism Review criticizing Leopold’s inaccurate reporting that George W. Bush White House advisor Karl Rove would be indicted called the false report his “latest addition to his application for membership in the Stephen Glass school of journalism,” a reference to a former New Republic writer who filed fabricated reports. [4]

Leopold began his career in journalism in 1992. He jumped from White Plains, New York, to Los Angeles and then to New Auckland, New Zealand, writing obituaries, court reports, and financial reports. [5][6] Leopold first rose to prominence while reporting on the California energy crisis in the early 2000s, and then the unexpected bankruptcy of Enron. [7]

Leopold authored a memoir, News Junkie, about his experience with criminality and drug addiction, and eventual move into journalism. [8]

In the early 2000s, Leopold worked for the Dow Jones Newswire. He was reportedly fired for a dispute with another reporter, but later learned that he was going to be fired anyway for misreporting facts on an Enron story. [10]

In August 2002, Salon published a freelance article by Leopold entitled, “Tom White Played Key Role in Covering Up Enron losses”; White was at the time Army Secretary in the George W. Bush administration. Just over a month later, Salon retracted the article due to some unsubstantiated claims and two paragraphs which were copied verbatim from an article Leopold had written for the Financial Times. [11]

In 2005, publisher Rowman & Littlefield withdrew publication of Leopold’s memoir, titled Off the Record, after a source in the book (former aide to Gov. Gray Davis (D-CA) Steven Maviglio) threatened to sue on the grounds that Leopold had allegedly “just got it completely wrong” in his account of a discussion the source had with Leopold about energy trading activities. [12] Leopold blamed the publisher, claiming to have removed the disputed material from the final manuscript. [13]

His memoir was later published as News Junkie; in it, Leopold admitted to having been convicted of larceny; in Leopold’s telling, he stole music CDs from his employer to resell to record stores. [14] A Publishers Weekly review noted there was “a lot of lying admitted to in this scrappy memoir.” [15]

In May 2006, Leopold published an article on Truthout claiming George W. Bush White House advisor Karl Rove would be indicted by a grand jury for perjury in connection with a CIA data leak. Rove’s spokesman denied the story, but Leopold and Truthout refused a retraction. Special Counsel Patrick Fitzgerald did not press charges. [16]