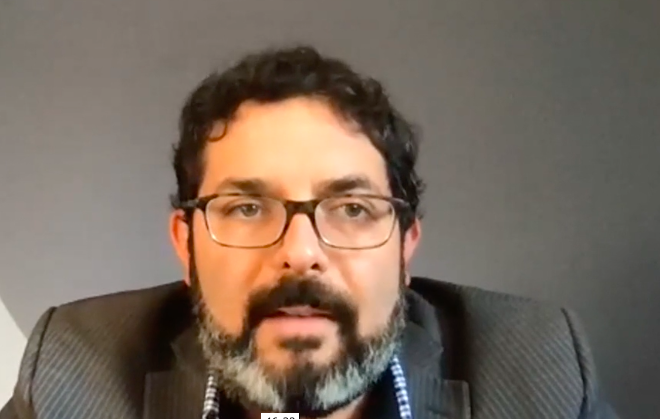 Jake Matilsky is a Democratic activist and the director of the Center for Secure and Modern Elections, a left-of-center voter advocacy group created by the New Venture Fund. Matilsky worked for Organizing for Action, J Street, and ran Montana Voices and Montana Votes, a pair of umbrella organizations for left-of-center activist groups.

Jake Matilsky was raised in New Jersey and was home-schooled. He attended Finger Lakes Community College in New York before transferring to Columbia University’s School of General Studies in 2007. [1] In 2009, Matilsky graduated from Columbia University with a degree in political science. He was a member of Students for a Democratic Society, the Columbia Coalition for Students Against the War, and Students for Justice in the Middle East, and actively protested against military interventions in the Middle East. [2] Matilsky was also a member and get-out-the-vote organizer for the school’s College Democrats club. [3]

Matilsky has traveled in Chile and the Middle East,[4] and earned a language certificate for Arabic from the University of Wisconsin. [5]

Prior to attending Columbia, Jake Matilsky worked as a ranch hand in Kansas and then as a firefighter for the National Park Service in Kings Canyon National Park. [6]

From 2012 to 2015, Matilsky served as executive director of Montana Votes and Montana Voices, two organizations that led a coalition of 28 left-of-center advocacy groups. In 2014, he also worked as campaign manager for Montanans for Free and Fair Elections, $1.9 million campaign that defeated a ballot initiative to eliminate the option for Montanans to register to vote up until 8 P.M. on Election Day. [9]

Starting in 2015, Matilsky acquired a leadership role at State Strategies LLC, a lobbying firm based in Portland, Oregon. Matilsky’s LinkedIn lists him as CEO of the company from 2015 through 2020,[10] but the firm’s registration forms with the Oregon Secretary of State list Matilsky as an “inactive” agent and manager. [11] State Strategies’s website does not mention Matilsky. [12]

At some point from 2016 onward, Matilsky became director of the Center for Secure and Modern Elections, a left-wing voter advocacy group created by the New Venture Fund. [13] Matalisky lists his employer as the New Venture Fund with the Federal Election Commission. [14]

Matilsky is also an advisor for Vote at Home, an left-progressive group pushing for vote-by-mail. [15]