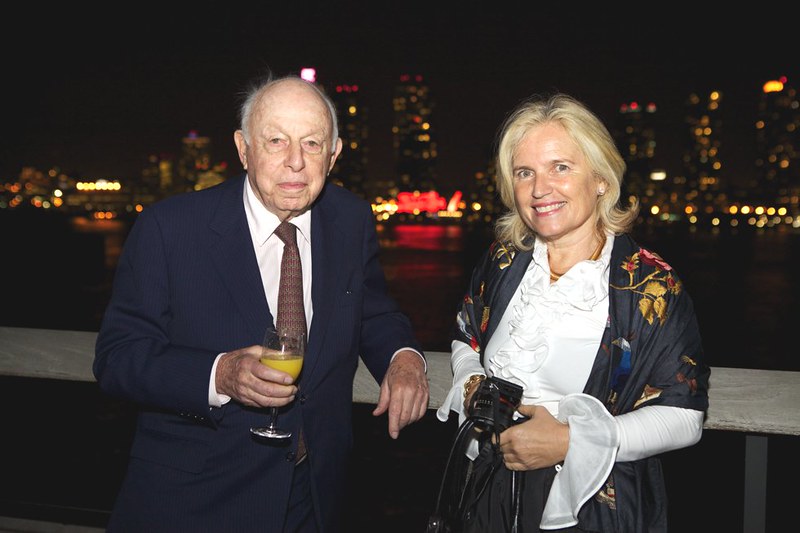 Henry Helmut Arnhold (born Heinrich-Hartmut Richard Gustav Arnhold) was a survivor of the Holocaust who escaped Nazi Germany to become a successful American entrepreneur and philanthropist who sold his businesses for $100 million. [1] In 1963, while chairman of the family banking business, he hired George Soros, beginning what would become a lifelong relationship. [2] Arnhold donated tens of millions to left-of-center environmentalist organizations like Conservation International[3] and pro-abortion organizations like Planned Parenthood. [4] Arnhold died in 2018 at the age of 96.

Henry Arnhold was a German Jew whose family were prominent, multi-generational bankers in Dresden, Germany. When the Nazis took power, their business was seized and the family fled Germany. Arnhold was captured in Norway and imprisoned in a concentration camp but later escaped to Sweden and then the United States. He joined a special military unit called the Ritchie Boys that leveraged refugees’ language skills for espionage and interrogation. After the war, he joined his relatives in running their New York-based firm, Arnhold & S. Bleichroeder, and became chairman in 1960. [5]

Henry Arnhold hired George Soros as an analyst in 1963,[6] and Soros worked there for ten years. They co-founded an offshore investment fund called the First Eagle Fund NV. Arnhold funded it, while Soros managed it for several years until he left to start his own fund. [7] They maintained a relationship whereby Arnhold’s business was the prime broker for Soros’ billions in assets. [8]

Arnhold & S. Bleichroeder was sold for over $100 million in 2002, and the Arnhold focused on First Eagle Investment Management, which was responsible for over $100 billion in assets. Corsair Capital and Blackstone acquired First Eagle in 2015 for about $4 billion. [9]

Arnhold’s investments of time and money went to groups in the arts, healthcare, education, as well as to political organizations. He was president and founder of the Arnhold Foundation, valued at $375 million in 2014,[11] which funded the carbon-tax advocacy group Climate Leadership Council (CLC). CLC is funded by other left-of-center groups such as Conservation International[12] and Arnold Ventures, part of a Democratic mega-funder called the Laura and John Arnold Foundation. [13] Arnhold’s foundation also funded pro-abortion groups such as the National Institute of Reproductive Health and Planned Parenthood. [14]

Arnhold personally donated $7 million to the Zolberg Institute on Migration and Mobility to understand the political ramifications of human cross-border migration, drive policy debate, and challenge labels that portray immigrants as security threats or victims. [15]