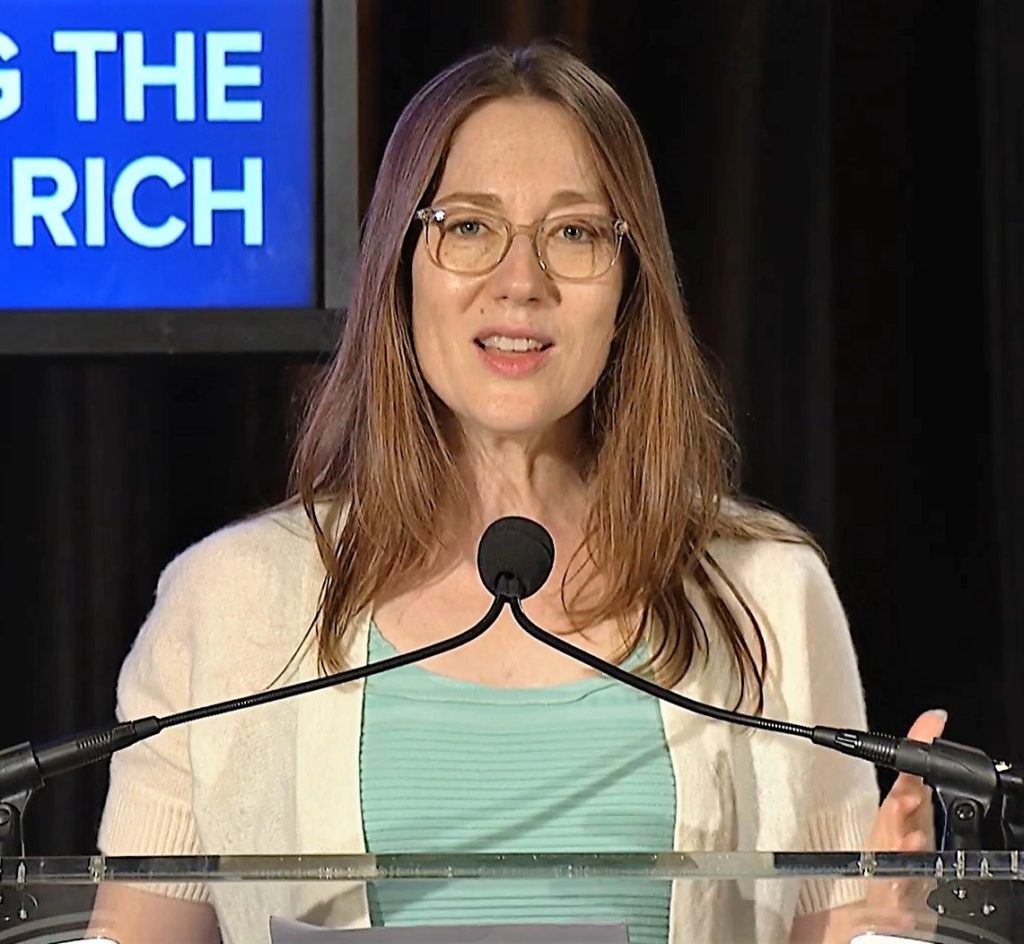 Heather Boushey is a left-progressive economist working as the president and chief executive officer of the Washington Center for Equitable Growth, an organization she co-founded in 2013. She previously worked as an economist for a number of think tanks and advocacy groups including the Democratic-establishment-aligned Center for American Progress (CAP), the left-of-center Center for Economic and Policy Research, and the labor-union-aligned Economic Policy Institute (EPI). [1]

Boushey focuses her research on perceived economic inequality and public policy, especially as it regards employment, social policy, and family. [3]

Along with other left-progressives, Boushey has written that Gross Domestic Product (GDP) is an inaccurate measure of individual “economic success.” According to this theory, the GDP does not account for how wealth is distributed among different income groups. Senate Democratic leader Chuck Schumer (D-NY) proposed a bill in 2019 in Congress that would require the Commerce Department to release data related to wealth distribution along with the GDP; New York Times reported Boushey said that Schumer’s proposal “could be the most significant improvement in economic statistics in decades.” [4]

Boushey has claimed that economic position can be accounted for in terms of gender and race, pointing to the lack of women in high-powered corporate positions and discrimination against minorities in hiring. [6]

Boushey claims in her research that as the structure of the typical American family has changed over the years, businesses have not adapted to having women in the workplace. Boushey largely lays the blame on the lack of government-run child-care options, and is critical of former President Richard Nixon’s veto of the Comprehensive Child Development Bill of 1971, largely supported by then-Senator Walter Mondale (D-MN). [7]

Boushey has worked for the 2016 Hillary Clinton presidential transition team and a number of left-of-center advocacy organizations, including the Democratic-establishment-aligned Center for American Progress (CAP), the left-of-center Center for Economic and Policy Research, and the labor-union-aligned Economic Policy Institute (EPI). [8]

Boushey sits on the board of the Opportunity Institute and is a senior fellow at the Schwartz Center for Economic and Policy Analysis (SCEPA), the economic research arm of the New School for Social Research. [9]

Boushey is a contributing writer to The Atlantic, Democracy Journal, and the New York Times. She is an associate editor of Feminist Economics and is the author of the books Unbound: How Economic Inequality Constricts Our Economy and What We Can Do About It and Finding Time: The Economics of Work-Life Conflict. [10]