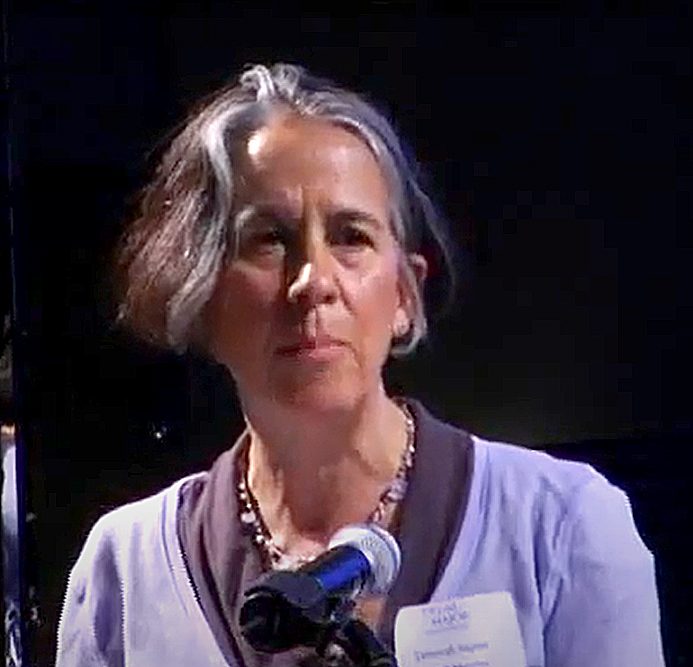 Deborah Sagner Buurma is the president of the left-of-center Sagner Family Foundation. The Sagner Foundation provides monetary support to left-of-center organizations that are politically active in social, economic, and racial policy. She is also the vice president of the Sagner Companies, a residential and commercial real estate development company.

In 1994, the Clinton administration nominated Alan Sagner to serve on the board of directors of the Corporation for Public Broadcasting (CPB). [4] Sagner’s nomination was heavily contested given his ownership of The Nation, a left-of-center magazine that generated concerns that he would not be able to carry out his responsibilities as a board member impartially. [5]

Deborah Sagner provided start-up funding for J Street,[8] a left-of-center lobbying organization that has advocated for anti-Israel. Observers have been critical of J Street for its criticism of Israel and its smearing of the American Israel Public Affairs Committee and other leading American Jewish organizations. [9]

Sagner was previously on the board of directors for the Democracy Alliance, an organization composed of millionaire and billionaire Democratic Party supporters which coordinates donations to left-of-center organizations in order to build power on the political left. [10]

Sagner was referenced in the Chronicle of Philanthropy as having supported the Black Lives Matter movement for many years through the Solidaire Network’s Aligned Giving Strategy program.  Black Lives Matter has been criticized for holding left-wing positions and appearing to condone violent demonstrations in its name. [11]

During the 2016 Democratic presidential primary, Deborah Sagner joined the small list of millionaire donors to Sen. Bernie Sanders’s Presidential campaign who collectively urged him to stay in the primary in March 2016 despite strong indications that he would lose. Sagner and other donors urged Sanders to stick through the entire primary up until the July Democratic National Convention. The donors reasoned that despite the strain his presence would place on the Hillary Clinton campaign, Sen. Sanders was right to remain in the race to stay within the national spotlight and normalize the presence of far-left policies within the media to shift the Democratic Party further to the political left. [12]