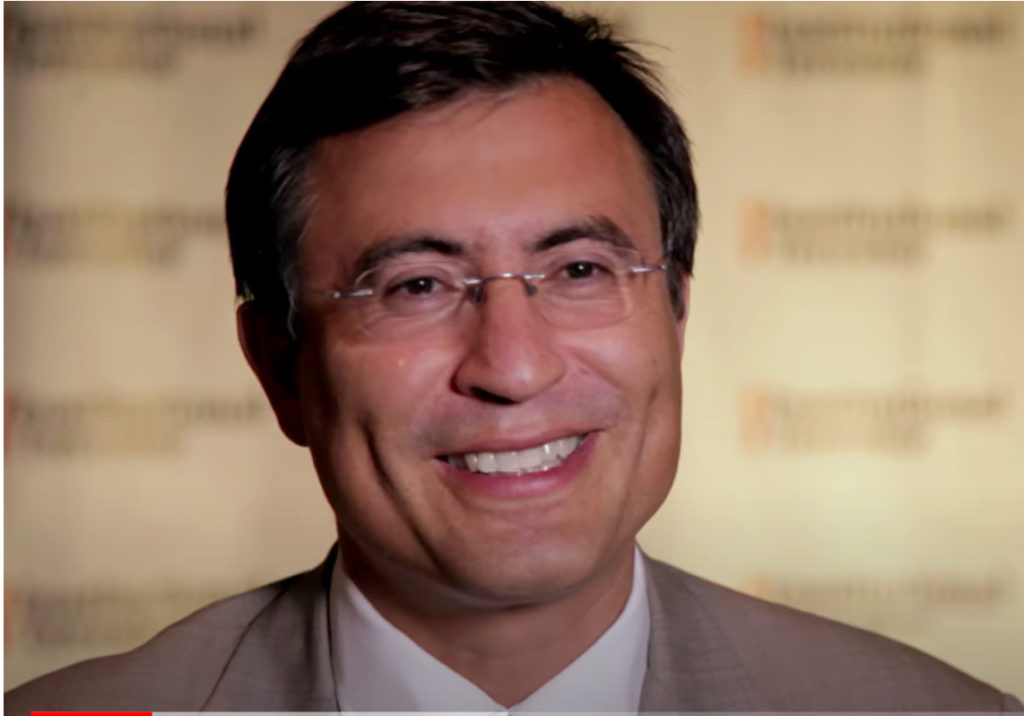 Christopher Hohn is an English hedge fund manager and billionaire philanthropist with a personal fortune of £1.2 billion (approximately $1.56 billion) as of 2019[1] and a net worth of $5 billion as of 2020. [2]

Christopher Hohn is an English hedge fund manager and billionaire philanthropist, born in 1966 to a Jamaican-born car mechanic. Hohn studied at Southampton University before moving to America to study for an MBA at Harvard Business School, where he received the award of Baker Scholar. While studying at Harvard Business School, Hohn met his ex-wife Jaimee Cooper-Hohn (now known as Jaimee Cooper). [7]

After leaving Harvard Business School, Hohn began working on Wall Street for the hedge fund Perry Capital, where he stayed for seven years and earned an estimated £75 million (approximately $97.5 million). [8]

Hohn was ordered to pay £337 million (approximately $440 million) to Cooper in 2014 after the pair divorced. Hohn and Cooper have an ongoing court case as to whether the Children’s Investment Fund Foundation, the charitable arm of the hedge fund, should be forced to pay £270 million (approximately $350 million) to Big Win Philanthropy, a charity Cooper founded after the divorce. [10]

He has been said to use “hardball tactics” with TCI by “scuttling deals, pushing to remove bosses, and battering companies with litigation and threats.” [14]

Hohn was appointed Knight Commander of the Order of St. Michael and St. George in 2014 for his “services to UK philanthropy and international development.” [15]

Hohn has moved towards a more environmentalist and environmental-social-governance (ESG)-related approach to investing in recent years.

After President Donald Trump reinstated the Mexico City Policy, a policy first outlined in the Reagan administration that requires foreign non-governmental organizations (NGOs) to assure they will not “perform or actively promote abortion as a method of family planning” if they are to receive family planning aid from the United States, Hohn pledged $10 million towards the “She Decides” movement, a pro-abortion-rights global fundraising initiative created by the Dutch Government. [16]

Hohn is also known for personally contributing £50,000 (approximately $65,000) to the radical environmental activist organization, Extinction Rebellion (XR). [17] Extinction Rebellion was created in the United Kingdom in mid-2019 from a network of individuals affiliated with Earth First! and Occupy Wall Street,[18] and uses tactics such as the mass occupation of major streets and landmarks,[19] property defacement and destruction,[20] and causing public disturbances outside the offices of major media organizations. [21] Hohn’s co-founded charity, the Children’s Investment Fund Foundation, also contributed £150,000 (approximately $200,000) to Extinction Rebellion. [22]

Hohn also sent a letter to multiple large companies which TCI invests in, including Google and Airbus, stating that TCI would “typically vote against all directors of companies which do not publicly disclose all of their emissions and do not have a credible plan for their reduction,” and warned that TCI will consider selling shares of companies that do not disclose climate risks. Hohn also added that if governments did not force companies to disclose its pollution “investors can force it themselves.” [23]

Hohn claimed that BlackRock, the world’s largest fund manager, was “full of greenwash” as it prides itself in its environmental credentials but didn’t force companies it invests in to disclose their emissions. Hohn added that “asset owners should fire asset managers that do not require such disclosure.” [24]

Hohn, through TCI, sent letters to top executives of the companies he invests in, pressuring them to enact full “decarbonization of economies (net-zero emissions) by 2050.” The companies include Alphabet Inc, Anthem Inc, and Microsoft. [25]

According to a RealClearInvestigations article written on January 6, 2020, Hohn has spent at least $16 million in pushing municipalities into introducing litigation against energy companies due to climate change costs since 2017. [26] Through his Children Investment Fund Foundation (CIFF), Hohn contributed $7 million of that total to the climate activist group Center for Climate Integrity (CCI). CCI is a project of the Institute for Governance and Sustainable Development (IGSD), an environmental policy group headed by climate activist Richard Wiles, who is in favor of taking legal action against fossil fuel and traditional energy organizations. [27]

Despite his contributions to Extinction Rebellion, the standards he holds towards companies he invests in, and his own personal views on the environment, Hohn has a history of hypocritical investing in companies that harm the environment.

Hohn is one of the three largest investors of Aena, the majority owner of Luton airport outside London, and has built up a 4% stake in the parent company of London’s Heathrow Airport, Ferrovial. The stake in Ferrovial is worth £630 million (approximately $815 million). TCI is also the second-largest investor to Getlink, the owner of the Eurotunnel. [28]

Reports from 2020 identified TCI as having held a major position in the airplane manufacturer Airbus,[29] owned a holding in the Canadian National Railway Company, been the largest single investor in Canadian Pacific Railway, held a large stake in the United States railway company Union Pacific (worth approximately $650 million), possessed an investment in the American missile maker Raytheon, and invested in the chemicals company Univar Solutions. [30]