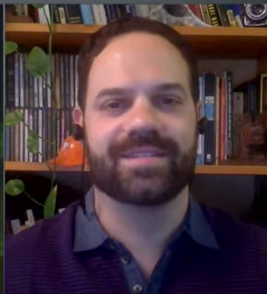 Alex Kotch is a left-wing investigative journalist that writes articles supporting environmentalism, highlighting money in politics, and attacking right-of-center groups. Kotch has worked at the left-of-center Institute for Southern Studies and The Young Turks Network. [1] He currently writes for Sludge, a website dedicated to far-left journalism. [2]

Kotch covered Rep. Ben Ray Lujan (D-NM) supporting the Green New Deal (GND),[3] an environmentalist policy package characterized by critics as a “radical, top-down, socialist makeover of the entire U.S. economy.” [4] Lujan made the announcement at an event hosted by the left-wing environmentalist group Sunrise Movement. In his article Kotch labeled Lujan a moderate in spite of the fact that Lujan is the 4th highest ranking Democrat in the U.S. House and is considered to be a staunch ally of Speaker Nancy Pelosi. [5]

Kotch highlighted that while Lujan will reject donations from oil and coal companies in his 2020 Senate race he will continue to accept donations from energy companies which precludes him from signing the Oil Change U.S. “No Fossil Fuel Money Pledge.” [6] The end of the article is a quote from Sunrise Movement co-founder and executive director Varshini Prakash saying Lujan “should join Rep. Deb Haaland in signing the No Fossil Fuel Money pledge.” [7]

Kotch has written extensively on libertarian philanthropist Charles Koch and his funding of right-of-center organizations through the Charles Koch Foundation (CKF). During the confirmation of Neomi Rao to the D.C. Circuit Court of Appeals, Kotch wrote an article that attempted to undermine her nomination. In his reporting, Kotch cited CKF’s and the conservative Federalist Society’s funding of the Antonin Scalia Law School at George Mason University where Rao was a professor. The article questioned Rao’s credentials even though it states she was a clerk for Supreme Court justice Clarence Thomas and associate counsel and special advisor to President George W. Bush. [13]

Kotch quoted Samantha Parsons, the director of campaigns at the left-wing UnKoch My Campus campaign (which received support from Greenpeace, the American Federation of Teachers, and Center for Media and Democracy), stating that Rao’s “nomination should serve as a warning of the anti-democratic agenda” if right-of-center judges are appointed by President Trump. [14] The article criticizes Rao for leading a deregulatory policy while she served as director of the Office of Information and Regulatory Affairs. Kotch quotes the left-of-center American Constitution Society saying that Rao’s deregulation amounted to “regulatory obstruction.” [15] Kotch also cites Brett Hartl, government affairs director at the left-wing environments group Center for Biological Diversity, labeling the confirmations of Rao, Supreme Court Justice Neil Gorsuch, and Supreme Court Justice Bret Kavanaugh as “damaging and regressive.” [16]

Another article attacks Charles Koch for CFK’s and the Charles Koch Institute’s (CKI) donations to right-of-center media outlets. One group that CKF gave funding to is the Daily Caller News Foundation, which creates content for the Daily Caller news website. Kotch criticized site for its generally positive approach to President Trump and the Trump administration. [17]

He also claims that the Trump campaign during 2016 renting the site’s email list for $150,000 constitutes a “conflict of interest.” [18] Kotch also critiques the conservative website American Spectator for being soft on President Trump for comparing him to Winston Churchill and not labeling him a racist. [19]