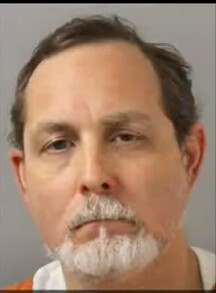 Alex Friedmann is a left-of-center prison advocate who worked for the 2016 presidential campaign of U.S. Senator Bernie Sanders (I-VT). He is a former staff member of the advocacy group Human Rights Defense Center and began writing for its monthly publication, Prison Legal News, while he served a prison sentence for an armed robbery he committed at age 18.

He was arrested in January 2020 for entering an unfinished Nashville prison facility disguised as a construction worker. Once in the facility, Friedmann allegedly attempted to hide firearms and tools inside for prisoners to use in an escape once the facility opened and was charged with offenses related to illegal possession of firearms by a convicted felon. [1]

In 1987, Alex Friedmann was arrested at 18 after attempting an armed robbery at a store that ended in a gun fight with the owner. Friedmann was sentenced to ten years in prison. For six years of his ten-year sentence, Friedmann was incarcerated in the South Central Correctional Facility in Clifton, Tennessee, which was privately owned and operated by the Corrections Corporation of America (CCA). Friedmann has alleged that the prison was abusive towards its inmates and became interested in pursuing left-of-center criminal justice policy after his release. [2][3]

Alex Friedmann was released from prison in 1999 and soon became a left-of-center prison activist. [5]  In 2002, Friedmann became co-chair of the Restorative Justice Coalition of Middle Tennessee, and joined the steering committee of the Public Safety and Justice Campaign led by the left-of-center Grassroots Leadership. [6]

Between 2005 and 2012, Friedmann testified on prison reform issues in front of the Tennessee legislature four times, the Pennsylvania legislature once, and before the United States Congress once. [13]

Friedmann purchased about $2,000 worth of shares in Corrections Corporation of America (CCA), the largest private prison corporation in the United States which operated a prison in which Friedmann was formerly incarcerated. Friedmann became known as an activist shareholder, and in 2012, he introduced a resolution for the company to publish reports twice each year on efforts to reduce rape among prisoners. [14] Only 18.5% of shareholders voted for the resolution, and it was rejected. [15]

In 2015, Friedmann joined the presidential campaign of U.S. Senator Bernie Sanders (I-VT) as a criminal justice and prison reform advisor. Under Friedmann’s guidance, Sanders introduced a bill in the U.S. Senate on prison policy that included banning private prisons, but it failed to pass. [16] Friedmann publicly criticized Sen. Sanders in The Atlantic for his bill being too weak. He claimed that the bill was used for political showmanship rather than real reform, and that it merely proposed “suggestions” without proper enforcement mechanisms. [17]

In January 2020, Alex Friedmann was arrested in Nashville, Tennessee on two felony charges. Friedmann allegedly disguised himself as a construction worker and snuck into the Downtown Detention Center, a prison that was under construction, at least ten times. Police and prosecutors alleged that he stole keys to the facility which opened over 100 doors in the prison. During the break-ins, he allegedly carried bolt cutters, other construction tools, handcuff keys, three firearms and ammunition, and razors. Friedmann also had a detailed map of the prison which he attempted to eat when he was spotted by security. [18]

In a subsequent investigation, the police claimed that Friedmann’s plan was to plant tools and weapons throughout the prison in order to assist the prisoners who would be housed there following the completion of the prison’s construction in escaping. [19][20]

In March 2020, law enforcement searched Friedmann’s home, and police found 21 firearms, including assault rifles and a grenade launcher. [21] In May 2020, Friedmann was additionally charged with felony firearm possession by the U.S. Department of Justice (DOJ). He faces up to ten years in prison. [22]