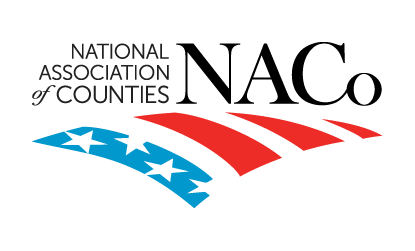 The National Association of Counties (NACo) is the only national organization that represents county governments in the United States. Of the 3,243 counties and county equivalents in the U.S., 2,385 are NACo members, representing 80 percent of the population.

NACo oversees the National Association of Counties Research Foundation, a research and education organization. In 2018, NACo directed over $3 million of its funds to the foundation. [1]

NACo is a member of the “Big Seven,” an informal group of national nonprofits that advocate for local and state governments. The other six members are: the National Conference of State Legislatures, the Council of State Governments,  the National League of Cities, the United States Conference of Mayors, the International City/County Management Association, and the International Municipal Lawyers Association.

In 2020, the National Association of Counties supported the passage of the $2 trillion CARES Act and the $900 billion pandemic relief bill. However, in both cases, NACo condemned the bills for not providing enough relief to counties despite successful efforts to lobby for some county-specific provisions. The December pandemic relief bill included nearly $100 billion in health, food, and unemployment relief funding for state and local governments. [2][3]

National Association of Counties supports civil asset forfeiture, a controversial criminal justice procedure that allows law enforcement to seize property alleged to be involved in crime without a criminal conviction. In 2015, Luis v. United States was filed to challenge local government laws which permitted the freezing of assets of criminal defendants even if the assets were “untainted” by criminal activity. The plaintiffs argued that these laws violated the right of the accused to defend himself as guaranteed in the Sixth Amendment. The State and Local League Center (SLLC) filed an amicus brief against the plaintiff which was co-signed by NACo, and the other members of the Big Seven. In 2016, the U.S. Supreme Court ruled in favor of the plaintiff and local governments were prohibited from freezing untainted assets. [4]

In 2019, NACo and the Big Seven backed another amicus brief in the case Timbs v. Indiana, in which the state’s civil asset forfeiture laws were challenged. The decision ruled in favor of the plaintiff and required that forfeiture laws take the severity of the criminal violation into account when levying penalties. [5]

NACo supports efforts by counties to combat racism. In May 2019, Milwaukee County declared racism to be a public health issue, and more than 50 other member counties since then have made similar declarations. Seven counties have created initiatives or committees tasked with combatting racism. [7]

NACo supported efforts to collect data for the 2020 Census. Among other functions, the census determines the distribution of over $1 trillion in annual federal expenditure. By driving higher census participation, counties gained access to more federal funds. [8]

Infrastructure spending is one of NACo’s top priorities in 2021. On November 17, 2020, NACo issued a statement asking the newly elected 117th Congress to sign the “Build by the Fourth of July” initiative co-created by the U.S. Chamber of Commerce and the Bipartisan Policy Center to pass a new infrastructure bill by July 2021. The initiative asks for Congress to repair the U.S.’s “crumbling infrastructure,” address climate change, stimulate the economy, and reduce the “digital gap.” [9]

In 2020, the National Association of Counties spent $30,000 on lobbying, the lowest amount in over twenty years, exclusively on Medicare, Medicaid, and other healthcare issues. NACo’s lobbying spending peaked in 2017 at $150,000. [10]