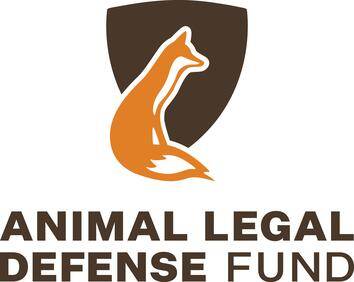 The Animal Legal Defense Fund is a left-of-center litigation group associated with the animal rights and animal liberation movements. The group sues on behalf of animals with the aim of securing formalized civil rights for non-humans. The ALDF was founded in 1979. [1]

The group also advocates for federal and state legislation that would grant animals legal standing to sue in court as individuals and require courts to consider the animal’s wellbeing in a divorce settlement regarding who gets “custody” of the pet. [2] It also staunchly opposes laws permitting hunting[3] and lobbies to restrict and ultimately eliminate animal agriculture. [4][5] As an internal policy, the organization does not allow products made in whole or in part from an animal into its office, or for staff lunches, meetings or official outings. [6]

The organization lobbied legislatures in Alaska and Illinois to pass laws regarding the animal’s interest in a “custody” battle after a divorce. [9] Tony Eliseuson, a senior staff attorney at the ALDF told The New Republic that the custody laws have “formally recognized the sentient interests of companion animals and given the power to the court to put the rights and interests of animals ahead of their guardians.” The magazine placed this in the context of a European Union law that recognizes animals as “sentient beings,” with individual rights. [10]

The organization opposed and sued over the Wisconsin’s 2015 Right to Hunt Act that curbed harassment of hunters, as well as actions to impair a hunter’s line of sight, taking video or antagonizing a hunter. The ALDF claimed the law violated the First Amendment. [11]

The ALDF has teamed with the Lewis & Clark Law School to host the annual Animal Law Conference that started in 1982. [12]

The organization also provides training to local prosecutors on how animal protection laws should be enforced. [14] The ALDF teamed with the American Society for the Prevention of Cruelty to Animals and the National District Attorneys Association to create another group, the National Center for Prosecution of Animal Abuse. [15]

The ALDF further leads an accredited training program for animal control officers and other law enforcement, as well as veterinarians. [16]

In 2017, the ALDF petitioned a federal court on whether a tiger named Tony was an individual. The tiger, which died three months after the lawsuit was filed, lived in a cage at a Louisiana truck stop. The ALDF made the argument as part of a Freedom of Information Act lawsuit. FOIA can be expedited if delaying the release posed a threat to the “the life or physical safety of an individual.” The ADLF extrapolated that if animals were individuals under the law, they could also have the same privilege if their lives are in danger. [17]

The organization also litigated against state laws struck down that prohibited activist from misrepresenting themselves to access farms in order to secretly film what happens. The organization has won suits to strike down the laws on First Amendment grounds. [18]

The ALDF sued the federal government in October 2019 after the U.S. Fish and Wildlife Service and National Marine Fisheries Service announced new rules for enforcement of the Endangered Species Act. The new rules allowed for “delisting” animals that were no longer in danger of extinction, and also allowed government agencies to consider the economic impact of adding a species to the list. [19]

ALDF sued to stop the Trump administration from constructing a wall along the southern border. The dispute is based on a challenge to the Illegal Immigration Reform and Immigrant Responsibility Act, which allows the Department of Homeland Security to waive laws such as the National Environmental Policy Act and the Endangered Species Act to enforce border protection. Other plaintiffs in the case who joined ALDF are the Center for Biological Diversity, Defenders of Wildlife, and the Southwest Environmental Center. [20]

The ALDF also sued on behalf of an Oregon horse in an animal cruelty case, with the goal of establishing a precedent allowing animals to go to court. Matthew Liebman, director of litigation for the ALDF, told the Washington Post, “There have been a lot of efforts to try to get animals not only to be protected but to have the right to go to court when their rights are violated.” [21]

Joyce Tischler and Laurence Kessenick, who were both in private law practices in San Francisco, founded Attorneys for Animal Rights in 1979. In 1984, the organization changed its name to the Animal Legal Defense Fund. [22]

Another co-founder is Roger Galvin prosecuted a high-profile case about cruelty to a monkey in Silver Springs, Maryland while serving as a Maryland assistant state’s attorney. He secured a guilty verdict on one charge of an 11-count indictment, but the conviction was overturned. Galvin resigned his position as a state prosecutor in Maryland and helped co-found the ALDF in California. [23]