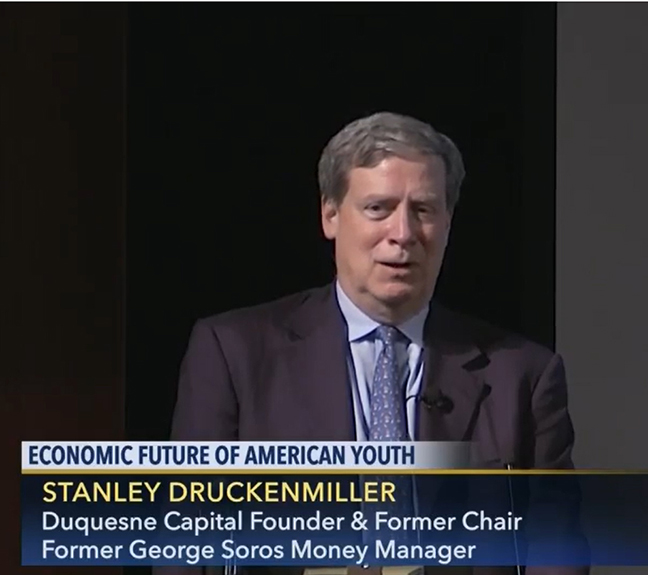 Stanley Druckenmiller is a billionaire investor, philanthropist, and former hedge fund manager who once worked for George Soros’s Quantum Fund and later his own Duquesne Capital Management. He is estimated to be worth approximately $4.8 billion.[1]

Druckenmiller is known to be politically active, backing the presidential campaigns of moderate Republicans Chris Christie, Jeb Bush, and John Kasich.[2] During the 2018 midterm elections, Druckenmiller had donated a total of $152,300 to Republican candidates and none to Democrats.[3]

Stanley Druckenmiller, along with his wife Fiona, established the Druckenmiller Foundation in 1993.[9] In 2009, the couple announced a personal donation of $705 million to the Foundation.[10] According to one profile, “the Chronicle of Philanthropy recognized the Druckenmillers as the most charitable couple in America for 2009.”[11]

Druckenmiller also credits Paul Tudor Jones of the Robin Hood Foundation, along with Jones’s wife, for steering him towards strategic philanthropy.[12]