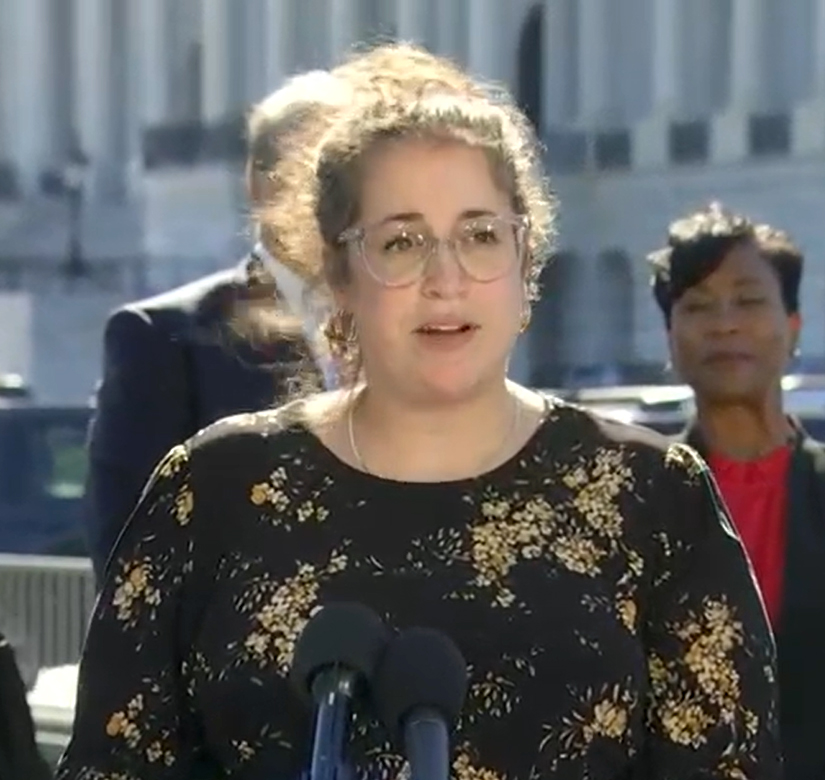 Sarah Michelson Saadian is the senior vice president of public policy at the National Low Income Housing Coalition (NLIHC), [1] a lobby for the low-income housing industry that advocates for taxpayer-funded residential houses and complexes. [2]

Prior to working for NLIHC, Saadian was an analyst for Enterprise Community Partners, [3] a Community Development Financial Institution is a private organization that can make investments in the residential renting market with steep tax discounts as a means of increasing the supply of housing. [4]

Saadian has worked in various positions at the National Low Income Housing Coalition since 2016. She is currently the Vice President of Public Policy, where she has positioned NLIHC as not only a taxpayer funded housing policy advocacy organization, but also an organization that opposes voter integrity laws and supports forced voter registration. [7]

In 2021, along with left-of-center organizations ACLU, Demos, and the National Housing Law Project, Saadian wrote a letter urging the Secretary of Housing and Urban Development to tie funding for housing projects with efforts to weaken voter integrity laws, including making private residential complexes an arm of the state that automatically registers their tenants. [8] In defense of the policy, the letter advocated for forced registration, claiming that “[t]he confusing, sometimes onerous, process of registering to vote keeps more people from voting than almost any other barrier. [9]

In an interview, Saadian advocated for more government spending to extend the COVID-19 moratorium on rent payments. [10] Saadian argued that the $25 billion devoted to rental assistance on January 5, 2021 was insufficient, claiming that the NLIHC estimates $70 billion should be set aside for rental assistance to further extend the rent moratorium. [11]