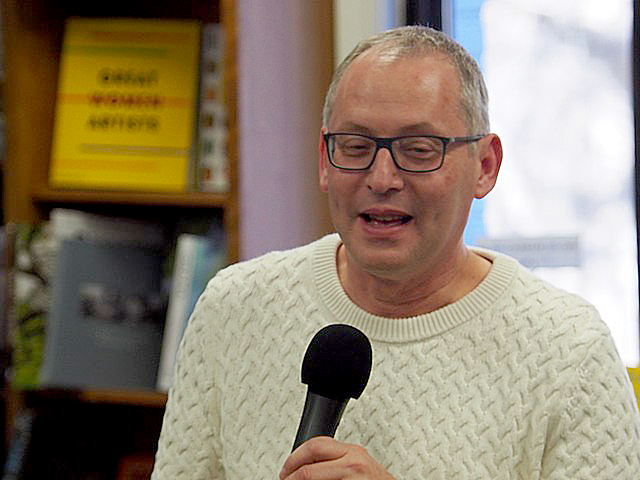 Richard L. Hasen is a professor of law and the Director of the Safeguarding Democracy Project at the UCLA School of Law.[1] He supports increased restrictions on campaign finance, more oversight of local electoral processes, and opposes voter identification laws. In April 2020, Hasen wrote an op-ed for the Los Angeles Times arguing that the Republican Party is using responses to the pandemic coronavirus as a pretext to suppress voting among Democratic-leaning voting blocs.[2]

Hasen has also criticized Republican-led questioning of the results of the 2020 election. He said that “The insurrection at the US Capitol on January 6, 2021, brought on by false claims about the 2020 presidential election, was the opening salvo of a concerted effort to subvert our electoral system. Since then, there have been numerous, alarming attempts to undermine our free and fair elections, including sham audits and calls for ‘decertification’ of election results.”[3]

While finishing his Ph.D., Hasen worked as a clerk for the late Judge David R. Thompson of the U.S. Court of Appeals of the 9th District, appointed by President Ronald Reagan. Once his doctorate was completed, Hasen joined the law firm Horvitz & Levy. [5] He soon left his full-time position at the firm but has remained an advisor and works on a few cases per year. [6]

In 1994, Hasen began his career in academia as a law professor at the Chicago-Kent College of Law. In 1998, he moved to Loyola Law School, Los Angeles.[7]

In 2002, Hasen co-founded the Election Law Review with Daniel Lowenstein from the UCLA School of Law. The journal publishes peer-reviewed articles on elections and voting rights. [8]

In 2003, Hasen created the Election Law Blog, a personal blog focused on the “politics of law, campaign finance, legislation, voting rights, initiatives, redistricting, remedies, and the Supreme Court.” [9] The blog has gained popularity as a source of coverage and analysis of ongoing legal issues in the U.S. [10] The blog has been favorably referenced by Georgetown Law School[11] and the American Bar Association Journal,[12] and has been archived by the Library of Congress. [13]

In 2012, Hasen wrote his first book, The Voting Wars: From Florida 2000 to the Next Election Meltdown, on the legal battles over the controversial electoral results of Florida in the 2000 presidential election. [19]

In 2016, Hasen wrote Plutocrats United: Campaign Money, the Supreme Court, and the Distortion of American Elections, on the impact of campaign finance on the political system. Hasen argued that wealthy donors on both sides of the political spectrum support the current status quo created by the Citizens United decision which permits unlimited contributions to Super PACs. He argues that the Supreme Court should place limits on political contributions to restrict the influence of wealthy donors, even at the cost of free speech. [20]

In 2018, Hasen wrote The Justice of Contradictions: Antonin Scalia and the Politics of Disruption, which presented a mixed view on the career and legal influence of former Supreme Court Justice Antonin Scalia. [21]

In February 2020, Hasen wrote Election Meltdown: Dirty Tricks, Distrust, and the Threat to American Democracy, which analyzes the causes of increasing voter mistrust of the government and electoral process. Two key trends are Republican efforts to enforce voter identification laws, and the record of incompetence of election officials in Democratic-controlled cities. [22]