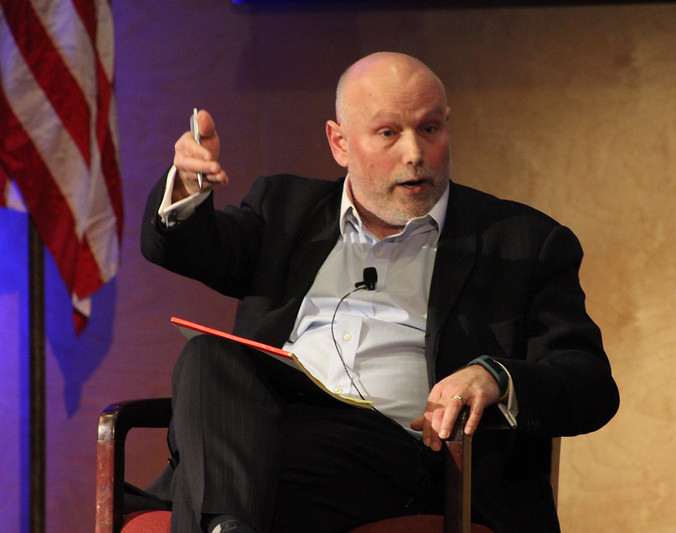 Patrick Rosenstiel is a Republican and business-community political operative working as the CEO of Ainsley Shea, a Twin Cities-based public affairs firm. [1] He is additionally chairman of the center-left Institute for Research on Presidential Elections and its advocacy arm, National Popular Vote, a movement to end-run the Electoral College without a constitutional amendment. Rosenstiel was a former campaign aide for 1996 Republican presidential candidate Steve Forbes and a former executive director of the Trade Alliance to Promote Prosperity.

Rosenstiel is a member of the Federalist Society, a conservative-leaning lawyers’ organization. His experience is primarily in public relations and advocacy, including political campaigns. [2]

Aside from promoting the national poplar vote “interstate compact,” he has also advocated for national defense issues, Social Security reforms, Medicare Part D, and drug re-importation. He has also worked with major companies and advocacy groups such as Pfizer, Progress for America, Business Roundtable, Recombinetics, and the United States Chamber of Commerce. [3]

He is the founder and former chairman of the Trade Alliance to Promote Prosperity. In that position, Rosenstiel led a national lobbying effort asking President Barack Obama to impose a 35 percent tariff on tires made in China. The administration eventually agreed to a 20 percent tariff. [4]

During the President George W. Bush administration, Rosenstiel was a political field director to whip up support in the West and Midwest to push the Senate to confirm John Roberts and Samuel Alito to the U.S. Supreme Court. [5]

Rosenstiel has visited 45 states on behalf of National Popular Vote, an advocacy group lobbying state legislatures to enter into an “interstate compact” and agree to send their electoral votes to the winner of the most ballots cast in a presidential election, whether or not that candidate wins an outright majority. The compact purports to be an end-run around an effort to amend the Constitution. In characterizing his opposition to the current system for election presidents is wrong, Rosenstiel said: “I think the real intention of the national popular vote campaign is to ensure that every voter in this room – Republican, Democrat, unaffiliated, progressive, conservative, liberal – is relevant in every presidential election moving forward, and I don’t believe that the current system delivers on that.” [6]

Rosenstiel contends Republicans should support moving to national popular vote system, and has called it “kneejerk thinking” to believe that Hillary Clinton would have won the 2016 election under this system that he advocates, despite the fact Clinton won over three million more national ballots than Electoral College winner President Donald Trump. He has argued that candidates would campaign differently under a popular vote election, and turnout in various regions of the country would be different. He further argues that every state would be in play, rather than just 12 battleground states. He further argues that Texas could soon become a battleground state, and if its 38 electoral votes go to Democrats, then Republicans have no path to the White House in 2020. Rosenstiel has argued, “Long term, the current winner-take-all system gives Democrats the advantage in presidential elections.” [7]